Where is Killer Clyde Hedrick Now?

With Netflix’s ‘Crime Scene: The Texas Killing Fields’ living up to its title in every way imaginable, we get a complete insight into the dark, twisted, sordid side of human nature many times over. After all, it charts not just the way several women have wound up dead along Interstate 45 since the 1970s but also the possible involvement of felons such as William Reece and Clyde Hedrick. Yet, for now, if you simply wish to learn more about the latter — his past, his alleged offenses, his personal experiences, as well as his current standing — we’ve got the essential details for you.

Who is Clyde Hedrick?

While we unfortunately do not know much about Clyde’s early years or background, we do know he had moved from Florida to Texas as a young adult due to the rise of fast-paced cities like Houston. He subsequently landed a stable job as a roofer in the construction industry, all the while spending his free time hanging around local bars as well as nightclubs to let loose and have fun. According to the three-part original series, he was actually “a good-looking man back in the day” and could dance really well, which is just one of the reasons he “considered himself a ladies’ man.”

However, in reality, he was essentially a “Casanova conman” with an extensive rap sheet documenting a list of complex offenses against minors, strangers, former partners, and the state. A majority of them date back from 1977 to 2000 and include enticing a child, aggravated kidnapping, sexual assault, criminal trespassing, terroristic threat, attempted arson, theft, possession of marihuana, driving while intoxicated, and abuse of a corpse, amongst others. The latter count, in particular, stems from the 1984 disappearance of 30-year-old Ellen Rae Simpson Beason, who was last seen alive leaving the Texas Moon Club in League City with him.

Ellen’s decomposed remains were found underneath a discarded sofa as well as other garbage on a dirt road in Galveston County in July of the same year, making Clyde the primary suspect. Yet since her cause of death could not be determined at the time, his statements of the duo going swimming after clubbing, where she accidentally drowned, could not be positively contradicted. Officials thus had to stick to his narrative — he said he disposed her off along the isolated path in a panic, in fear of being accused of foul play — leading to a conviction for corpse abuse in 1996.

Where is Clyde Hedrick Now?

Nevertheless, everything changed once Ellen’s body was exhumed in 2012 — her revised autopsy declared she suffered skull fractures, meaning she’d been hit on the head with a blunt object before drowning. Clyde was hence arrested on a single count of murder, only for a Galveston County jury to find him guilty on the lesser charge of involuntary manslaughter at the age of 60 in 2014. He was subsequently handed the maximum penalty of 20 years in prison, but it was the details in the overall court documents that caught everyone’s eyes; details linking him to the Killing Fields. 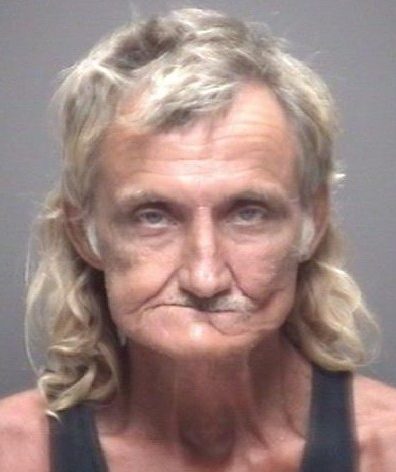 A notice of intent within the records, submitted by prosecutors while preparing for trial, had the statement; “In Galveston County, Texas, between the years 1991 and 1993, the defendant (Clyde Hedrick) would come back home with a different shirt and would be saying repeatedly that he had ‘done it again.'” Then there were two accusatory assertions; while one read he’d had sex with and knowingly killed 16-year-old victim Laura Miller on September 10, 1984, the other remarked he intentionally murdered 25-year-old Heidi Fye on October 7, 1983.

However, despite this and Laura’s father, Tim Miller, winning a wrongful death lawsuit against him in 2022, Clyde has never formally been indicted in connection to any death except Ellen’s. Tim was granted more than $24 million in liability as well as damages, plus court costs and annual interest, as a result of the civil claim he’d brought against the convicted felon, yet the motion was only granted by default because he’d failed to appear in court despite notices.

The truth is Clyde Edwin Hedrick was released from the Estelle Supermax Penitentiary in Huntsville in early October 2021, upon serving a mere (nearly) eight years on good behavior, based on a technicality. He was then placed on mandatory supervision and sent to a Houston halfway house, where he seemingly remains to this day.

Read More: Robert Abel: Was He the Texas Fields Killer? How Did He Die?