Robert Abel: Was He the Texas Fields Killer? How Did He Die? 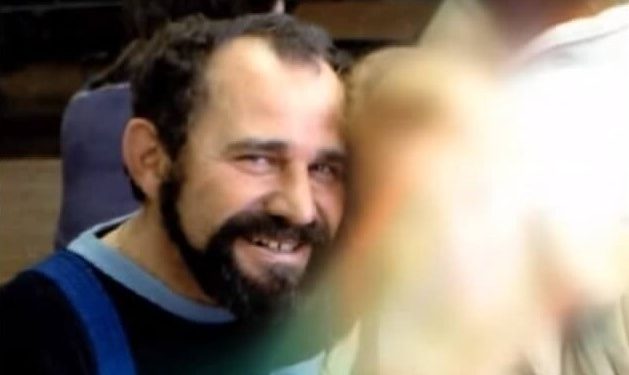 Netflix’s ‘The Texas Killing Fields’ is an eye-opening documentary series that chronicles how several bodies of missing girls and women were recovered from a stretch of marshy oil field along Calder Road in League City, Texas, between the 1980s and 1990s. While the discoveries gripped the city in fear, the police were faced with several challenging murder inquiries, which had more twists and turns than they could ever imagine. However, as the show portrays, the investigation soon led to Robert Abel, who was considered a suspect for a long time. So now, let’s find out more about him as well as his alleged involvement, shall we?

Within a mere decade, the bodies of four women were recovered from a 25-acre marshland along Calder Road in League City, Texas. The first one was of 23-year-old Heide Fye, who went missing on October 10, 1983, only to be discovered almost six months later. It was on April 4, 1984, when a woman’s dog suddenly ran off into the wilderness near the field, but the shocking aspect was that he returned with a human skull in his mouth. Upon the ensuing investigation by officials, a whole set of near skeletal remains came to light, identified as that of Heide, who was killed by blunt force trauma to the head.

Then, mere months later, another local resident, Laura Miller, also disappeared from a nearby store. She’d walked down there to use a pay phone on September 10, 1984, just to never be seen or heard from alive again. Although her father, Tim Miller, noticed several similarities between Heide and Laura’s disappearances, the authorities considered them utterly unrelated.

However, everything changed once two young boys located Laura’s body in the same stretch of land in 1986. That’s because while attempts to recover her remains as safely as possible were being made on February 2, 1986, local law enforcement came across a third body, which remained unidentified at the time.

As if that’s not enough, a fourth (and final) nearly decomposed skeletal corpse was located by local residents in the same field on September 8, 1991, which also remained unidentified for decades. Eventually, in 2019 the remaining bodies, Jane and Janet Doe were positively identified as that of Audrey Lee Cook and Donna Prudhomme, respectively. Audrey had disappeared from the Houston area around December 1985, whereas the Nassau Bay resident Donna had gone missing in July 1991.

Although the police were faced with four complex murder investigations, the leads were quite difficult to come by owing to a sheer lack of witnesses or concrete evidence. Moreover, there was nothing in common between the four victims except for the location where their bodies had been disposed of — their age range, styles, appearances, and physiques were all different.

Nevertheless, upon following several clues that led to dead ends, authorities finally zeroed in on local resident Robert Abel, who owned a ranch right beside Calder Field, and was a previous employee of NASA. However, detectives reportedly suspected Robert only because of his proximity to the crime scene and his alleged aggressive personality — experts had determined he was a perfect fit for the profile of a serial killer. After all, several of his ex-wives as well as partners had accused him of domestic violence and mental torture, with one claiming he even hurt his horses by beating them with a pipe.

Robert, though, immediately insisted on his innocence and always maintained he was not involved in the murders in any way, shape, or form. On the other hand, detectives continued to carry out their usual investigative procedure, which included a thorough search of his ranch, house, as well as vehicles. Yet, they found nothing to directly connect him to the deaths and thus could not apprehend him. Meanwhile, Tim Miller grew convinced of Robert’s hand in the homicides and searched the area himself, which is when they found some personal items belonging to the females, according to the Netflix original. Nevertheless, even they could not directly tie Robert to the heinous offenses, driving Tim to back off and the investigation to gradually move in another direction.

How Did Robert Abel Die?

As per reports, once Robert became a suspect in the Calder Field murder investigation, people began alienating him from their lives. He thus slowly realized that very few believed in his claims of innocence, especially as locals began avoiding him in public places as well. In fact, Texas Monthly reporter Skip Hollandsworth explained Robert’s ordeal by saying, “Once his name came out, he was this pariah in south Texas. Teenage boys would drive past his stables…and shout out, ‘killer. You’re the killer.'” As such behavior from people he believed to be his friends was difficult to bear, he began living a lonely life and ultimately relocated. Although Tim later apologized for his behavior, it was already too late as Robert was consumed with fear of unwarranted retaliation.

Eventually, around July 2005, 65-year-old Robert William Abel was driving a golf car when he suddenly stopped right on the nearby railway tracks, allowing the train to hit him. The police soon ascertained the incident as death by suicide, and even the general consensus believes that he chose death as he did not want to go on leading such a lonely life. Interestingly, in 2013, a fellow League City resident named Clyde Hedrick was arrested for the unrelated murder of Ellen Beason, only for the ensuing legal proceedings to indicate he could be the Texas Fields Killer. Yet, nothing has been officially corroborated, meaning all four homicides, unfortunately, remain unsolved to this day.