Where is Negan? Is Jeffrey Dean Morgan Leaving The Walking Dead?

When the ardent admirers of AMC’s post-apocalyptic series ‘The Walking Dead’ had to watch Negan beating fan-favorite character Glenn to death, many wouldn’t have guessed that the leader of the Saviors would become one of the saviors of Alexandria in the show’s narrative. Negan plays a pivotal part in Maggie’s mission to scavenge Meridian for food supplies for the survival of the Alexandrians. After defeating the Reapers and garnering required food supplies, Negan parts ways with the team and walks away on his own. If you are curious about Negan’s whereabouts, we have got you covered! SPOILERS AHEAD.

Even though Negan and Maggie team up for the sake of Alexandria, their journey together is nothing but conflictful. In the eleventh season, Negan even ignores Maggie when she is about to fall to a horde of walkers from a train car. When Maggie confronts him about it, Negan explicitly reveals that he didn’t save her because she is a threat to his life. It isn’t a surprise that Maggie cannot forgive the killer of her beloved Glenn. Still, they arrive at a truce when Negan offers to help Maggie and others to act as the Whisperers to get into Meridian in between a walker attack.

Negan’s guidance leads Maggie to victoriously complete her mission. The Alexandrians defeat the Reapers and garner the food supplies from Meridian. However, the truce between Negan and Maggie ends with the completion of their objective. When Maggie grieves Alden’s death, Negan meets her and says that they can never be friends or allies. Negan’s realization that his life will always be compromised in Maggie’s presence influences him to part ways with her and her team to live on his own. Without revealing his future whereabouts, Negan just departs into the woods.

When Negan encounters Maggie’s wrath, which gets unleashed on Leah and her men, he understands that such a fit of rage is all that it takes for Maggie to kill a life, potentially his as well. Considering the turbulent history they have, especially concerning Glenn’s death, Negan realizes that he will always be fearful of Maggie getting tempted to end his life or vice versa. To avoid such an occurrence, he decides to live on his own, where he will be the master of his fate. As Carol suspects, Negan also comes to comprehend that he and Maggie shouldn’t co-exist, influencing his departure from Alexandria to an unknown region.

Negan’s complex and potentially life-threatening relationship with Maggie paves the way for the former’s unexplained departure. When Daryl and others reach Alexandria, all he can respond to the queries concerning Negan is that the former foe isn’t coming back. The tensions with Maggie, his existence as an outsider among the Alexandrians, and the lack of strings tying him to the community make it easier for him to just walk away. Negan’s unexpected decision led the fans of the show to worry about the character’s fate and the possibilities of his departure without a return. 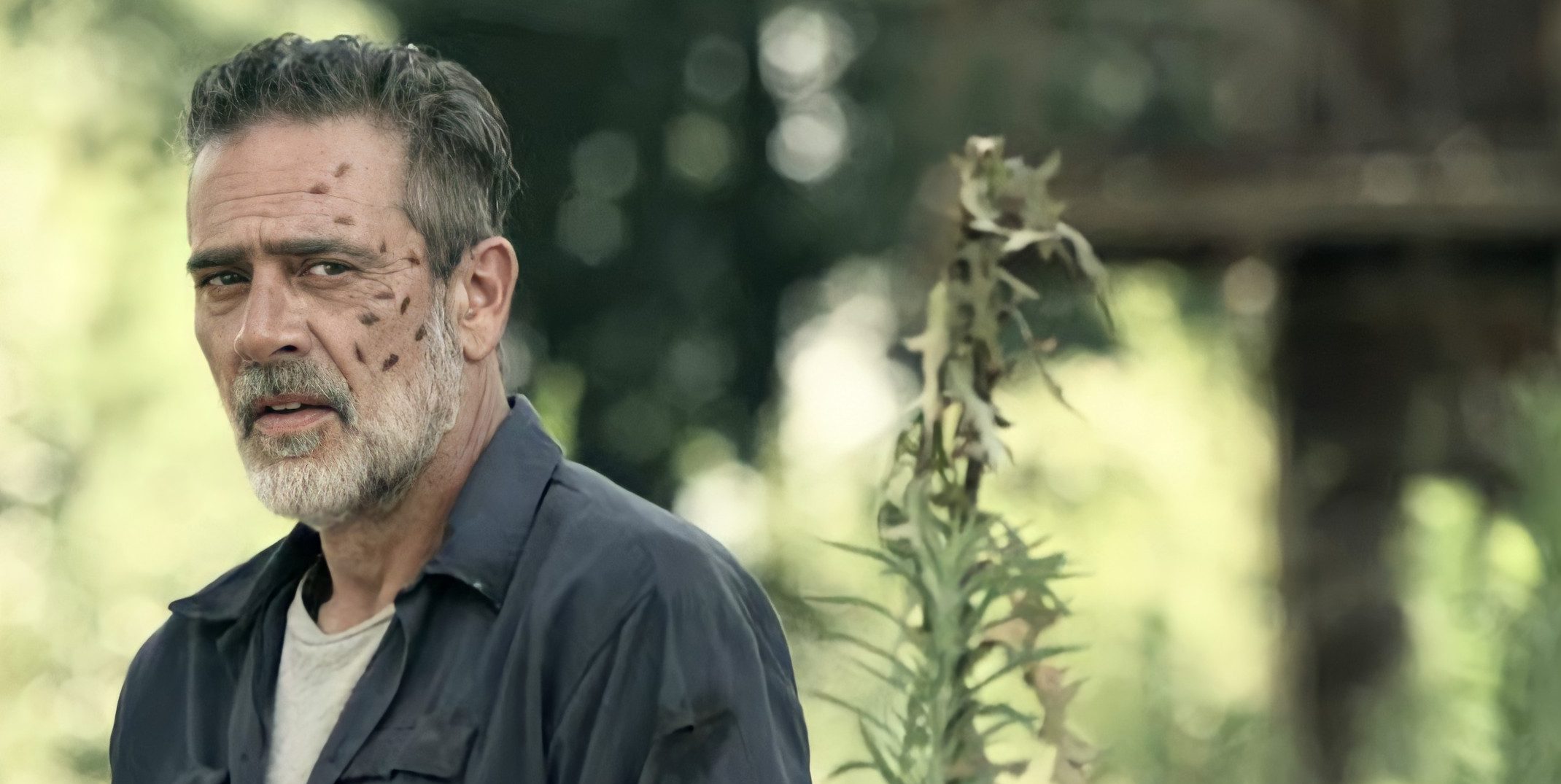 However, neither AMC nor Jeffrey Dean Morgan has released an official statement or announcement regarding Negan’s supposed departure. Furthermore, the actor was part of the show’s cast that was filming the last two episodes of the show in February 2022. Morgan’s participation ensures that Negan’s storyline doesn’t end with the ninth episode of the eleventh season and the actor hasn’t left the show prior to its conclusion. Negan’s one-man journey can be an individual storyline rather than the conclusion of the character.

As the presence of the Commonwealth changes the fates of the survivors, we may see Negan’s journey coming to an end in the civilized community. Since Lance Hornsby’s Alexandria visit is expected to alter the fate of the community, Negan may come back for the sake of Carol and others. Although the devilish deeds he had done prior to his admission to Alexandria will not fade away, Negan does care for the community and we can very well expect his presence if Alexandria faces a threat in any shape or form.

Read More: Will Leah and Daryl End Up Together in The Walking Dead? Theories