Where is Netflix’s Drink Masters Filmed? 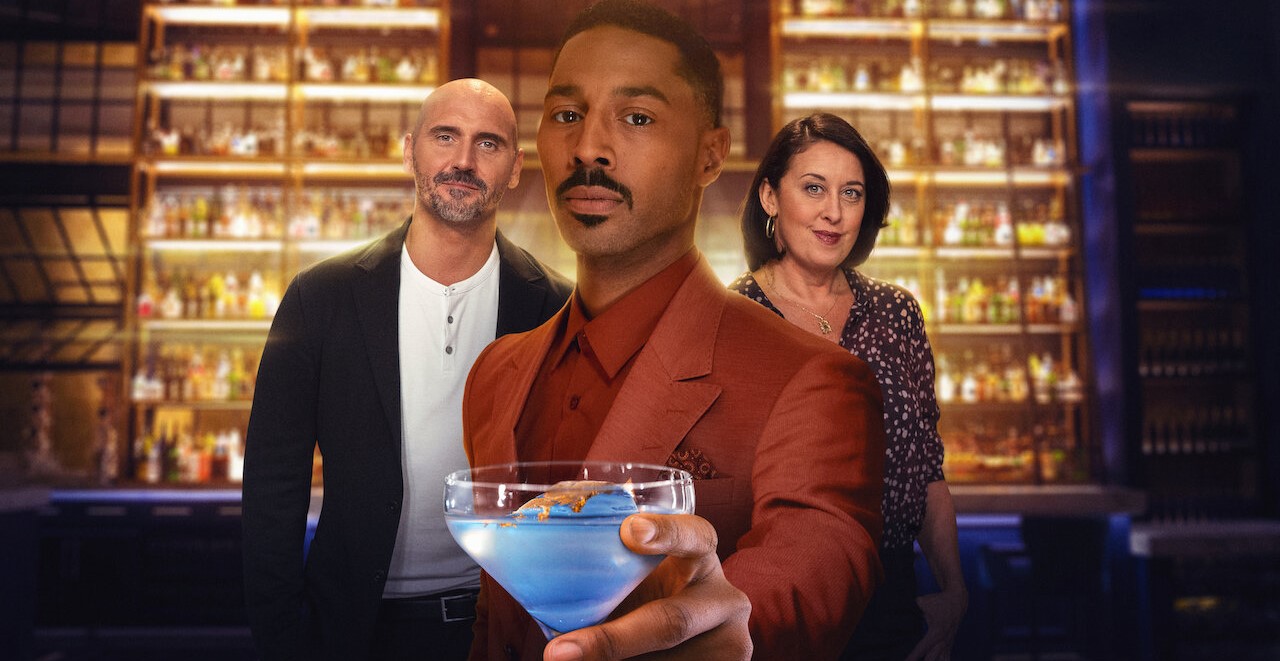 Created by Tim Warren and Matthew Hornburg, Netflix’s ‘Drink Masters’ is a reality television series that brings together 12 competent and world-class mixologists from different parts of the world. These innovative mixologists have to be creative and infuse, stir and blend unique kinds of cocktails in order to showcase their cocktail-crafting skills to the judges — Julie Reiner and Frankie Solarik — in front of them. The contestants are put through a series of different cocktail challenges to earn the title of the Ultimate Drink Master and win a cash prize of $100,000.

The Netflix show follows a familiar format of other reality series, but it involves a fresh twist that involves cocktails. What makes it all the more entertaining is the inclusion of stand-up comedian Tone Bell as the host. Since it is shot using an interior space, it is natural for you to wonder where the show is actually filmed. Well, allow us to fill you in on all the details about the same and appease your curiosity!

‘Drink Masters’ is filmed in Ontario, specifically in Hamilton. As per reports, the principal photography for the inaugural iteration of the reality show commenced in October 2021 and seemingly wrapped up in November of the same year. Situated in Central Canada, Ontario is the country’s most populous province and the second-largest province in terms of total area. So, without further ado, let’s see where the mixologists go head to head against one another and compete for the title of the Ultimate Drink Master!

All the pivotal sequences for ‘Drink Masters’ are lensed in Hamilton, a port city in the Ontario province of the Great White North. To be specific, the production team utilizes the facilities of a huge sound stage with nine cameras on a pair of long bars, chandeliers, bar stools, velvet fabrics, numerous shelves of bottled spirits, and an entire kitchen from where the contestants get all their ingredients.

Situated on the western end of the Niagara Peninsula in Southern Ontario, Hamilton is home to a number of tourist attractions, including the HMCS Haida National Historic Site, the Royal Botanical Gardens, the Canadian Warplane Heritage Museum, the Canadian Football Hall of Fame, and the Cathedral of Christ the King, to name a few.

Apart from tourists, the port city is often visited by many filmmakers for shooting purposes as well. Over the years, Hamilton has hosted the production of different kinds of movies and TV shows. Some of the notable ones are ‘Nightmare Alley,’ ‘The Shape of Water,’ ‘The Incredible Hulk,’ ‘The Mortal Instruments: City of Bones,’ ‘The Handmaid’s Tale,’ and ‘The Umbrella Academy.’