Where is Netflix’s The Green Glove Gang Filmed? 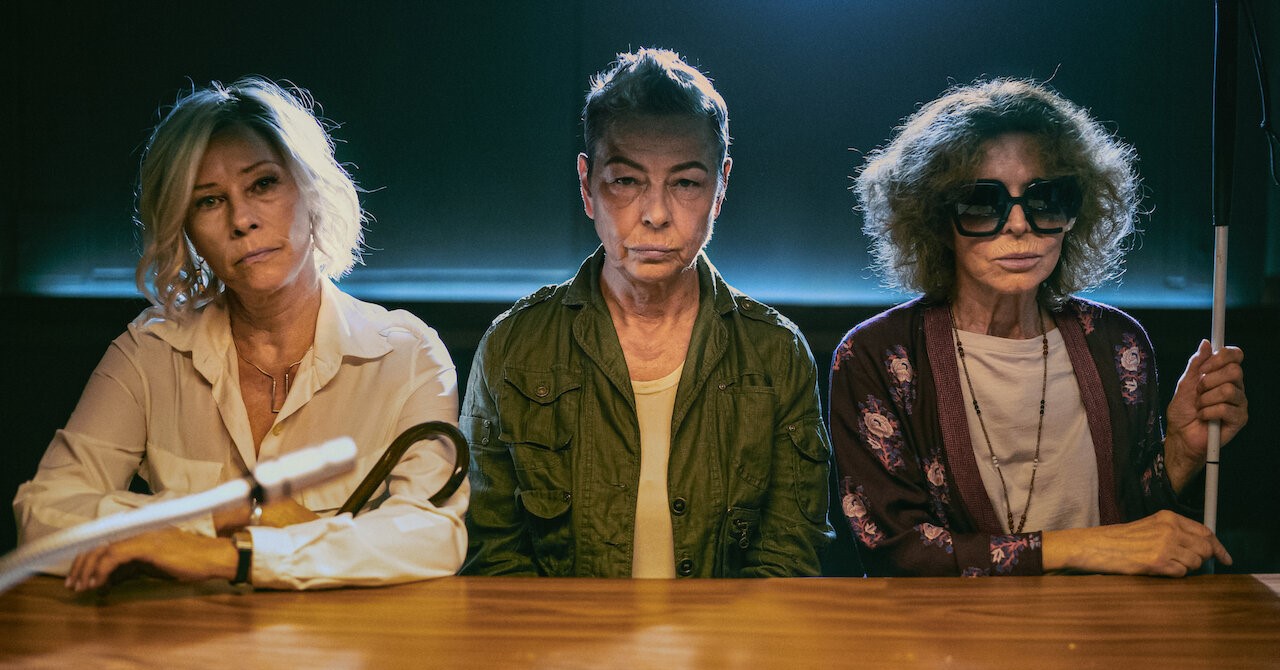 Created by Joanna Hartwig-Skalska and Anna Novak-Zemplinska, Netflix’s ‘The Green Glove Gang’ (originally titled ‘Gang Zielonej Rekawiczki’) is a Polish comedy crime series that follows a gang of three elderly women thieves — Zuza, Kinga and Alicja. When their identities are compromised after their latest heist, the three burglars decide to hide out in a secluded and quiet nursing home in order to evade the officials looking for them. Although the police are on the heels of the thieves, it doesn’t stop the gang from doing what they do best.

However, while they stay at the nursing home, the trio comes across a sinister secret of the place. The suspenseful yet hilarious narrative is complemented by impressive performances from a talented ensemble cast comprising Magdalena Kuta, Małgorzata Potocka, Anna Romantowska, and Miroslaw Zbrojewicz. Moreover, the backdrop of the isolated nursing home and several other interesting locations seen throughout the series makes one wonder where ‘The Green Glove Gang’ is shot. If you are paddling the same boat of curiosity, allow us to provide you with all the necessary details!

‘The Green Glove Gang’ is filmed entirely in Poland, seemingly in Warsaw. Situated in Central Europe, Poland is ranked fifth among the most populous European Union member states. Considered a developed market and a middle power, Poland has one of the largest economies in the European Union by GDP (nominal). Thanks to its vast and diverse landscape, the country serves as a prominent production location for various movies and TV shows, including ‘The Green Glove Gang.’ Now, let’s not waste any time and find out all about the specific sites that appear in the Netflix series!

It seems that all the pivotal sequences for ‘The Green Glove Gang’ are lensed across Warsaw, the capital and largest city of Poland. From the looks of it, the filming unit seemingly travels around the city to tape different scenes against suitable backdrops. As far as the exterior scenes involving the nursing home are concerned, they either utilize the premise of a real-life nursing home or a secluded building to stand in for the one shown in the series. As for the interior scenes, it is possible that the cast and crew members set up camp in one of the film studios in the city.

Located in east-central Poland, Warsaw is home to more than 60 museums and galleries accessible to the public. Some of the popular ones are the Poster Museum, the Museum of the History of Polish Jews, the Museum of the Polish Army, the National Museum, the Warsaw Uprising Museum, and the Zachęta National Gallery of Art. Moreover, the city has hosted the production of a number of filming projects over the years, such as ‘The Pianist,’ ‘Broad Peak,’ ‘Mr. Jones,’ ‘High Water,’ and ‘Sexify.’