Where is Queens of Mystery Filmed? Is it a True Story? 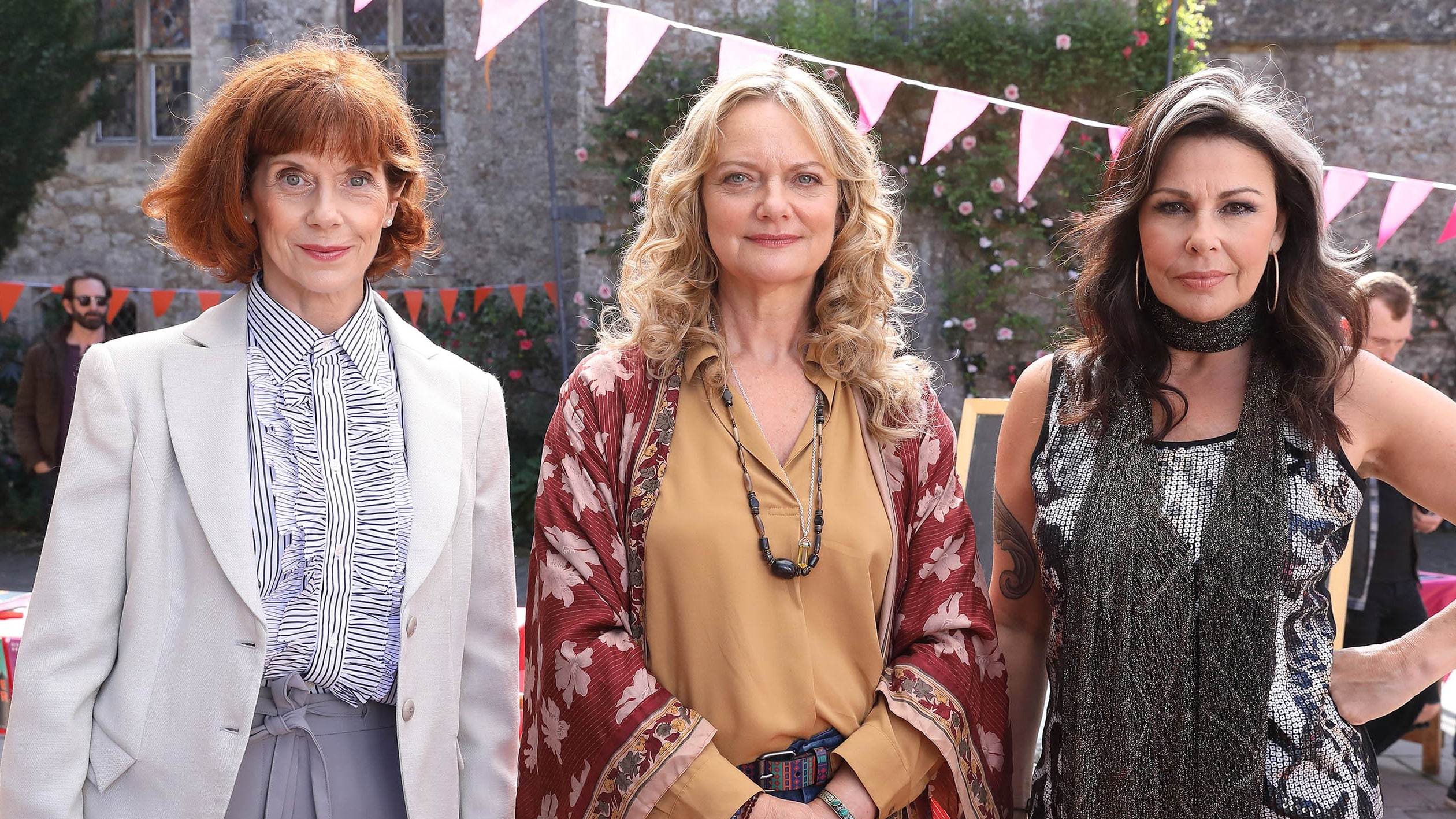 Created by Julian Unthank, ‘Queens of Mystery’ is a British murder mystery TV series with elements of comedy. It revolves around Detective Sergeant Matilda AKA Mattie Stone, a 28-year-old brilliant girl who goes about solving murders with her three crime novelist aunts in their village of Wildemarsh, England. Beth, Cat, and Jane use their literary and practical knowledge to help their niece Mattie solve cases, alongside trying to decode the mystery of the strange disappearance of Mattie’s mother.

Starring Olivia Vinall, Florence Hall, Julie Graham, Sarah Woodward, and Siobhan Redmond, among several others, ‘Queens of Mystery’ features unique crime stories set against the picturesque backdrops of charming English towns. The beautiful scenery creates the perfect setting for the characters and the thrilling narrative of the crime series. Now, if you’re curious about the exciting locations where this series is filmed, we have all the details for you. Let’s dive in!

‘Queens of Mystery’ is filmed in various locations in England, particularly Kent, Sussex, London, Rickmansworth, and Maidenhead. The fictional village of Wildemarsh and its different landmarks were created meticulously by tweaking pre-existing locations to fit the background in the storyline. Season 2 of the series was filmed from March till June 2021, with strict adherence to the COVID-19 protocols. Here is a closer look at the filming locations.

‘Queens of Mystery’ is predominantly filmed in several places in Kent, a gorgeous county in South East England. Several scenes are filmed at Stone Street, Cranbrook High Street, and St. Dunstan’s Churchyard in the town of Cranbrook.

Filming the today in the aptly named Stone Street in the welcoming town of #Cranbrook. Our characters are Cat, Beth, Jane and Matilda Stone, and our episode’s director is Jamie Magnus Stone… spooky. #queensofmystery #filmmaking pic.twitter.com/m7JFVR5sEO

The scenes set in The Sound and Fury Record Shop are shot at the Stoneydale craft shop. The production crew also filmed sequences set in the back alley of an underworld gambling den in a “twitten” in the city, a local term for a narrow lane.

Moreover, the team filmed at numerous locations in Farningham, a quaint village in the Sevenoaks District. The Mill Estate, which is a gated residential area, was used to shoot the scenes of Beth’s cottage. It was also re-dressed to depict the train station, the doctor’s office, the High Street, and the village houses.

Apart from that, Wadard Books, a charming bookstore on High Street, doubled up as the Murder Ink bookshop and Jane’s house for season 1. However, the impact of COVID-19 forced the crew to make some changes. Talking about the same, producer Savannah James-Bayly told Kent Online, “For series two, because of Covid we decided to build a replica of the living area in a studio so that we could take out walls and make more space and keep our distance from one another. But we did return to Wadard Books for the exteriors and also the shop element.”

Farningham Village Store serves as Wildemarsh Village Stores and the entrance to the Corn Exchange Theatre. The production team also films several scenes at the sprawling lavender fields in Castle Farm, located in the village of Shoreham in Sevenoaks.

Some other filming sites in Kent are the St. Michael’s Churchyard in Smarden village, which doubled up as the Wildemarsh churchyard. The scenes set in the Embittered Hack Pub were filmed at a private residence in Water Lane, Smarden. Furthermore, the fictional Hiddledean Castle shown in the series is actually the Lympne Castle in Lympne village. Lastly, the police station scenes were filmed at the old school building in Benenden village, with the village green and church backdrop.

The historic county of Sussex also serves as a crucial filming location for ‘Queens of Mystery’ season 2. The production unit filmed several scenes of season 2 at the Carlton Windmills in Carlton village, locally known as the Jack and Jill Windmills.

Another filming location was the Cowdray House, a grand country house in the Cowdray Estate situated in Midhurst, a town in West Sussex.

The magnificent city of London also serves as the filming site for several scenes of ‘Queens of Mystery.’ The cast and crew filmed a few sequences at The Queen Elizabeth Olympic Park, which was built for the 2012 Summer Olympics and Paralympics in the city. Studio Wayne McGregor, a creative arts space in Here East in the Olympic Park campus, is one of the filming sites of the second season of the show.

The town of Ricksmanworth in southwest Hertfordshire is another filming location for ‘Queens of Mystery.’ The town has several sports clubs, and the Rickmansworth Cricket Club is one of the oldest recorded clubs in England. Rickmansworth also houses the Aquadrome, a public park and Local Nature Reserve with lakes, grassland, woodland, a café, and a children’s play area.

Is Queens of Mystery Based on a True Story?

No, ‘Queens of Mystery’ is not based on a true story. The realistic whodunit crime scenes in the show are a result of the brilliant screenplay penned by creator Julian Unthank and his co-writer Matthew Thomas. Though a work of fiction, the series most likely draws from real-life solved and unsolved murder cases in Kent, England. The story arcs in the series can also be compared to the themes portrayed in Agatha Christie novels, especially the ‘Miss Marple’ series that feature a women detective as the central character.

The British crime drama ‘Vera’ is a similar series about a skilled women detective who solves cases in the fictional city of Northumberland. Another series that has resembling themes about a murder case featuring distinct and strong women characters is ‘The Pact.‘ Taking everything into consideration, we can safely infer that even though ‘Queens of Mystery’ is not a real story, the characters and cases depicted in it are highly believable.