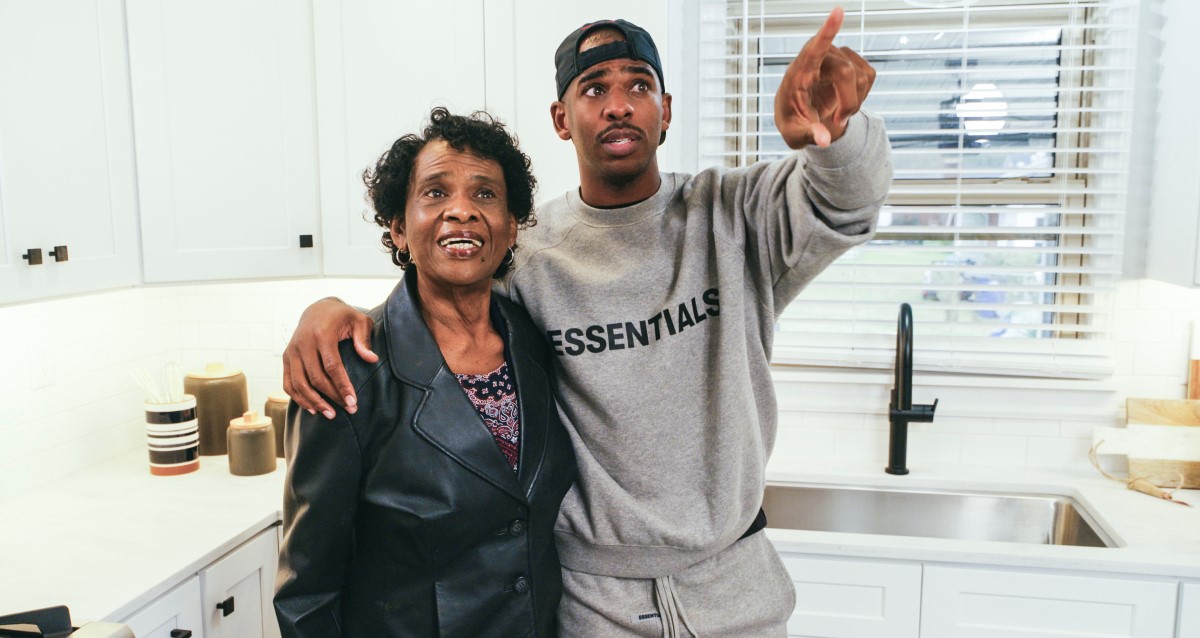 ‘Secret Celebrity Renovation’ is a home improvement reality TV series that follows celebrities of different fields, including sports, music, and entertainment, surprising some meaningful people who, in one way or another, helped them become as successful as they are today. The surprise involves the celebrities visiting their respective hometowns and giving surprise home renovations to their loved ones. The unique format of the reality show is made all the more entertaining as it is hosted by Nischelle Turner and features the design team of TV personality and home improvement contractor Jason Cameron and interior designer Sabrina Soto.

This trio of professionals joins forces and helps out celebrities to show their appreciation for the meaningful people in their lives through some great renovation work. As the show involves different stars traveling to various cities, it is bound to make you wonder about the production locations utilized for the home improvement show. Well, we are here to fill you in on all the details regarding the same!

‘Secret Celebrity Renovation’ is filmed in Florida, New York, North Carolina, Pennsylvania, Georgia, Texas, California, Massachusetts, and Utah, specifically in Orlando, Pensacola, Brooklyn, Long Island, Winston-Salem, Philadelphia, Pittsburgh, Dobbin, Los Angeles, Boston, and Salt Lake City. The principal photography for the inaugural iteration of the reality show seemingly commenced in April 2021 and wrapped up by the end of the summer of the same year. Now, let’s take a look at the specific locations that appear in the series!

The production team set up camp in Florida to tape two episodes for the debut season of ‘Secret Celebrity Renovation.’ In particular, they traveled to Orlando, a city in central Florida, to shoot the first episode of season 1 involving Wayne Brady and his Aunt Lily’s home. Much later in the show, for the eighth episode of the inaugural season, the cast and crew lensed in Pensacola, the westernmost city in the Florida Panhandle, while Emmett Smith surprise renovated his father’s home. In addition, an episode with Shaquille O’Neal in season 2 was likely taped in Orlando as well.

Two episodes of ‘Secret Celebrity Renovation’ in the first season were also shot in New York. While the second episode of season 1 involving Anthony Ramos and his drama teacher, Sara Steinweiss, was taped in her Brooklyn home, the ninth episode with Boomer Esiason and Sal Ciarol, his high school football coach, was recorded in Long Island. Moreover, the second episode of season 2 was recorded in Long Island as Debbie Gibson surprised her manager and longtime friend.

For the fourth episode of season 1 of the home improvement show, the production team followed Eve as she renovated her mother, Julie Wilcher’s house in Philadelphia. They returned to the state of Pennsylvania for the sophomore season, too, as the first episode of season 2 with Billy Gardell was taped in Pittsburgh.

For filming the third episode of the debut season, the cast and crew members set up camp in Winston-Salem, a city and county seat of Forsyth County in North Carolina. Chris Paul surprised his Granny and Pops by transforming their old house.

To tape the episode involving Lauren Alaina and her former cheerleading coach, Susan Bradley, the production team set up camp in the latter’s home in Georgia as the contractors worked their magic to renovate her house.

To shoot the seventh episode of the first season of the reality show, the cast and crew utilized the premise of a recreation center in the Los Angeles area. This episode involved Paula Abdul, who renovated the recreation center for her childhood dance teacher, Dean Barlow.

For the tenth and final episode of the inaugural season, the production team set up camp in Boston, the capital and most populous city of Massachusetts. In this episode, Rob Mariano returned to his hometown and surprised his parents by transforming their house.

An episode of season 2 was partly recorded in Salt Lake City, the capital and most populous city of Utah. Specifically, the cast and crew set up camp in the Salt Lake City Sports Complex at 645 South Guardsman Way. The complex has state-of-the-art facilities like Olympic-size swimming pools, a gym, and spacious ice-skating rinks. Salt Lake City has a massive tourism industry due to its skiing and outdoor recreation avenues. Several movies and TV series like ‘Hereditary,’ ‘Dumb and Dumber,’ ‘High School Musical: The Musical- The Series,’ and ‘Yellowstone‘ have been filmed in the bustling metropolis.