Where To Stream Friends? 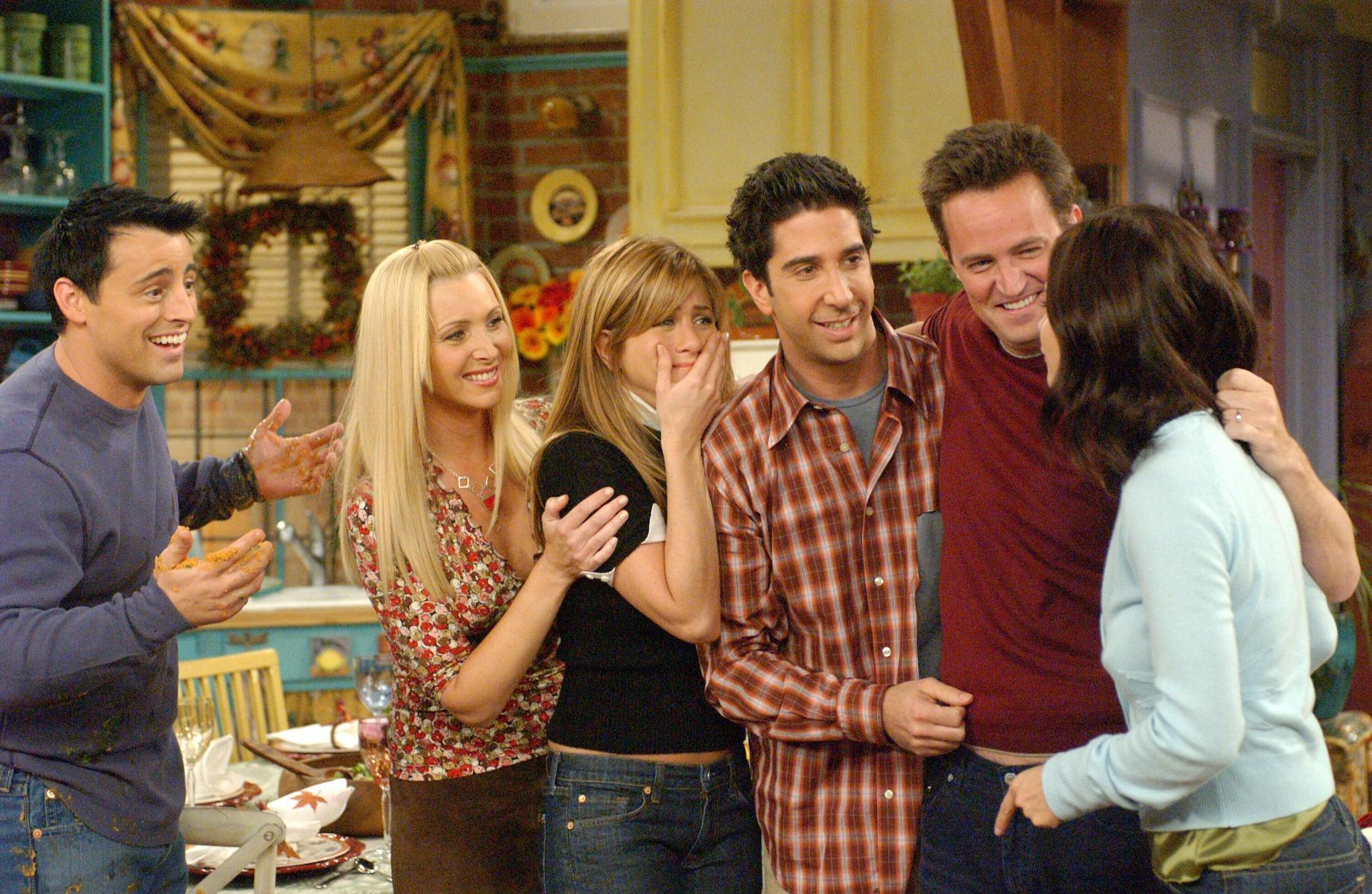 ‘Friends‘ is one of the most successful sitcoms ever made and remains at the peak of its popularity even today. Created by David Crane and Marta Kauffman, the series follows the lives of six young friends living in NYC as they go through the highs and lows of life together. Because of the show, lead actors Jennifer Aniston, Courteney Cox, Lisa Kudrow, Matt LeBlanc, Matthew Perry, and David Schwimmer need no introduction.

The show’s hilarious moments, characters, theme song, life lessons, and even sets have become a huge part of its fans’ lives. Naturally, if you are a first-time viewer or an avid fan who can’t go a day without watching an episode, you must be looking for information about where you can stream the show. In that case, we’ve got you covered! Here’s where you can watch ‘Friends’ online.

What is Friends About?

‘Friends’ follows six friends in their 20s going through various phases in their lives. Monica is a perfectionist chef with a terrible track record in love. Joey and Chandler live next door to her. Joey is a struggling actor, while Chandler has a corporate job. Monica’s elder brother, Ross, is Chandler’s college roommate and a paleontologist going through a divorce. Phoebe is Monica’s former roommate.

Monica’s childhood best friend, Rachel, a spoilt rich woman relying on her father financially, arrives at her doorstep looking to make a fresh start and be financially independent. As the series progresses, the group forms a tight bond and faces many trials and tribulations, from heartbreaks to failures, which life throws at them.

Is Friends On Netflix?

‘Friends’ is no longer available to stream on Netflix in the US. The series was one of the top-streamed shows on the platform until January 1, 2020, when it left the platform. However, the series may still be available on Netflix to users outside the US (in selective countries). If you love sitcoms, Netflix has a variety of equally hilarious shows to offer, including ‘Community,’ ‘New Girl,’ and ‘Man With a Plan.’

Is Friends On Amazon Prime?

‘Friends’ isn’t a part of the titles accessible through your basic Amazon Prime subscription. To watch the show on the platform, you’ll have to purchase it on-demand. To buy the episodes, head here. Users who have added HBO Max to their subscription may also be able to watch it on Amazon Prime.

Is Friends On Hulu?

‘Friends’ isn’t streaming on Hulu at the moment. If you wish to watch something similar, ‘Brooklyn Nine-Nine,’ ‘Seinfeld,’ and ‘Cheers‘ are some of the best options the service offers. Users with the HBO Max add-on might be able to stream ‘Friends’ on the service.

Is Friends On HBO Max?

‘Friends’ is available to stream on HBO Max and can be viewed by subscribers of the service at no additional cost. Users can also watch ‘Friends: The Reunion‘ (which reunites the cast members for a retrospective special) on the streaming service.

Where to Watch Friends Online?

How to Stream Friends For Free?

Currently, the only way to watch ‘Friends’ is to stream it online on HBO Max with a subscription and on the VOD platforms mentioned above. Therefore, there is no way to watch the show for free as of now. We also strongly advocate paying for the entertainment you wish to consume and using legal methods to do so.