Where Was Charlie’s Angels Filmed? 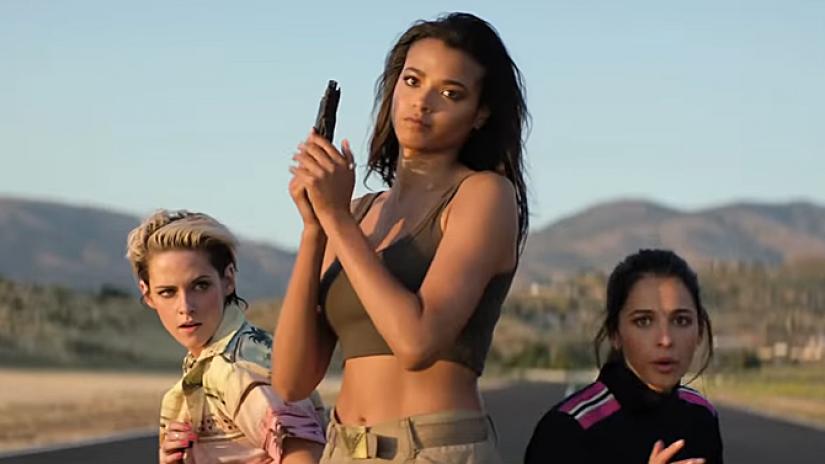 The latest ‘Charlie’s Angels’ is the third reboot of the franchise that started with a television series in 1976. The original premise of the series revolves around a team of three attractive women, skilled at combat, who get recruited by a wealthy man named Mr. Bosley for completing life-threatening missions.

Sony Pictures Entertainment had announced a reboot of the franchise in 2015 with Elizabeth Banks set to direct the movie and even write the screenplay, apart from playing a pivotal role. She made her directorial debut with the movie, ‘Pitch Perfect 2′ which was a commercial success, making a box-office total of $287.5 million. She also has two Primetime Emmy Awards to her name, for her role of Avery Jessup on the sitcom, ’30 Rock.’ Rather than opting for a sequel or a new story weaved into the same narrative format, a few aspects of the series were redeemed by Banks to create a different premise with the same selling points.

In the reboot, “Angels” aren’t a group of three freelance detectives/agents. Instead, “Angels” are highly skilled and attractive female investigators working for a private security firm called “Townsend Agency.” Experienced “Angels” get promoted to a superior position with the title, “Bosley” who guide teams of “Angels.” Cameron Diaz has previously acted as an “Angel” in the franchise’s first movie that was released in 2000 and ‘Charlie’s Angles: Full Throttle.”

The trio of “Angels” that this movie focuses on is Sabina Wilson, Elena Houghlin and Jane Kano. Kristen Stewart plays the role of Wilson, a ferocious and rebellious “Angel.” Naomi Scott plays Houghlin, a scientist, while Ella Balinska essays a former agent at MI-6. Elizabeth Banks plays a Bosley who directs the trio tasked with the mission of stopping a dangerous technology from risking the lives of several people after a whistle-blower exposes it. The movie has Patrick Stewart playing a minor role in the movie too, apart from cameo performances by Lili Reinhart and Hailee Steinfeld.

Moreover, the movie features an original soundtrack with songs by some reputed musicians too. Ariana Grande, Lana Del Rey and Miley Cyrus were roped in for the song, “Dont Call Me Angel,” which served as the lead song for the film’s soundtrack. Other singers that have contributed to the movie’s score include Kash Doll and Kim Petras.

With spectacular action sequences and such an explosive cast, ‘Charlie’s Angels’ is definitely a fun flick. One might wonder where the movie was filmed and we have the answer to that question.

The movie began principal photography on the September 24, 2018. The following locations is where most of the film was shot in:

In October, 2018, the ‘Charlie’s Angels’ cast and crew shot the movie in the city of Hamburg in Germany. Elizabeth Banks expressed her gratitude to the Mayor of Hamburg for granting permission to shoot in the city, adding it was a critical location for the movie’s story. One of the largest concert halls in the world, the Elbphilharmonie, served as one of the locations in the movie. The film’s makers also made use of other pretty landmarks of the city. Hotel Steigenberger in Hamburg was also reserved for filming.

In the same month, shooting also took place in the Baroque palace, Moritzburg Castle in Dresden. Duke Moritz had built the Moritzburg Castle as a hunting lodge which was later used as a pleasure palace by Augustus the Strong.

Apart from that, the city of Berlin serves as a pivotal location for the movie and filming was undertaken in the capital city too. Just outside the city, the Babelsberg Film Studio which is known as Germany’s Hollywood is located. The historic studio is the world’s oldest large-scale film studio, opened n 1912. It has hosted the filming of several Hollywood movies, like the 1927 science fiction film, ‘Metropolis.’ Quentin Tarantino’s ‘Inglorious Basterds’ and Wes Anderson’s ‘The Grand Budapest Hotel’ and ‘V for Vendetta.’

After Germany, Turkey was the second country which was integral to the movie’s plot. The primary tourist destination ofthe Eminonu district in Istasnbul was utilized as one the shooting locations. The district has several iconic mosques, market areas and legacy hotels.

The Misir Carsisi, also known as the Spice Bazaar by tourists is one of the largest bazaars in Istanbul and the ‘Charlie’s Angels’ cast and crew shot some parts of the movie there too. Misir Carsisi translates to Egyptian Bazaar. Apart from that, the horse racing track, Veliefendi Race Course can also be seen in the movie.