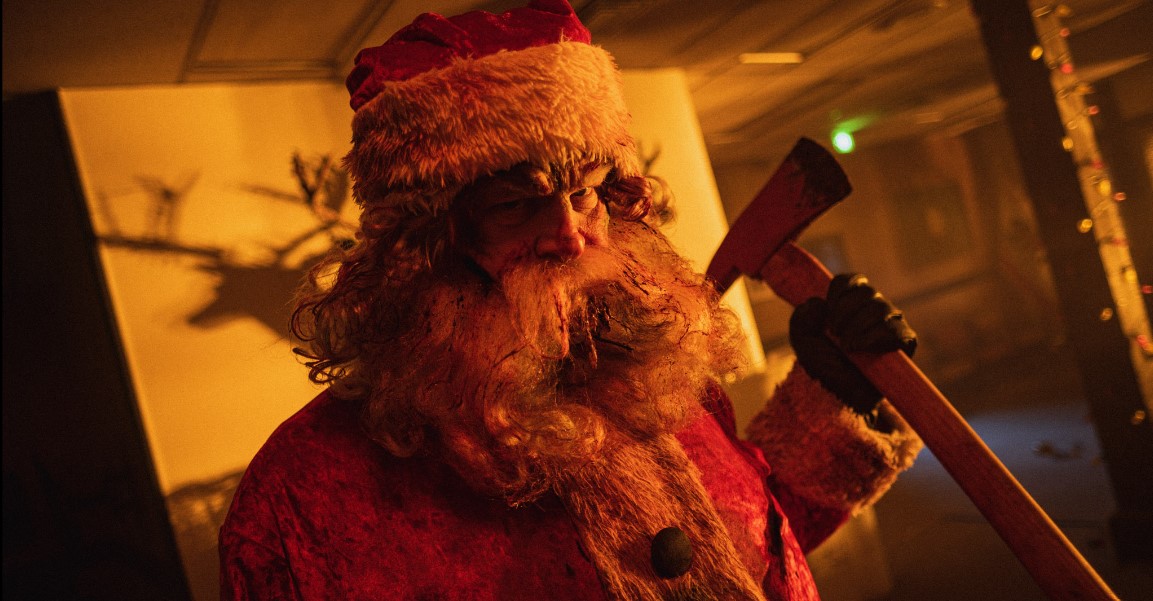 Directed by Joe Begos, ‘Christmas Bloody Christmas’ is a Holiday horror movie. Starring Riley Dandy, Sam Delich, and Jonah Ray, the movie explores the impact of a technology malfunction. On Christmas Eve, Tori and her friends want to get drunk and party. Loneliness and hatred of the jolly festival surround Tori and Robbie. However, things take a gory turn when a robotic Santa from the local toy store goes on a killing spree.

RoboSanta+ is a robotic Santa made with military-grade equipment. Without rhyme or reason, it kills every human it sets eyes on. Consequently, Tori lives on to be the sole survivor of the massacre. She does everything in her power to defeat the mighty robot and make it out alive. Moreover, the movie sets out to reimagine the indie horror genre with a realistic ambiance of the filming locale. By keeping the locations limited, the makers of the movie have ensured that the movie feels authentic. Let’s take a deeper look at the filming locations used in ‘Christmas Bloody Christmas.’

‘Christmas Bloody Christmas’ is shot entirely in California, USA, Placerville, and Los Angeles, to be specific. Joe Begos’s directorial wrapped up shooting in April 2022. The director opted for a limited set of locations as the plot of the movie is set in just one small town. Correspondingly, RoboSanta+ goes through the town and kills every person he comes across. So, let’s take a look at the specific locations used for filming this horror movie!

Most of the action scenes in the movie are shot in Placerville, California. The city is located in the El Dorado County of California. The Mother Lode remains centered in Placerville today. Additionally, mining has given way to timber, agriculture, light manufacturing, tourism, and recreation. The region is renowned for its vineyards and the generation of premium wines. More movies like ‘Thomas Kinkade’s Christmas Cottage’ (2008), ‘Bushwhacked’ (1995), and ‘Rescue Me’ (1992) are also filmed in this city.

Evidently, the cast and crew of the movie were incredibly kind to the people of the city. They talked to the surrounding fans and let them watch the shooting as well. Furthermore, they expressed their gratitude and happiness over filming the movie in the city on social media.