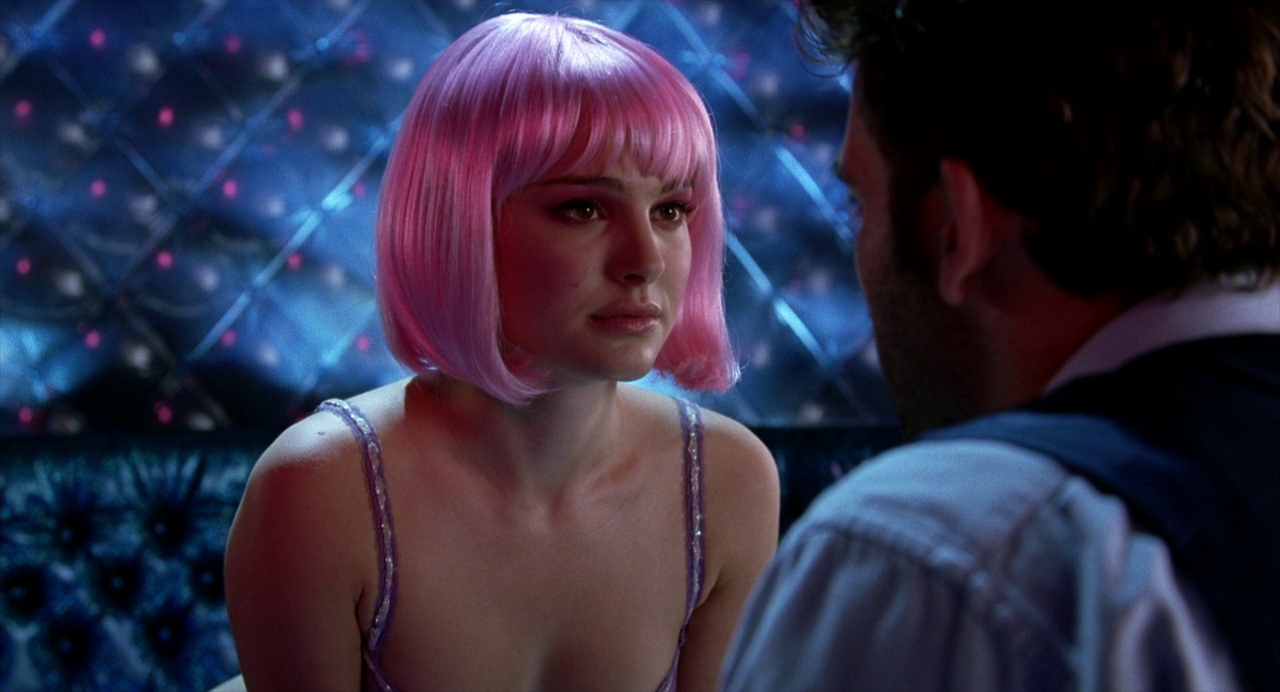 Based on Patrick Marber’s award-winning play from 1997 with the same title, ‘Closer’ is a romantic drama film that can be described as a “love quadrilateral.” It follows the lives of four individuals with a complicated love equation. It stars Julia Roberts, Jude Law, Natalie Portman, and Clive Owen as Anna, Dan, Alice, and Larry, respectively, who are all complex and flawed characters. Dan is a struggling writer who falls in love with Alice, a runaway stripper.

As Alice and Dan’s paths cross with a photographer named Anna, who Dan approaches for a portrait shoot, things start to collide. With the entry of a dermatologist named Larry, their relationships are always hanging by a thread, with an uncanny tension that director Mike Nichols and writer Patrick Marber flawlessly entrap. Upon its release, the 2004 movie won several awards and received two Oscar nominations. So if you are captivated by the visuals, you’ll also love to learn how the story unfolds across different locations. Here are the filming sites of ‘Closer!’ 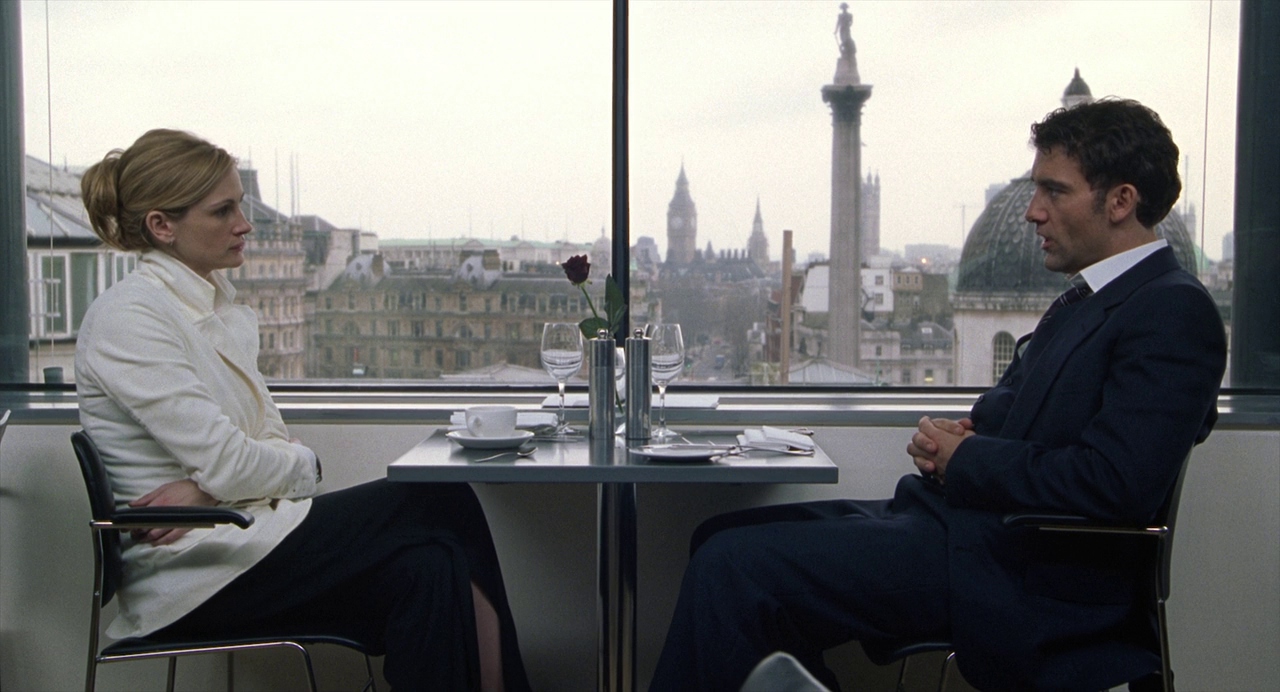 ‘Closer’ was filmed entirely in England in the United Kingdom, with just one sequence filmed in New York in the US. Principal photography commenced in February 2004 and concluded in several weeks/months in the same year. Due to the production facilities, efficient technical crew, varied filming spots, and favorable climate, the team decided to tape the movie on location and in several other areas in England. Over the years, the country has served as the filming spot of many movies and shows like ‘The Witcher: Blood Origin,’ ‘Love Actually,’ ‘Andor,’ ‘1899’ and ‘The Batman.’ Now, let’s take a look at the specific sites!

‘Closer’ was filmed extensively in England’s administrative area called Greater London, which is governed by the Greater London Authority. The scene where Anna and Dan have a dramatic outburst in the red and lavish bar is from the Theatre Royal Drury Lane, one of the most significant theatres in the world. Located on Catherine Street in Covent Garden in Westminster, the West End theatre also appears in Alfred Hitchcock’s ‘Frenzy.’ 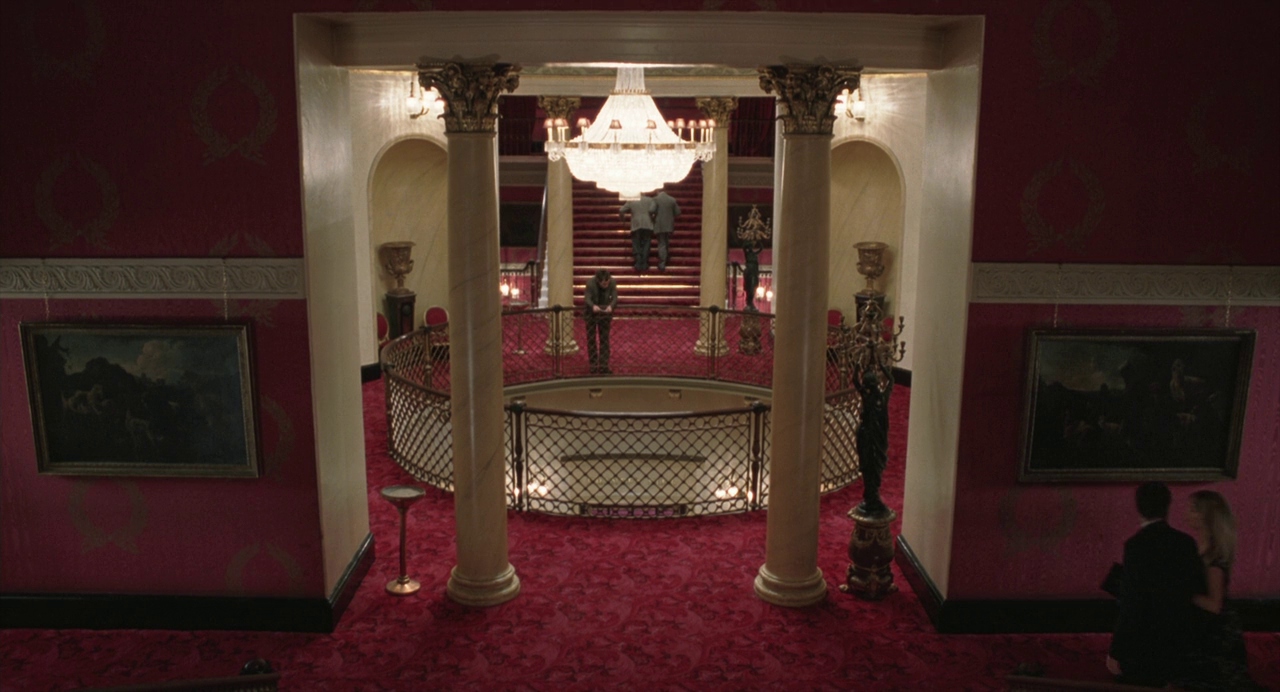 The characters share the screen for the first time at Anna’s photographic exhibition. The team filmed the scene at Whiteleys shopping center on the famous Queensway street in Bayswater. According to reports, the center was closed in 2018 for redevelopment. 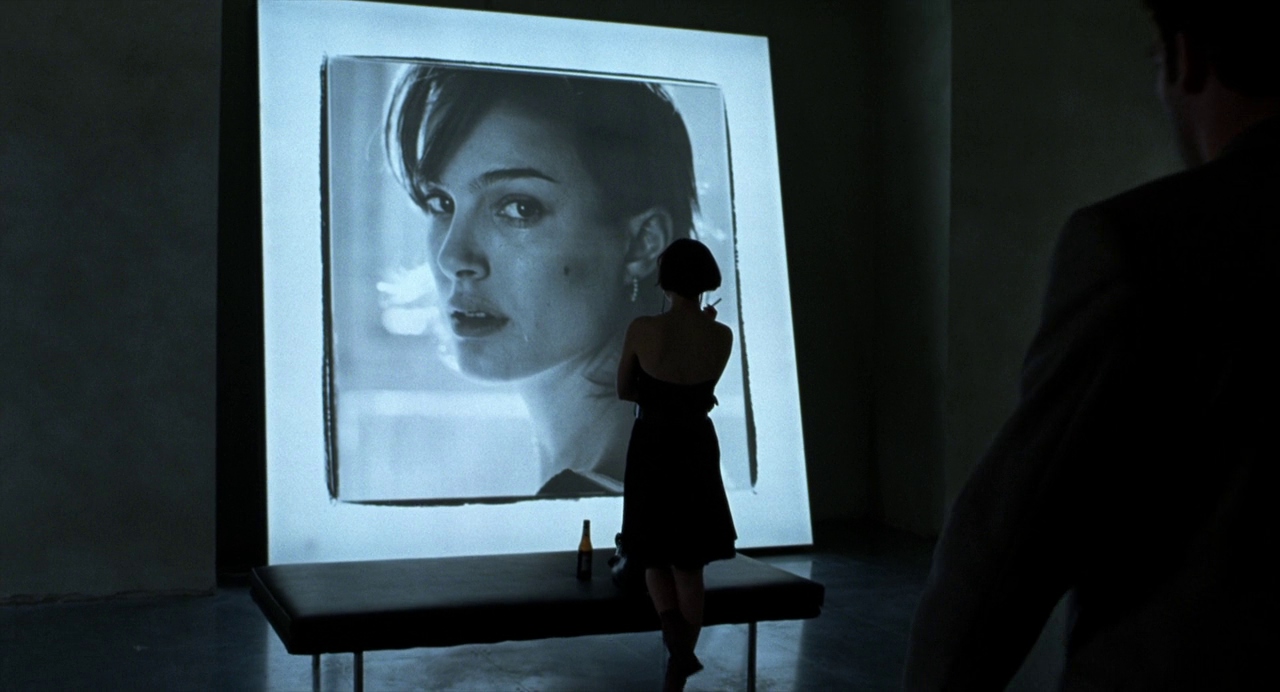 The scene where Dan runs out in the rain to confront Larry shortly before discovering the truth about Alice is captured in 18 Southampton Place in Bloomsbury. In one particular sequence, Dan and Anna take the bus from the Thames Embankment, built near the Thames river, to reach his office; this sequence was shot on location. 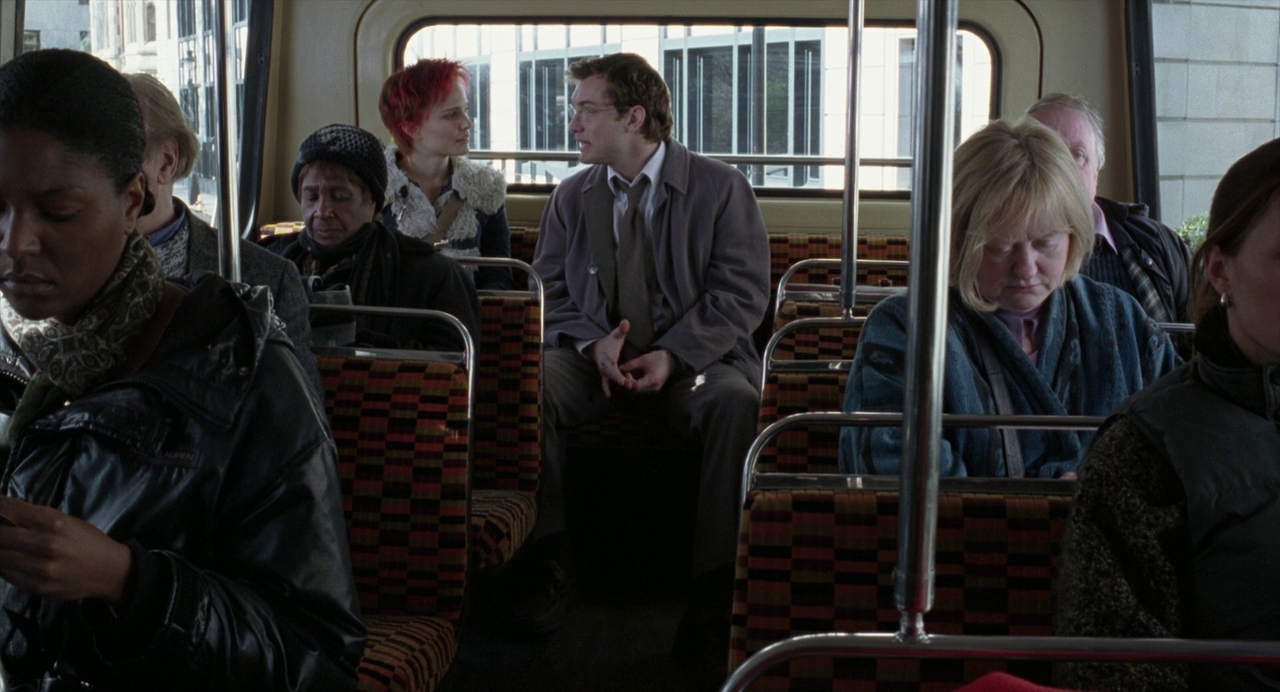 On the other hand, the exterior scenes of Dan’s office were taped at the 14-story office building called the Trinity Tower on Thomas More Square in London’s primary central business district. Interestingly, the establishment also serves as one of the prominent shooting sites of ‘The IT Crowd.’ 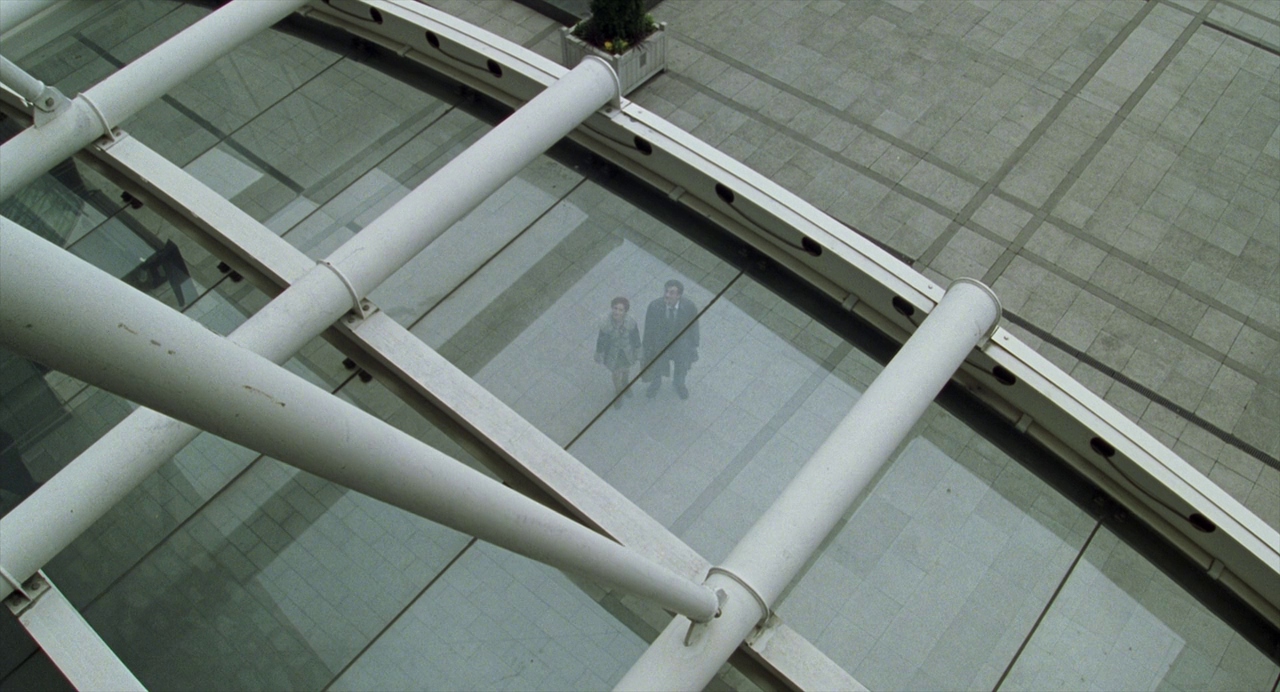 A then-empty building at 1 Seething Lane, situated in the Seething Lane Garden, served as the hospital facility where Alice is treated after she gets into a minor accident in the streets of London. The property has since become the home of Addendum Restaurant within the chic Apex City of London Hotel.

Scenes set in Dan’s home were shot in a property in Smithfield EC1 at 4a Cowcross Street at Clerkenwell. In the scene where he goes behind Alice after she leaves him, you can also see the Smithfield Market known for meats and poultry. The scene where Larry is almost cat-fished by Dan into meeting Anna at an aquarium is shot at the London Sealife Aquarium, located on the ground floor of the Riverside Building in County Hall on the South Bank of the River Thames. 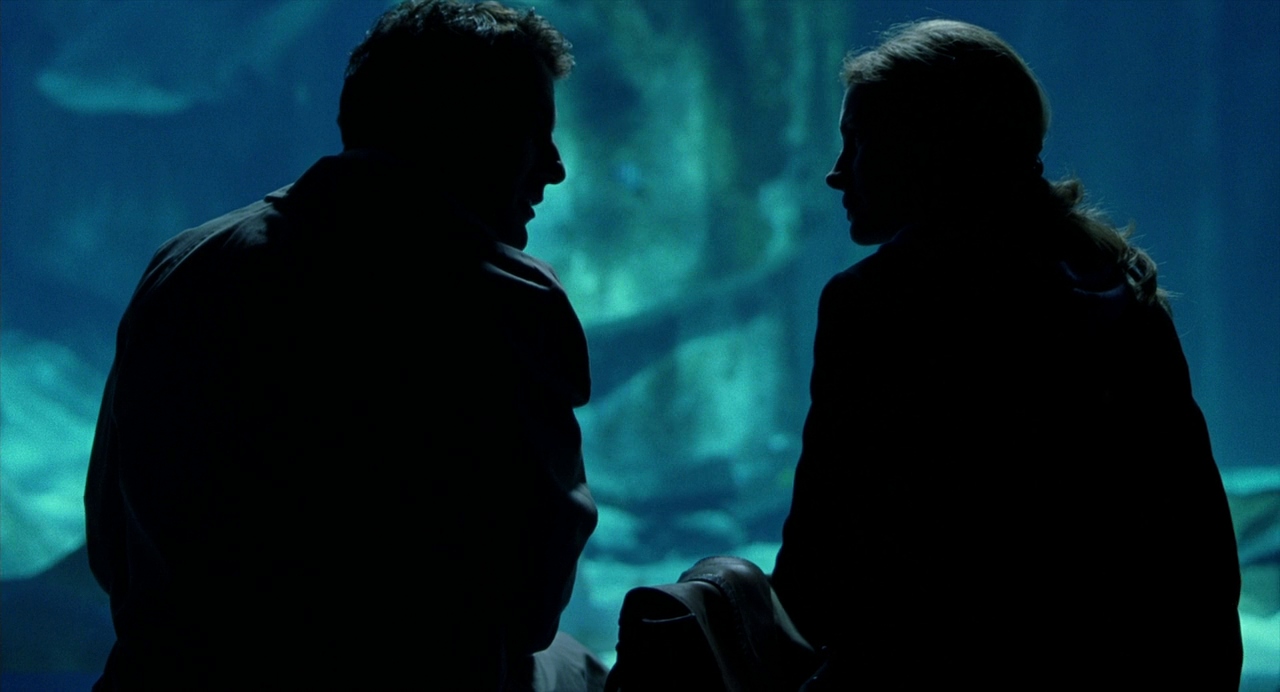 Towards the end, there is a scene wherein Dan and Alice visit a park, and he looks at a plaque, which is a revelation of Alice using someone else’s identity as her own. The whole sequence was shot at Postman’s Park at the St Martin’s Le Grand building in the neighborhood of Little Britain. In an interview with The Guardian, Patrick Marber, the writer of the movie and playwright of the original play, talked about how he came across this location. “I wanted a sort of Shakespearean scene, with someone in disguise, so spent an hour in a cyber cafe and went into a lesbian chatroom pretending to be a gay woman.” 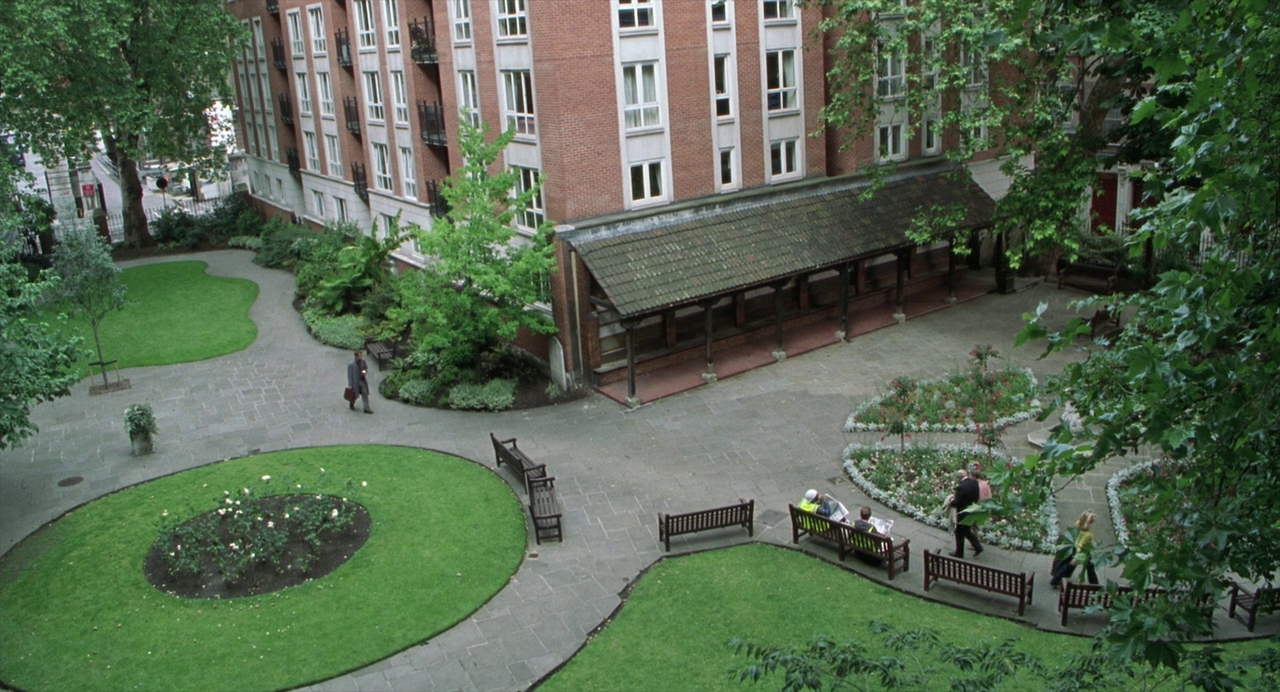 Marber continued, “I just wanted to impersonate someone else. Then, while walking my dog in Postman’s Park in London, I stumbled on a memorial for Alice Ayres, who saved three children from a burning house. I thought one of my characters could take her name. In the play, Alice saves Anna, Dan, and Larry in a way. I knew Dan would be an obituarist, and at one point, my title was An Obituary for Alice Ayres. Not very racy. I took Closer from a Joy Division album.” The sequence ends with a disclosure about Alice and makes you wonder about her motives.

To tape a few scenes, the production team also visited the Elstree Studios, situated on Shenley Road in the town of Borehamwood in the home county of Hertfordshire in Southern England. Apart from ‘Closer,’ the production facility has also hosted the production of ‘The Crown,’ ‘Under the Skin’ and ‘Sherlock Holmes: A Game of Shadows.’ The cast and crew also shot a few sequences in the suburban district of Hounslow in West London. 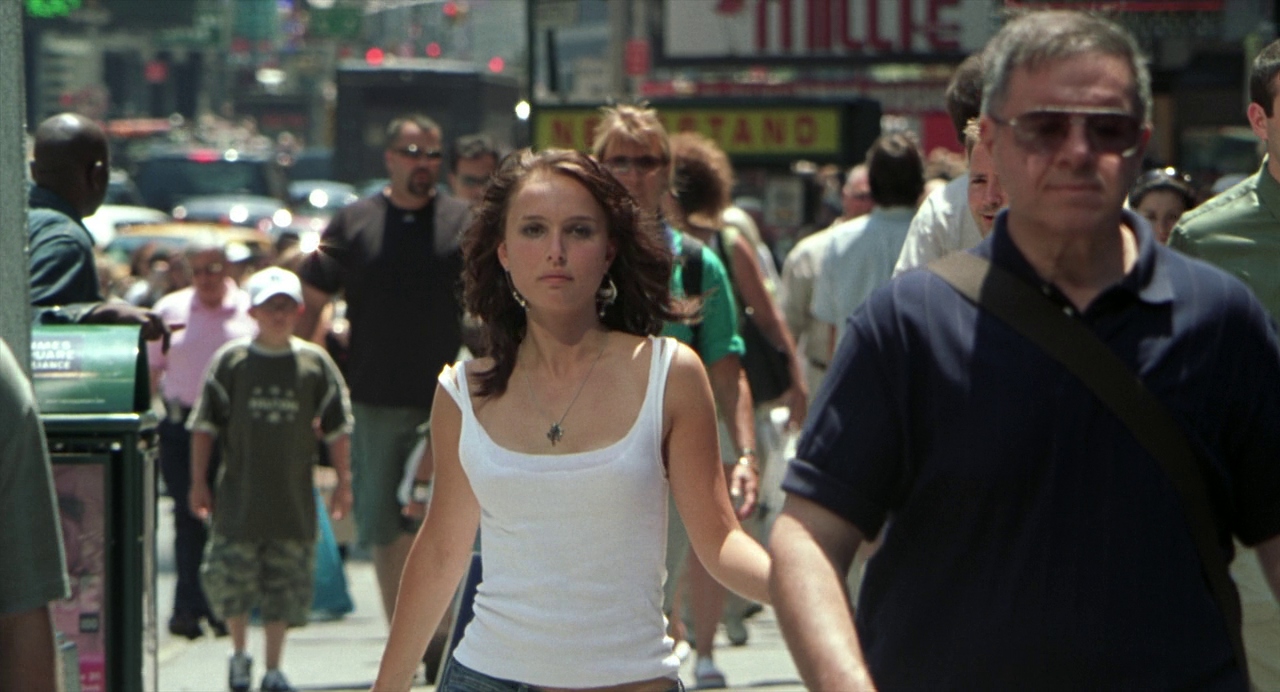 In a sequence towards the end, Jane Jones AKA Alice is walking on the streets of New York with a seemingly new-found confidence as the wave of people surround her. As per reports, just this specific scene was taped out of the primary location. It was shot on West 47th Street in the Times Square neighborhood in Midtown Manhattan in New York City.