Directed by Gary Shore, ‘Dracula Untold’ is a fantasy horror film starring Luke Evans as Vlad the Impaler AKA Count Dracula who turns into a vampire to protect his family and kingdom against the Turkish monarch, Mehmed the Conqueror, played by Dominic Cooper. Set in 15th-century Transylvania, the story brings together Bram Stoker’s vampire mythology and the historical tale of Vlad the Impaler.

Since its premiere in 2014, the dark action-horror film has stunned audiences with the surreal landscapes that serve as the backdrop. The exotic locations enhanced by CGI elevate the overall gothic tone, and fans of the vampiric tale wonder where the film was shot. If you are one of them, don’t worry, as we’ve got you covered. Here are all the filming locations of ‘Dracula Untold!’

‘Dracula Untold’ was shot in various magnificent locations in Northern Ireland, which is a part of the United Kingdom. The cast and crew filmed in several popular locations across County Antrim, County Londonderry, and County Down. The filming commenced on August 5, 2013, and continued for several weeks before concluding in November of the same year. Let us dive in deeper and find out about each location.

Most of the shooting of director Gary Shore’s debut feature film took place in Belfast, the largest city and the capital of Northern Ireland. A major portion of the city is located in County Antrim which lies in the northeastern part of Northern Ireland. McArthur Hall at Methodist College at 1 Malone Road doubled up as the interiors of the castle, while Wolfhill Quarry and Black Mountain served as the filming sites for the battle sequences.

As per reports, a portion of the shooting also took place at Leslie Hill, the majestic mid-18th-century house near Ballymoney, County Antrim. Stiles Way in the city of Antrim is also where filming took place. Giant’s Causeway and Divis Mountain are two of the most popular filming locations of the vampire-themed film. The Giant’s Causeway, which is a vast span of about 40,000 interlocked black basalt columns, stood in as the fictional Transylvanian mountain known as the Broken Tooth.

Meanwhile, the Divis mountain, which is merely 6 miles away from the Belfast City Center, served as the arena in the battle scenes. As part of County Antrim’s sea coast, the location offers breathtaking beauty complemented by strong winds and massive waves. Speaking to RadioTimes, Director Gary Shore said that he wanted the Transylvanian mountain to appear highly fantastical and stand apart from any other mountain. Therefore, he shot at the location for about a day.

Forthriver Business Park at Springfield Road, Decco Building at Prince Regent Road as well as the Britvic Building at Castlereagh Road also served as filming sites. The cast and crew also utilized the Titanic Studios at Queens Road to tape a few sequences. One of the largest film studios in Europe, the production facility was also used for ‘Game of Thrones,’ ‘Your Highness,’ and ‘City of Ember.’

The cast and crew also visited County Londonderry, also known as County Derry, for the purpose of filming. The production team also shot a few scenes at the Roe Valley Country Park at 41 Dogleap Road in Limavady on August 5 and August 6, 2013. The park’s forested area and the river lent themselves to the greyish, gloomy backdrop that elevate Vlad’s transformation into a vampire. The Country Park and O’Cahan’s Rock are depicted as the forest stream and the base of Broken Tooth Mountain.

Newtownards, a town located a few miles east of Belfast in County Down, also served as one of the primary shooting sites. Here, sites such as Killynether Wood, Scrabo Country Park, and Mount Stewart were leveraged by the team for their desolated and ancient aesthetic. Since the film is set in the 15th century, the vast lands and grand castle-like structures fit perfectly with the movie’s tone and design. In fact, the gardens at the 19th-century house, Mount Stewart, doubled up as the grounds of Dracula’s castle. 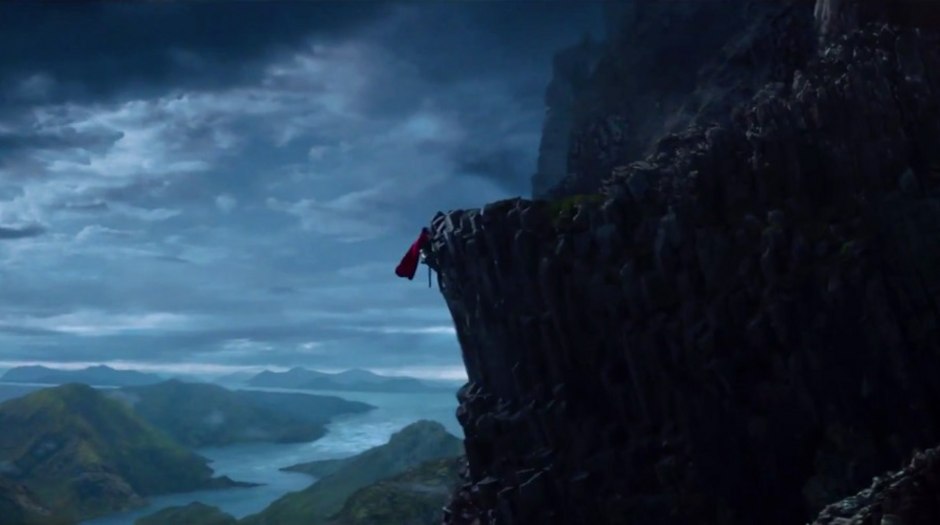 The film was also shot at the famous Tollymore Forest Park in the resort town of Newcastle. The venue is popularized by HBO’s popular show, ‘Game of Thrones.’ Numerous scenes from the fantasy-drama show were shot at this place. Gary Shore was enamored by the vast expanse of forested area and the canopy of leaves and shot various scenes at the park. One of the most significant scenes shot in the park is the fight between the Janissaries and Vlad’s people. It is likely that the cast and crew filmed a few scenes in the village of Strangford.

Besides these locations, the film was likely shot at Ulster History Park in the town of Omagh in County Tyrone. Opened to the public in the early 1990s, the open-air museum garnered a lot of visitors and became a popular tourist hotspot around the time. However, it, unfortunately, closed its doors in 2004.