Where was GAF’s Love at the Christmas Contest Filmed? Who is in the Cast? 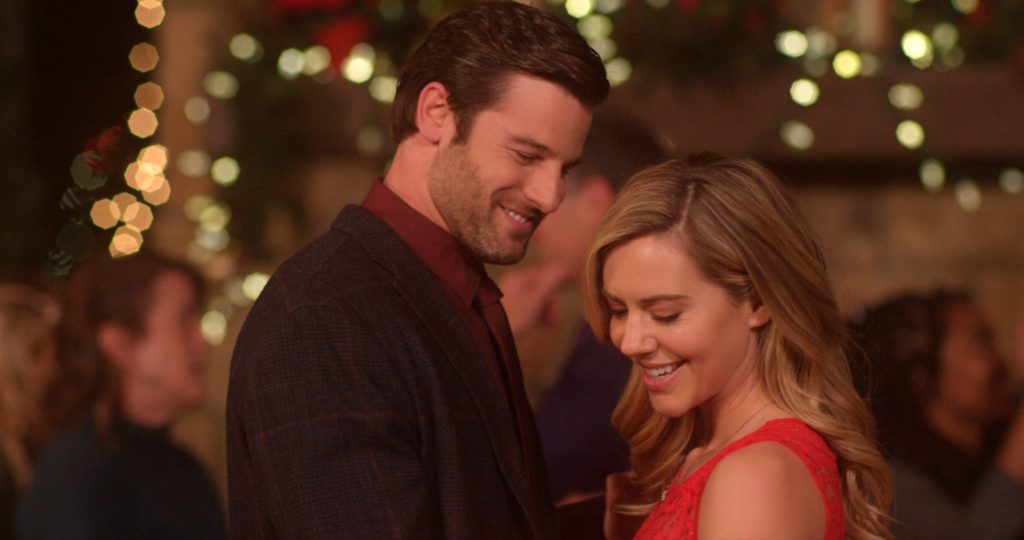 ‘Love at the Christmas Contest’ is a Great American Family holiday film, part of its original Christmas premiere series. Written and directed by John Burd, the romantic movie is set during the festive season. Angie is a young woman who lost her mother the previous year. When she learns about her mother’s wish to win the yearly Christmas tree decorating competition, she decides to participate in it. She aims to win the competition to honor her mother’s wish and see the tree displayed at the town center. However, things take an unexpected turn when her high school crush David, and his daughter Gabby join the competition.

Originally titled ‘Christmas Love Tree,’ the story explores how heartbreak, grief, and sorrow can bring people together under the right circumstances. The film portrays the celebratory season as a ray of hope in the darkest moments. The backdrop of the narrative elevates these motifs and makes the audience resonate with the characters’ emotions. It makes the story so relatable and real that it makes one wonder – Where was ‘Love at the Christmas Contest’ shot? Well, we’ve got you covered and have an answer for you.

‘Love at the Christmas Contest’ was filmed in the State of Oklahoma, specifically in Tulsa. Situated between Kansas and Texas, the state is known for its rich Native American history and the countryside aura it carries. The rustic towns and villages are an abode to calm streets and old homes, which stir a familial and communal feeling; just perfect for a Christmastime movie. The filming commenced on February 9, 2021, and wrapped up on February 21, 2021. Let’s look at the specific locations.

‘Love at the Christmas Contest’ was filmed entirely in and around Tulsa, the second largest city in the state. The cast and crew filmed at many locales in their 13-day schedule. From February 9 to February 12, the team shot a few scenes at a private residence on South Cincinnati Avenue, which served as David’s residence. The production crew also shot at Cohlmia’s The Plant Place, which doubled up as a nursery in the movie. Located on Cincinnati Place, the nursery first began in 1972 and today offers various services, including holiday decorations, and this aspect likely plays a subtle role in driving the story forward.

Besides this, the team also filmed scenes at the Tulsa Garden Center at Woodward Park, which stood as the town square in the movie. The historical place on South Peoria Avenue is famous for the exquisite architecture that lends itself to the vibrant and blissful ambiance of the scenes. The most pivotal scenes of the contest in the story were shot at the POSTOAK Lodge & Retreat.

The destination is surrounded by greenery, and the various buildings and halls carry an arcadian vibe that makes the scenes heartwarming and wholesome. The cast members thoroughly enjoyed their experience during the shooting. In an interview with Digital Journal, Ross Jirgl said they had to shoot during an ice storm. Although it was difficult, the actor enjoyed the process.

Overall, the city of Tulsa is also a hub for several art forms that drive the culture. Residing on the Arkansas river, it is an abode to various cultures such as the Native Americans, African Americans, and the South-Western. Besides the cultural diversity, Tulsa is also known for its art deco architecture, museums, art galleries, and several other sites where artists can gather and express themselves. These aspects subtly add to the character’s personality and reflect the narrative’s tone. Other films and shows shot in the city include ‘Reservation Dogs,’ and ‘So This Is Christmas.’

Love at the Christmas Contest Cast

Samantha Cope plays Angie Waldron, who misses her mother and wants to put everything into the Christmas tree decoration contest. You may recognize Cope from her performance in ‘Insecure,’ ‘A Deadly Deed,’ and ‘An Organized Killer.’ Ross Jirgl essays the role of Angie’s high school love interest, David Mitchell, who comes from a place of loss and heartbreak.