Where Was Hallmark’s Caribbean Summer Filmed? Who is in the Cast? 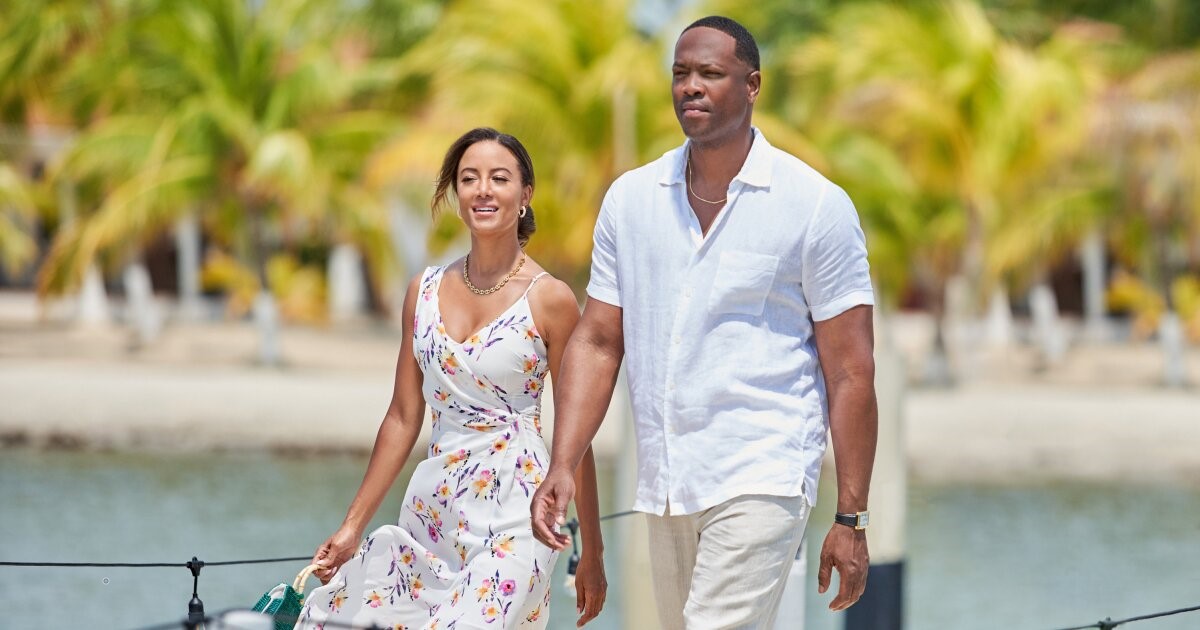 Directed by Steven R. Monroe, ‘Caribbean Summer’ is a romantic comedy movie that follows morning news producer Jade. After an embarrassing moment during a live broadcast, Jade is forced to take a vacation. She decides to go to the Caribbean for a relaxing time and asks her assistant to book her a rental home. Once arriving at her destination, Jade makes herself at home. However, she soon finds someone entering the house. Turns out, the house actually belongs to Ford, the so-called intruder, and Jade was actually scammed.

Ford decides to allow Jade to stay with him given her circumstances, and the two grow closer. However, Jade soon learns something about Ford that might be a career-defining scoop, and she has to choose between her work and her heart. The film is as entertaining as it is beautiful. The movie allows the viewers multiple glimpses into the beautiful Caribbean landscape where the heartwarming story is set. This has many fans asking just where the film was shot and who starred in it. Well, here’s everything we know about the same.

Part of Hallmark’s ‘Summer Nights,’ ‘Caribbean Summer’ was filmed primarily in the Caribbean country of Belize. Principal photography for the movie took place in March and April 2022. Let’s get to know about the location in a bit more detail.

‘Caribbean Summer’ was filmed in Placencia, a small village in Stann Creek District, Belize. Located at the southern tip of the eponymous peninsula, the eastern part of Placencia is home to a long expanse of white sand beach. The beautiful view of the Caribbean Sea was used as a backdrop for several scenes in the movie. The actors enjoyed working in the village as they explored and learned more about the local culture and sites.

Before the European colonization, the Placencia Peninsula was home to the Maya, who produced and traded salt. The place was named by the Spaniards that traveled the southern coast of Belize. Initially, Placencia was called Placentia, while the southern point was named Punta Placentia, or Pleasant Point. In the late 20th century, the region became a prominent tourist hub and continues to attract visitors. One can enjoy whale shark watching during the full moon every year between April and July. Other popular activities in the area include kayaking, snorkeling, diving, and saltwater fly fishing.

Actress Heather Hemmens appears in ‘Caribbean Summer’ as Jade. You may know her from some of her other projects, like ‘Roswell, New Mexico‘ and ‘Yellowstone.’ Ser’Darius Blain takes up the role of Ford in the Hallmark romedy. His other well-known projects include ‘The Big Leap‘ and ‘American Underdog.’ Other appearances in the film include Elizabeth Conboy as Tabitha Marlowe, Buom Tihngang as Hughes, Ron Sierra as Hibbert, and Aisha Toussaint as Ingrid.

Read More: Where Was Hallmark’s Hidden Gems Filmed? Who is in the Cast?