Where Was Hallmark’s Hidden Gems Filmed? Who is in the Cast? 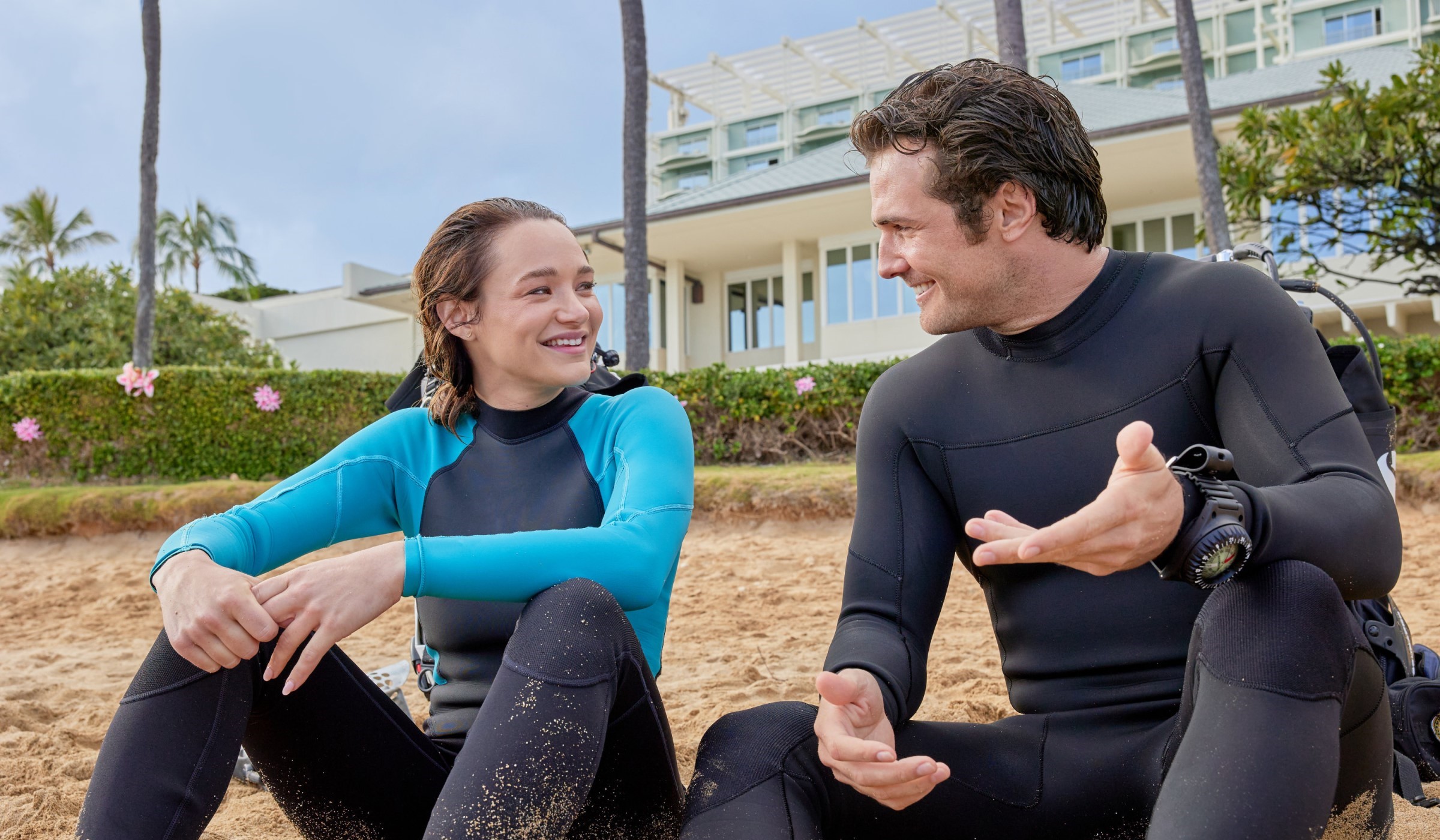 Directed by Maclain Nelson, ‘Hidden Gems’ is a romantic movie that revolves around a woman named Addie. She has traveled to Hawaii to help her sister with her wedding plans. However, she ends up losing her grandmother’s ring in the waters around the island. Devastated, Addie seeks out the help of a diving instructor named Jack, whose exceptional scuba diving skills might be her only hope of recovering the heirloom.

As the two dive into the depths of the ocean, they learn more about each other and develop a strong bond. Apart from its phenomenal cast, the movie’s backdrops do an excellent job of keeping the audience hooked. The breathtaking sceneries allow the viewers to fall in love with the sea alongside Addie. Now, if you are wondering where the picturesque scenes for the movie were shot, we have all the answers you need!

Part of Hallmark’s ‘Summer Nights’ lineup, ‘Hidden Gems’ was filmed in Hawaii, specifically in Oʻahu and Maui. Principal photography for the movie took place in March of 2022. Let’s take a close look at the details of these locations.

Located on the Oʻahu island, the capital city of Honolulu in Hawaii served as the primary shooting spot for ‘Hidden Gems.’ The popular Kahala Hotel & Resort at 5000 Kahala Avenue was used as both the setting and production spot for multiple scenes in the romantic film. The hotel is well-known in the area and has been used as a residence for several American presidents, like Barack Obama, Richard Nixon, and George W. Bush. In 1985, Prince Charles and Princess Diana booked 100 rooms for their party in the Kahala Hotel & Resort.

A few scenes were lensed on the Waimānalo Beach. Situated on the eastern end of the island of Oʻahu, the beach provides a beautiful view of the azure ocean allowing the filmmakers to capture breathtaking backdrops for the Hallmark movie. Other movies recorded in Oʻahu include ‘Sonic the Hedgehog 2‘ and ‘Kate.’

Maui, Hawaii, was used to tape several scenes in ‘Hidden Gems.’ It is the second-largest island in Hawaii and is full of breathtaking landmarks. Several beaches on Maui’s coast allow people to go snorkeling and take in the beauty of the underwater world. The island is also home to Haleakalā National Park, which is a popular tourist destination and home to a dormant volcano. Thanks to its beautiful landscape, the island has hosted the production of several films, including ‘Oblivion‘ and ‘Pirates of the Caribbean: At World’s End.’

Talented actress Hunter King takes up the role of Addie in the Hallmark romantic movie. ‘Hidden Gems’ is Hunter’s first-ever project with Hallmark, and she enjoyed the experience. You may know her from her appearances in ‘Life in Pieces‘ or ‘Young and the Restless.’ Essaying the role of Addie’s love interest, Jack is Beau Mirchoff. Coincidentally, just like his co-star, this is the first time Beau has worked with Hallmark. His other well-known works include ‘Good Trouble‘ and ‘Awkward.’

The film’s cast also includes Eliza Hayes Maher as Kate, Isabelle Du as Kara, and Marita de Lara as Hannah. Other actors in the movie include Diane Sargent (Betty), Alanna Vicente (Dr. Mazur), Brian Connors (Robert), and Jordan Matlock (Nathan). Thanks to these artists, ‘Hidden Gems’ is a delight to watch.

Read More: Where Was Hallmark’s Rip in Time Filmed? Who is in the Cast?