Where Was Hallmark’s Rip in Time Filmed? Who is in the Cast? 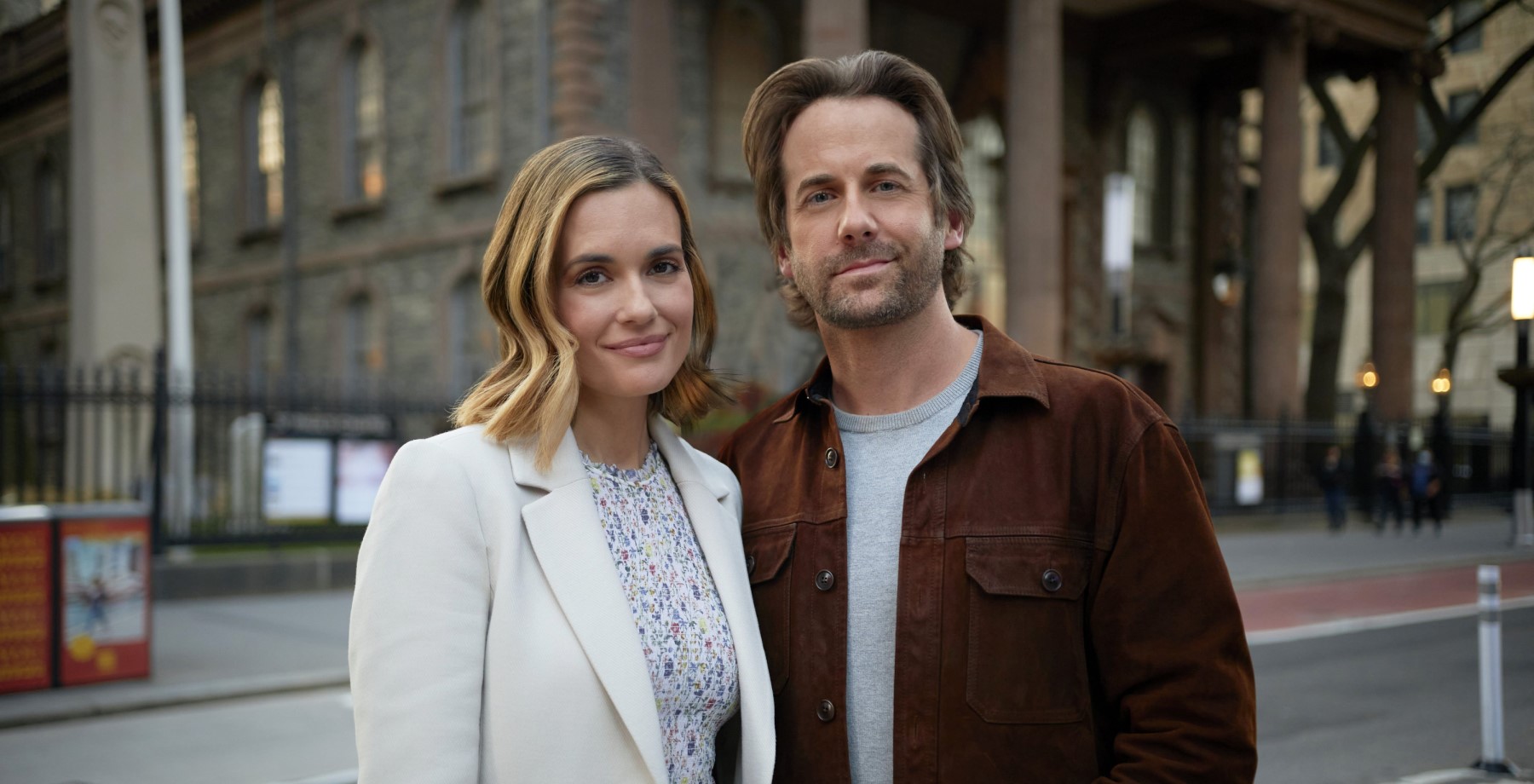 Directed by Jessica Harmon, ‘Rip in Time’ is a fantasy romance movie about a woman named Sarah Majors, who lives on a farm with her son, Henry Majors, and her father, Calvin Majors. One day a storm blows through the area, and the family discovers a strange man on their property. The man, Rip Van Winkle Jr., is wearing 18th Century clothes and claims to be born in 1758. As Rip tries to learn more about the modern world, he and Sarah grow closer and fall in love with each other. However, the time difference throws a wrench in their love story.

Part of Hallmark Movies & Mysteries, the time-travel-themed movie is a perfect blend of fantasy and romance due to its crisp writing and talented cast. However, it’s the movie’s backdrops that truly give the film a breathtaking otherworldly feel. From the natural expanse of upstate farms to the modern infrastructure that baffles Rip, the movie takes advantage of its visual appeal. If you want to know where the film was lensed, we have your back!

‘Rip in Time’ was filmed in New York in the United States and the westernmost province of British Columbia in the Great White North. Principal photography for the movie took place in March and April 2022. William McKnight took up the cinematography duties for the film to capture the scenes for the fantasy romance. Let’s take a closer look into the details of these locations.

Several scenes of ‘Rip in Time’ are set in New York City in New York. In one of the sequences, Sarah takes Rip to the Big Apple and shows him the bustling modern life of the 21st century. According to Just Jared, actors Niall Matter and Torrey DeVitto, who play Rip Van Winkle Jr. and Sarah Majors, respectively, were spotted in the city on April 8, 2022. The two were strolling through the city’s streets, shooting scenes for the movie during the night.

In the film, New York City also hosts several medical professionals whom Sarah consults to find a reasonable explanation behind Rip’s dilemma. If a person needs to see how far humans have come over the years, a trip to New York City seems to be a perfect choice. The city is home to an awe-inspiring modern landscape, a flourishing financial industry, and a unique culture. It is no wonder that NYC is a favorite amongst filmmakers to capture scenes for their projects; some of the shows shot in the city are ‘WeCrashed‘ and ‘Better Nate Than Ever.’

Several scenes for ‘Rip in Time’ were lensed in and around Victoria, located on the southern edge of Vancouver Island. The city serves as the capital of the Canadian province of British Columbia. Known as the Garden City, Victoria has several parks that show off its natural beauty. Given its temperate climate, ample facilities, and a timezone similar to Los Angeles, Victoria has served as the filming site for several movie productions, such as ‘Love, Classified‘ and ‘Rescued by Ruby.’

The talented Torrey DeVitto essays the role of Sarah Majors in ‘Rip in Time.’ Her face might be familiar to you, given her performances in ‘The Christmas Promise‘ and ‘Chicago Med.’ Niall Matter portrays Rip Van Winkle Jr., the man out of time in the Hallmark movie. The actor has an impressive resume and can be seen in ‘Aurora Teagarden Mysteries,’ ‘When Calls the Heart,’ ‘90210’ and  ‘A Christmas Together with You‘ and ‘Country at Heart,‘ among many others. The cast also includes Eric Keenleyside as Calvin Majors, Joshua Black as Henry Majors, Casey Manderson as Local Deputy Ted, Giordana Venturi, and Trent Pryor.