Where Was Hallmark’s Sweet Pecan Summer Filmed? Who Are in the Cast? 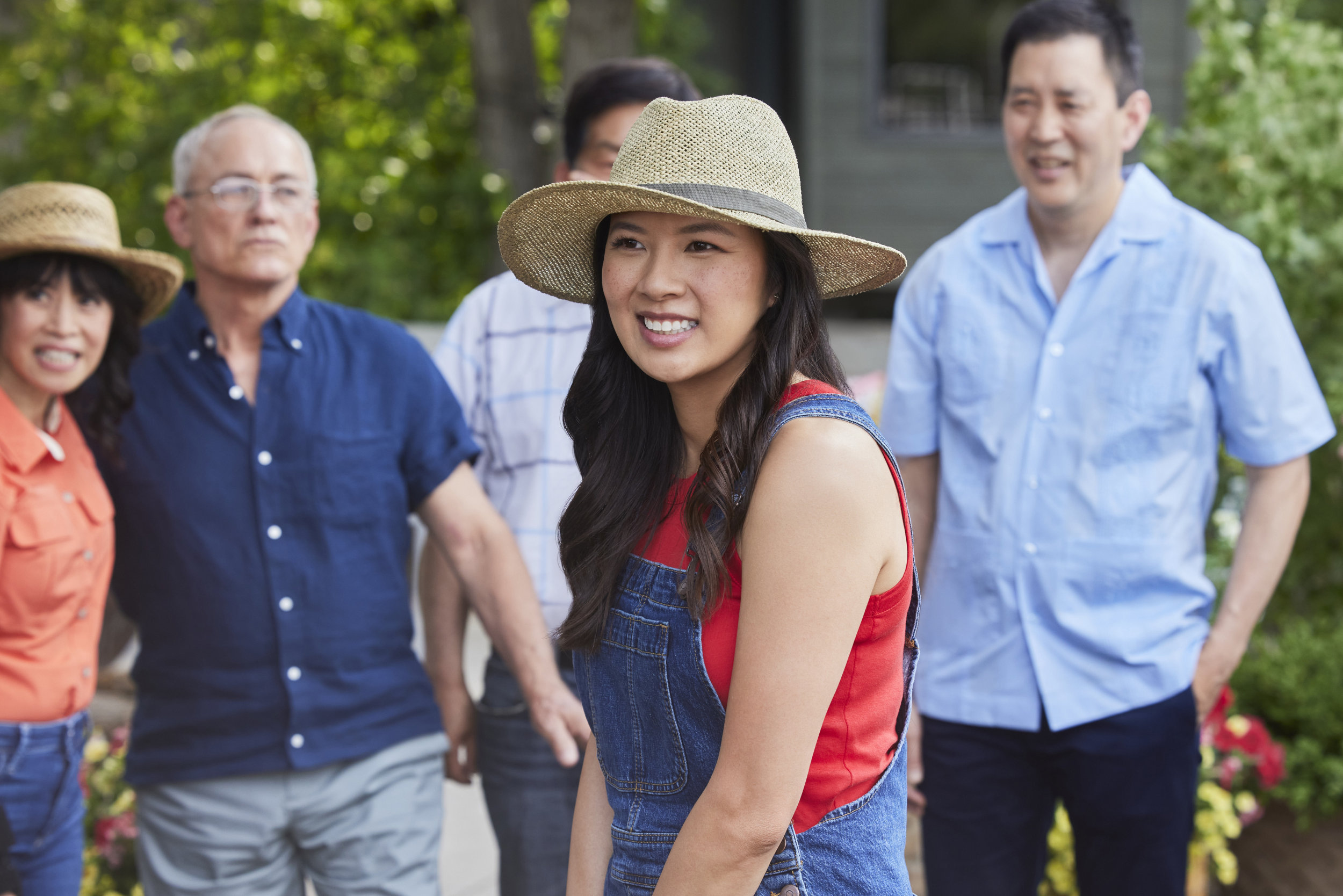 Directed by Dustin Rikert, Hallmark’s ‘Sweet Pecan Summer’ is a romance-family drama that follows Amanda, a successful product developer who works at a cosmetics company. Unable to contribute in her full capacity, the talented and independent protagonist finds herself frustrated by her companies’ reluctance to change. Luckily her favorite aunt Carol has some exciting news that immediately brings a smile to her face.

Carol tells Amanda that she has finally found the love of her life and now wants to move in with him. Before that happens, Amanda would have to help her aunt sell the pecan farm. However, the latter has another plan in mind and has set things up in a manner that Amanda will have to work with her ex-boyfriend J. P. to sell the farm. Although initially, the former couple can’t agree on anything, the two slowly begin to bond over the memories of the time they were together.

Before they know it, Amanda and J. P. are in love with each other, all over again. The romantic movie is part of Hallmark Channel’s annual ‘Summer Nights’ line-up and is packed with compelling performances by the talented cast. The movie was filmed in scenic farm locations to add a layer of realism to the film’s setting. Now, it is only natural for viewers to be curious about the cast members and places where ‘Sweet Pecan Summer’ was filmed. In that case, we have all the information that you need.

The production of the Dustin Rikert directorial took place entirely in Utah. Located in the western parts of the United States, the Beehive State has served as the ideal location for filming many mid-century western movies. Thanks to the Interstate Highway System, the accessibility to the region became far more convenient, and it ended up attracting more film/television production projects. Since the movie was extensively shot in the state, let’s learn more about the specific filming sites!

The shooting in the state was primarily done in Salt Lake City. Home to about 200,000 people, it is one of the most populated cities in the state and is spread over an area of 287 kilometers square. Also known as The Crossroads of the West, the urban gem hosts several annual festivals, including FilmQuest, Salty Horror Con & Film, Voice of the City, and Damn These Heels, that promote the creative industries and encourage aspiring artists to pursue their dreams. Over the years, movies like ‘Dashing in December,’ ‘Holly & Ivy,’ and ‘The Christmas Bow’ were all filmed in the region.

The Hallmark movie was also filmed in Riverton in the southwestern corner of Salt Lake County. Located just a few miles away from the principal filming destination, the city is surrounded by gorgeous parks and boasts a diverse climate. The close-knit, affluent community was first settled in the mid-1850s. Over the decades, it has grown to become a city with many fun things to do, including the 18-hole Riverbend Golf Course.

The cast and crew were also spotted filming some scenes of the romantic family-drama movie in the city of Hurricane in Washington County. The production in the region predominantly took place majorly in the Thompson Family Pecan Farm located at 2012 Flora Tech Road. The pecan farm is spread over an area of five acres, and it reportedly has about 200 trees that produce an estimated 15,000 pounds of pecans every year.

Although it is situated far away from the other two filming locations, Thompson Family Pecan Farm offered filmmakers the ideal location for filming the scenes set in Amanda’s aunt Carol’s farm. Hurricane has also served as a filming site for productions like ‘The Car’ (1977) and the 1956 film ‘The Conqueror.’

Christine Ko, the Taiwanese-American actress, headlines the Hallmark movie by essaying the role of Amanda. She is best known for her performance in ‘The Great Indoors’ and ‘Upload.’ Wes Brown portrays Amanda’s ex-boyfriend J. P. You may recall watching him in the television films like ‘Christmas at Graceland’ and ‘Wedding at Graceland’ and shows such as ‘Deception’ and ‘True Blood.’

Lauren Tom, whom you may recognize from ‘The Joy Luck Club’ or ‘Grace Under Fire,’ appears as Amanda’s favorite aunt Carol. Other noteworthy cast members include Shelly Townsend as Kay, John Forker as Walker, Cooper Sutton as Brad, Katie Koenig as Sasha, Ben Lokey as Walter, and Bethany Hubbard Jones as Sales Lady