Written, co-produced, and directed by Jake Helgren, ‘Dashing in December’ is a Holiday-themed romantic drama film. It tells the story of a New York City financier who returns home during the holidays to convince his mother to sell the family’s ranch. He falls in love with the ranch hand, who plans to save the property. The Paramount Network film has a beautiful backdrop and explores a gay relationship. If you are wondering where it was filmed, here is everything you need to know.

The principal photography of ‘Dashing in December’ began in September 2020. Let us go through the specific locations where the movie was shot!

‘Dashing in December’ was shot entirely in different cities of Utah, including Heber City and Midway. Some portions were also filmed at Salt Lake City, which is the capital and the most populous city of Utah. The filming wrapped in early October 2020. The film’s director Jake Helgren shared a picture on his Instagram profile from the set with the actors. Check it out below! 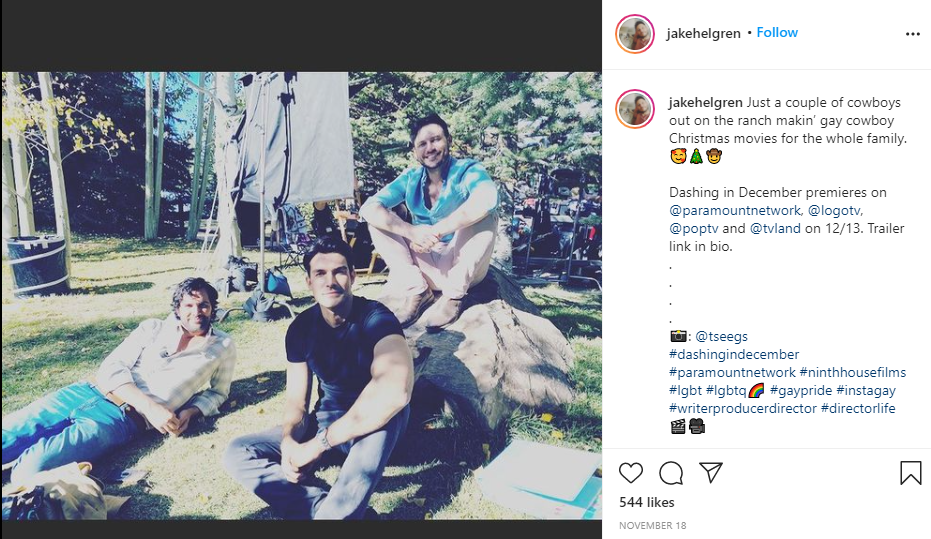 Salt Lake City has a rich history and beautiful locations that are suitable for film shoots. Some of its popular attractions are Temple Square, Red Butte Garden, Salt Lake Temple, Liberty Park, and Millcreek Canyon. Several prominent films and television shows have been shot in the city due to its unique geography. Films like ‘127 Hours’, ‘Dumb and Dumber’, ‘Con Air‘, ‘Dawn of the Dead’ and ‘Independence Day’ were shot here. The lead actor of ‘Dashing in December’ Juan Pablo Di Pace posted a picture on his Instagram profile from the last day of filming in Midway, Utah. 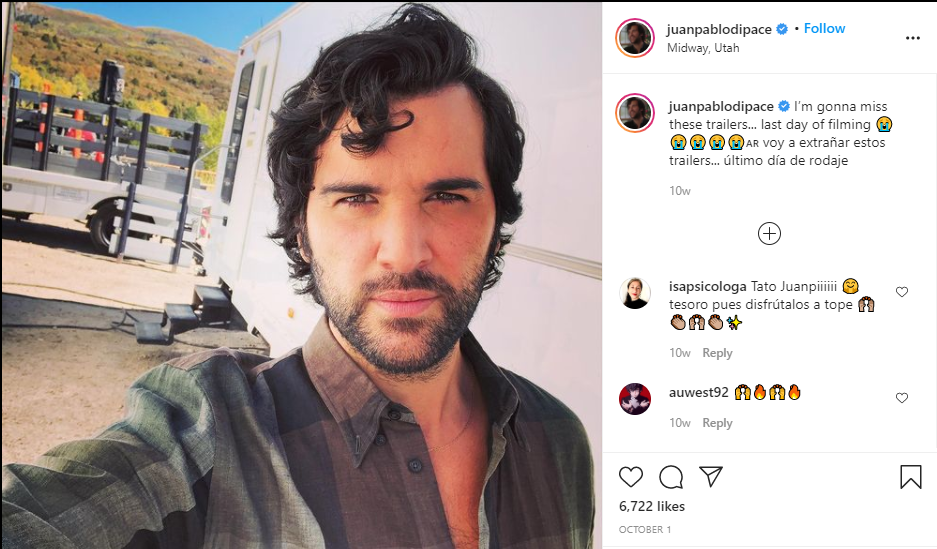 Midway is a city situated in the northwestern Wasatch County of Utah. The city has some amazing locations like Deer Creek Reservoir, Wasatch Mountain State Park, and Homestead Caldera, among others. Some prominent films that were shot in Utah state are ‘Forrest Gump‘, ‘I’ll Always Know What You Did Last Summer’, ‘The Lone Ranger’, ‘Wind River‘, ‘Star Trek’ and ‘Planet of the Apes.’

The film has a stellar and diverse list of actors like Peter Porte, who plays the role of a New York businessman Wyatt Burwall. He had made his acting debut in 2005 with the television film ‘University Place’ and is known for his work in ‘Baby Daddy’, ‘Devious Maids’, ‘Hot Fail’, ‘Living With Models’ and many Hallmark channel films. Argentinian actor Juan Pablo Di Pace essays the role of Heath Ramos, a ranch hand. His notable works include ‘Survival Island’, ‘Mamma Mia!’, ‘Dallas’, ‘Fuller House’ and ‘Carlos Gardel the King of Tango.’