Where Was Hallmark’s The Dog Lover’s Guide to Dating Filmed? Who is in the Cast? 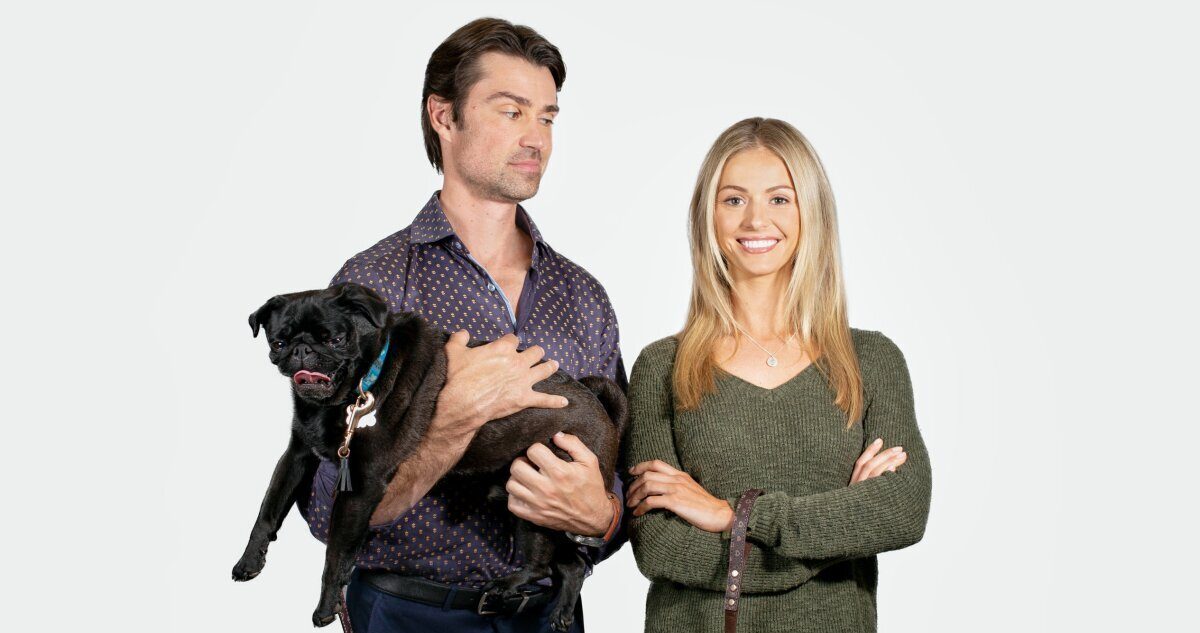 Directed by Craig Pryce, Hallmark’s ‘The Dog Lover’s Guide to Dating,’ is a romantic movie that revolves around Simon and Alex, whose fate changes due to a puppy. The latter is a professional dog trainer who never trusts people. On the other hand, Simon is a marketing expert who plans to impress his girlfriend, Chloe. However, it gets challenging to win over her beloved pug. Thus, Simon seeks help from Alex to train him to become a dog person, which would make Chloe’s pug like him.

While Alex helps Simon in the ways of the canine by using her skills, he uses his marketing skills to help her save a local animal shelter. Christmas magic works like a charm, and the two end up falling for each other. The heartwarming narrative, wrapped up with a good old Christmas setting, keeps the viewers hooked. Moreover, the beautiful locations in the stunning backdrops elevate the overall essence of the holiday movie. Hence, it is natural for you to want to learn about the actual filming sites of ‘The Dog Lover’s Guide to Dating.’ In that case, let’s delve in!

‘The Dog Lover’s Guide to Dating’ was filmed entirely in the easternmost province of Canada — Newfoundland and Labrador, specifically in St. John’s. Principal photography for the Hallmark romance began in August 2022 and was wrapped up within two weeks on September 2.

Located in the Atlantic region, Newfoundland and Labrador are composed of two parts, as you might have guessed already — the island of Newfoundland and the continental region of Labrador. Thanks to the province’s vast and diverse terrain, it has been frequented by several filmmakers over the years. Now, let’s navigate the locations that create the backdrop for the heartwarming Christmas movie.

All the sequences of ‘The Dog Lover’s Guide to Dating’ were lensed in St. John’s, the capital and largest city of Newfoundland and Labrador. The production team likely traveled across the vast cityscape to tape exterior and interior sequences against suitable backdrops. The movie was shot around the metropolitan area on location, including famous sites such as Quidi Vidi, Bannerman Park, Goulds, and Mount Pearl. In an interview with Salt Wire, actress Emily Stranges spoke about the movie’s exciting setting.

Emily said, “Newfoundland is just so beautiful, and the people are so beautiful. It’s got so much to offer. So much texture and history, and it all comes through. There’s also an amazing pool of talent in Newfoundland and Labrador. To see all that highlighted in film and TV is such an exciting thing.” She adds, “Basically, the people are great, the scenery is great, it’s the best kind.”

Located on the island of Newfoundland, the architecture in St. John’s is quite different from the rest of the country, as most of the buildings are remnants of its rich history. The capital city is home to several museums and national historic sites, such as the Provincial Museum of Newfoundland and Labrador, the Railway Coastal Museum, Murray Premises, and Signal Hill.

Rebecca Dalton essays the role of the professional dog trainer in the Hallmark movie. You might recognize the talented actress from her performances in ‘A Tiny Home Christmas,’ ‘From Italy with Amore,’ and ‘A Honeymoon to Remember.’ On the other hand, Corey Sevier plays Simon, Alex’s love interest.

Read More: Where Was Hallmark’s The Christmas Cure Filmed? Who is in the Cast?