Where Was Hallmark’s The Holiday Stocking Filmed? Who is in the Cast? 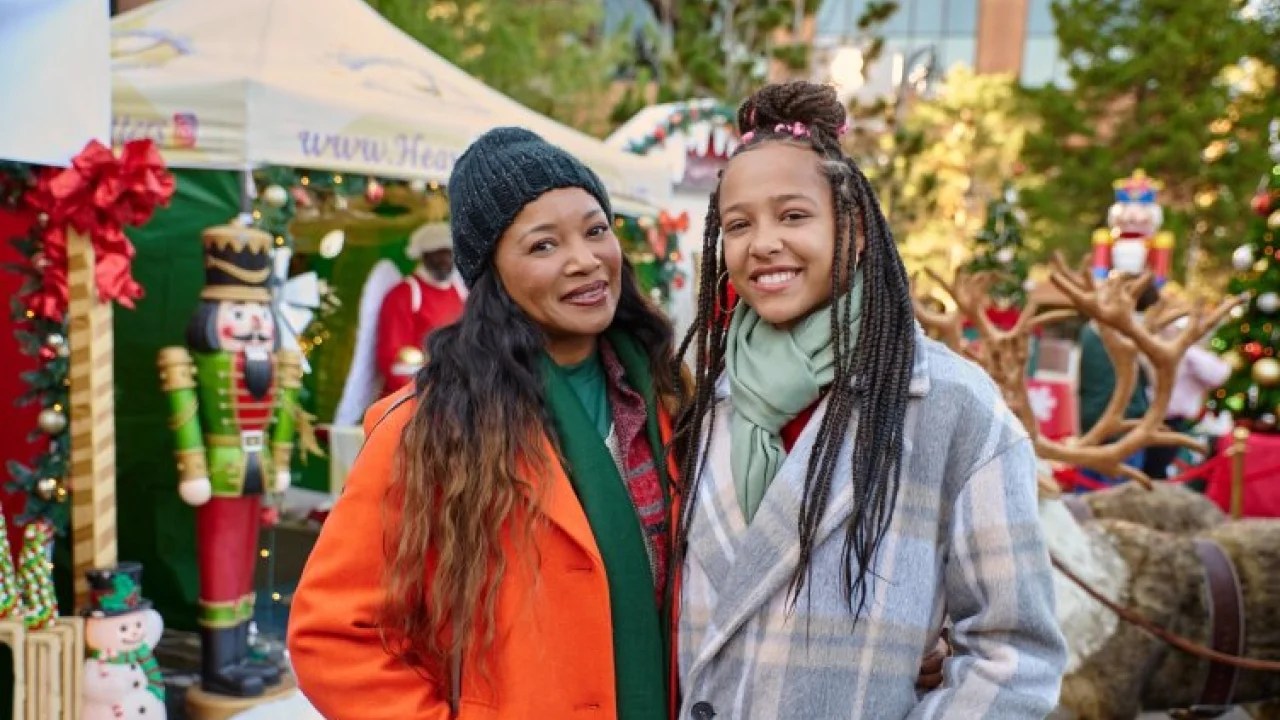 Directed by Roger M. Bobb, Hallmark Mahogany’s ‘The Holiday Stocking’ is a romantic movie that follows a wealthy businesswoman, Dani, and her distanced sister Marlow, a baker who runs her late mother’s bakery. The two just lost their elder brother, Robert, who, as a new angel, chooses to don his angelic wings and attempt to mend the breach between his sisters sparked by a succession of family tragedies. Much like classic Christmas movies, there’s a fascinating twist. Robert is not permitted to disclose his identity or goal.

To reunite with his sisters and persuade them to participate in one more round of their family’s long-forgotten Christmas ritual, he changes into a charming stranger, RJ, who has 12 days to reconcile the sisters. The movie gets the viewers hooked on the narrative that deals with numerous intriguing Christmas themes, including bringing the family together and upholding long-lost family traditions. In addition, what makes one wonder is the interesting use of visual backdrops to showcase the festive vibes. So, if you wish to find out where ‘The Holiday Stocking’ was shot, let us fill you in on all the details!

The first Christmas movie of Hallmark’s Mahogany series, ‘The Holiday Stocking’ was filmed entirely in Utah, specifically in the Salt Lake City metropolitan area. The principal photography for the holiday romantic comedy film reportedly commenced in mid-September 2022 and wrapped up within a few weeks by the end of the same month. Now, without much ado, let us take you through all the specific sites in the Christmas movie!

‘The Holiday Stocking’ was extensively shot in Salt Lake City in Utah. To film against appropriate backdrops, the production team set up camp at several locations across the capital and largest city of the state. One of the cast members, Tamala Jones, spoke to KTLA News about the experience of filming the movie in the heat of summer rather than in winter, as the movie portrays. She said, “It was like 107 degrees and smoldering hot, and we had all these coats and sweaters on, and we psyched ourselves out. I kept saying, ”It’s freezing in here, isn’t it freezing?’ and you’ve got sweat dripping down your face…”

Situated in the northeastern portion of the Salt Lake Valley, the city also serves as the administrative center for the eponymous county, which is the state’s most populous county. Salt Lake City is renowned for having a cold, semi-arid environment, with snowfall beginning in November and lasting until April. Therefore, many tourists come to the city during these months primarily for skiing and other outdoor leisure activities.

Due to all of the above characteristics of the city, filming of ‘The Holiday Stocking’ in the location stands justified. Several productions have used the location of Salt Lake City for filming. A few are ‘Falling For Christmas,’ ‘Haul Out the Holly,’ and ‘Christmas Under Wraps.’

Tamala Jones portrays Marlow in ‘The Holiday Stocking.’ The actress is known for her work in ‘Holiday Rush,‘ ‘Castle,’ and ‘What Men Want.’ Nadine Ellis plays Dani in the Hallmark movie; you may recognize Nadine for her performances in ‘The Christmas Clapback’ and ‘Christmas for Sale.’ B J Britt essays the role of Dani and Marlow’s angel brother, R J. Some of his notable works are ‘Christmas Dilemma’ and ‘Agents of S.H.I.E.L.D.’ Other cast members include Alireza Mirmontarezi (Patron), Lonzo Liggins (Frank), Cheryl Vienna (Mrs. Whitlock), Exie Booker (Stefon), Mary Fanning Driggs (Sarial), and Mykelti Williamson.

Read More: Where Was Hallmark’s A Fabled Holiday Filmed? Who is in the Cast?