Where Was Hallmark’s A Fabled Holiday Filmed? Who is in the Cast? 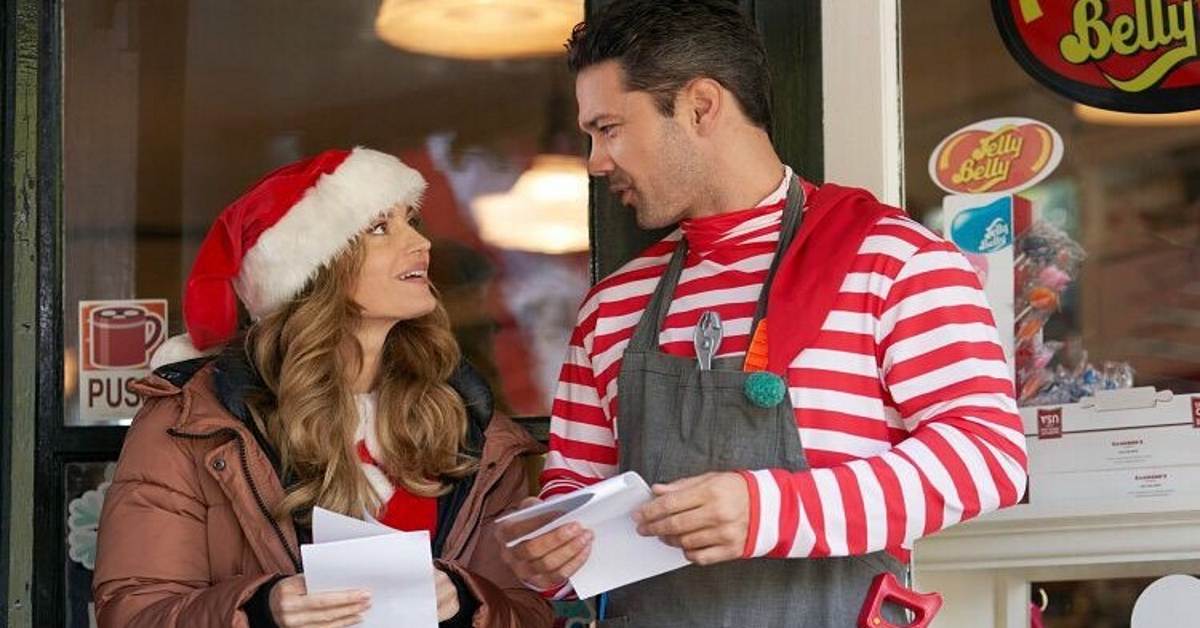 Part of Hallmark’s ‘Countdown to Christmas’ line-up, ‘A Fabled Holiday’ is a romantic movie set against the backdrop of the holiday season. Directed by Ruby J. Munro, the film chronicles the tale of two childhood best friends — Talia and Anderson — who unexpectedly cross paths in the magical town of Wunderbrook, where they mend their problems and experience the true spirit of Christmas.

The Hallmark movie is a light-hearted rom-com that explores Christmas themes such as reconnection, magic, nostalgia, and more. These factors evoke a festive mood and honor upbeat feelings like love and friendship. Additionally, the settings and backdrop accentuate the festive spirit of Christmas, a beautiful time that heals your heart and brings people closer, and provides an energizing mood, leaving one to wonder where ‘A Fabled Holiday’ was shot. Curious about the same? Well, we’ve got you covered!

‘A Fabled Holiday’ is set in the quaint town of Wunderbrook. If you’re wondering whether that’s a real location, let’s tell you that no such place exists on the map. The Hallmark production was filmed in British Columbia, mainly in Vancouver, Abbotsford, and Pitt Meadows. The principal photography presumably commenced in the Summer of 2022 and wrapped up within three weeks in the Fall of the same year. The province is renowned for its vibrant culture and lively way of life, which contribute to the festive and fairytale aspect of the Christmas film. Now, let us look at the specific filming locations in the holiday romance!

The majority of ‘A Fabled Holiday’ was filmed in Vancouver, at different sites across the city. The city, commonly known as Hollywood North, is a performing arts center. Thus, it is understandably friendly, exuberant, and packed with facilities needed for production. In addition to this, Vancouver’s landscape is so breathtaking that stunning mountains, water features, woods, and big skyscrapers may all be found near one another.

The city’s characteristics create the tone for various situations and reflect the feelings of the characters. The warm tone of the film is further enhanced by the fact that Vancouver experiences nice weather for most of the year. The seaside city is also one of the most studio-friendly sites in the industry due to the tax incentives provided by the government for filming in the region. Other Hallmark movies taped in Vancouver include ‘Home for Harvest,’ ‘Mary Go Round,’ ‘To Her With Love,’ and others.

A portion of the film ‘A Fabled Holiday’ was taped in Abbotsford, located about 70 km from the city of Vancouver. To shoot a few sequences, the cast and crew visited Clayburn Village Store, the famous gourmet food and sweet shop at 34810 Clayburn Road in the city. The store has also been featured in multiple Christmas movies such as ‘A Glenbrook Christmas,’ ‘Christmas in Evergreen,’ ‘Open by Christmas,’ ‘Christmas Time is Here.’

The magical scenes of the beautiful Lindsey Stirling playing violin in the fairytale town of Wunderbrook has been shot in Pitt Meadows. Pitt Meadows is located east of Vancouver in the Lower Fraser Valley. The region is mostly agricultural and is located on the Fraser River’s north bank. There are several different filming venues available in the City of Pitt Meadows. This small yet progressive city is home to an astounding variety of places, from the crystal-clear waters of North America’s biggest tidal lake to a bustling metropolitan region with a distinctive heritage region. Many Christmas movies have been filmed in the location. Some of them are ‘Time for Them to Come Home for Christmas,’ ‘Time for Me to Come Home for Christmas,’ ‘Christmas in Evergreen,’ and others.

Brooke D’Orsay essays the role of Talia in ‘A Fabled Holiday.’ She is best known for her performance in several productions such as ‘Wedding of a Lifetime,’ ‘A Dickens of a Holiday,’ ‘Beverly Hills Wedding,’ and others. On the other hand, Ryan Paevey essays the character of Anderson in the romantic comedy. You might recognize Ryan from his roles in ‘Two Tickets to Paradise,’ ‘Coyote Creek Christmas,’ ‘A Timeless Christmas,’ ‘Christmas at the Plaza,’ and others.

Read More: Where Was Hallmark’s A Big Fat Family Christmas Filmed? Who is in the Cast?