Where Was Hallmark’s Two Tickets to Paradise Filmed? Who Is In The Cast? 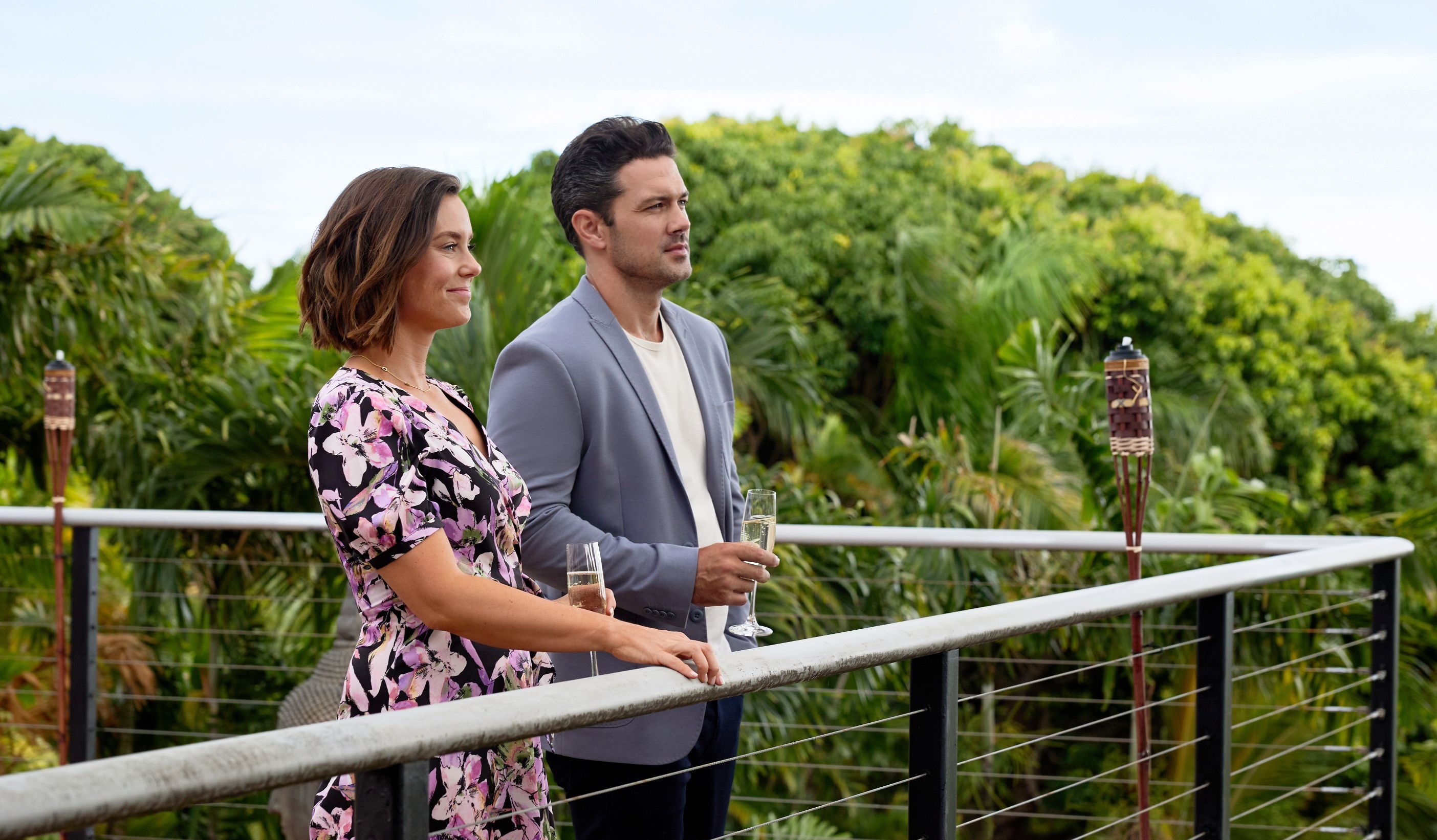 Director Dustin Rikert helmed Hallmark Channel’s original travel-themed romance movie ‘Two Tickets to Paradise.’ It is a part of the network’s Summer Nights line-up, telling the interesting tale of two jilted lovers. After being dumped at the altar, strangers Hannah and Josh meet in a park on what seems to be the worst day of their lives. In the course of their stroll in the park, they achieve the moral boost both of them require. While Hannah considers going on a honeymoon, Josh plans to escape the town on the first flight.

Coincidentally, Hannah and Josh end up at the same destination, in the same hotel on an exotic island. ‘Two Tickets to Paradise’ delivers spotless fun with its grounded narrative, while the lead pair’s chemistry adds a fairytale-like touch. Most of the movie unveils in the picturesque tourist destination where Hannah is about to spend her honeymoon, making the audience wonder where the heartwarming romance was filmed. In that case, allow us to spill further.

‘Two Tickets to Paradise’ was filmed in Hawaii, specifically in Honolulu. Initially titled ‘Hannah’s Honeymoon,’ principal photography for the movie likely commenced in late April 2022, getting wrapped up after two weeks by May 10 of the same year. While Daniel Koenig (‘A Mermaid’s Tale’) joined the team as the production designer, Michael Wigle (art director of ‘Glass Jaw’) came on board as the art director. Regarding filming in Hawaii, the archipelago state offers exotic landscapes, serene beaches, and enticing views of The Pacific.

Furthermore, film and TV crews taping in O’ahu, the most developed island of the archipelago, can obtain up to 20% tax credit on qualified expenditures. If they shoot on other desolate islands, the government offers an additional 5% tax incentive. For these reasons, Hawaii has become one of the most coveted offbeat filming destinations for international productions. Let us now take you to the specific locations where the movie was lensed.

Almost the entire movie captures Hannah’s honeymoon in Honolulu, the capital city of Hawaii, where the cast and crew extensively taped several sequences. Located on the south shore of O’ahu island, the city showcases a unique brand of cosmopolitanism reflected in its local culture and cuisine.

The luxurious Hawaiian hotel where Josh and Hannah meet again on-screen was recreated in the Royal Hawaiian Resort, where most of the interior and exterior scenes were recorded. The 5-star tourist accommodation is located at 2259 Kalakaua Avenue in Honolulu. Additional scenes were filmed on Honolulu’s pristine sand beaches and in neighborhoods and markets across the city.

‘In Two Tickets to Paradise,’ Ashley Williams essays the role of Hannah Holt, a girl unsure of life. Williams is a known face amongst Hallmarkies, having worked in multiple movies with her sister Kimberly Williams-Paisley, especially the ‘Sister Swap‘ movies. However, she is best known for her portrayal of Victoria in the hit sitcom ‘How I Met Your Mother.’ Ryan Paevey stars opposite Williams as Josh Wyatt in the Hallmark romance. Some of his notable credits include ‘General Hospital’ ‘Unleashing Mr. Darcy’ and ‘Coyote Creek Christmas.’