Where Was Hallmark’s A Big Fat Family Christmas Filmed? Who is in the Cast? 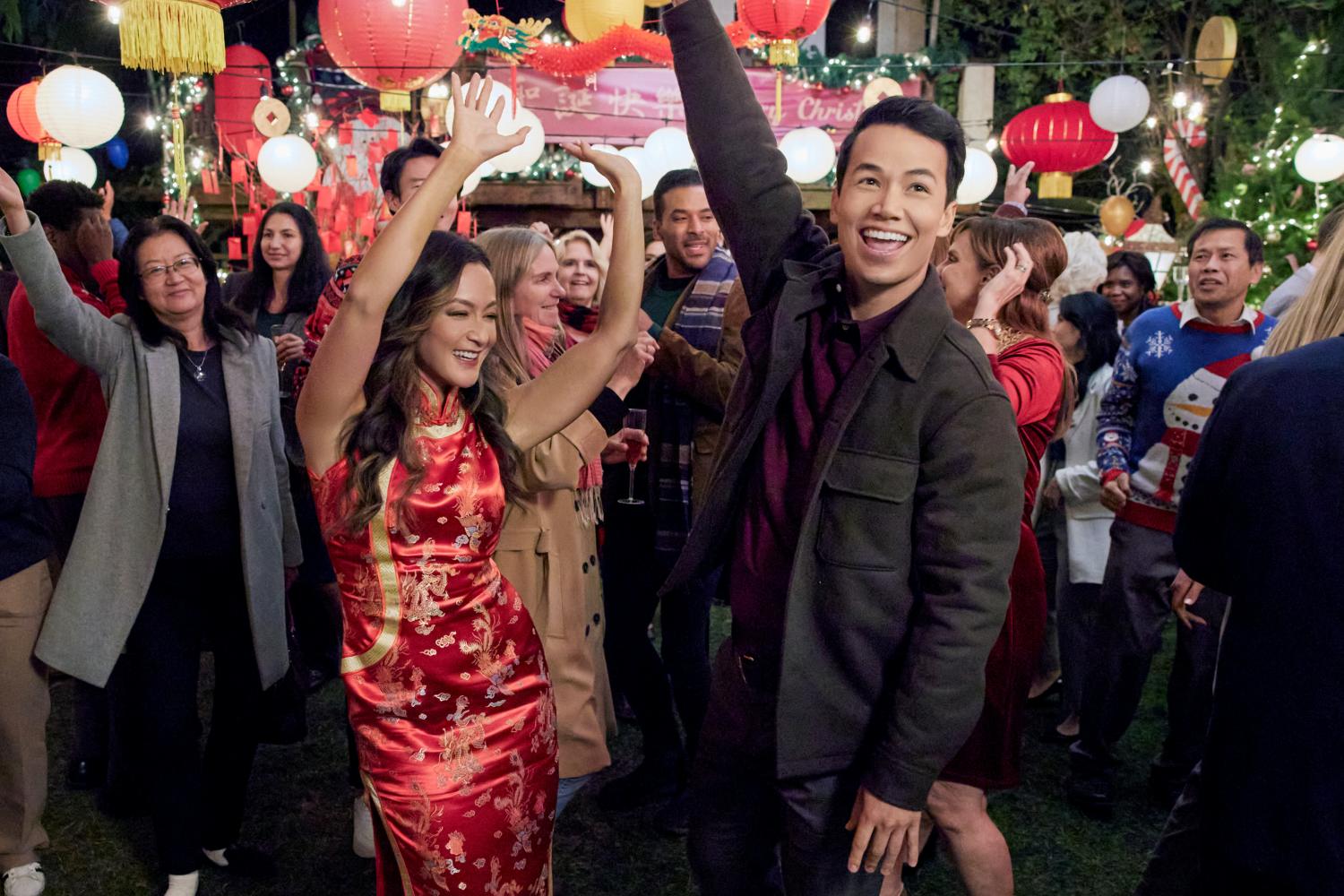 Directed by Jennifer Liao, Hallmark’s ‘A Big Fat Family Christmas,’ a part of Hallmark’s ‘Countdown to Christmas’ lineup, is a romantic comedy film that revolves around Liv Chang, a photographer at San Francisco Chronicle and a social media influencer who goes by the name Liv Rose. For her next big project, she is supposed to cover a big Christmas celebration party hosted by a loud and proud Chinese-American family that happens to be Liv’s.

Paired with a new coworker, Henry, Liv has to capture the essence and the story of the Changtastic party. However, she has managed to keep her relations with the Chang family under the radar from her fans and Henry. Due to an unforeseen situation, the Chinese-American family loses all their donations from their community, and Liv is left with no choice but to seek help from her family.

During this dramatic turmoil, Liv discovers her true self, reconnects with her family, and eventually falls in love over the holiday spirit. Apart from its talented cast, the holiday movie’s magic can largely be attributed to its uplifting and attractive visuals. The scenes provide fitting atmospheres for Liv’s two different personalities, on and off social media without losing their charm. Naturally, people are eager to know where the movie was shot, and we are here to answer the same!

Part of Hallmark’s ‘Countdown to Christmas’ lineup, ‘A Big Fat Family Christmas’ was filmed primarily in Vancouver, British Columbia as well as in San Francisco. The principal photography of the movie took place presumably in September of 2022 and ended in the same month. Let’s dive right in and explore the location in a bit more detail, shall we?

The cast and crew appeared to be having a blast while filming was going on. Even though some people found it challenging to wear several layers of clothes in September, they still gave it their all. Actor Shannon Kook shared his insights with Digital Journal where he said, “I think this film addresses identities and heritage at the same time while celebrating Christmas.” He added, “It’s a beautifully balanced story.”

He spoke highly of his collaboration with Shannon Chan-Kent, the film’s female protagonist. “It was lovely to work with her,” he said. “It was a wonderful process to share this with her.

Vancouver is one of the most prominent cities in the Great White North and has long been a magnet for numerous sectors. Everyone may find a home in the seaport city, from businessmen to filmmakers. Its extensive history may be traced back thousands of years to the time when many indigenous tribes called it home. Since its official founding in 1870, it has only become more well-known. In order to record indoor and outdoor sequences against the suitable backdrops, the actors and crew had to travel across the city. In order to create the set shown in the Christmas movie, it appears that the actors and crew made use of the facilities of an actual film studio located in the city.

Vancouver, sometimes referred to as Hollywood North, is home to some of the biggest film studios and has hosted the production of several Hallmark movies like ‘When I Think of Christmas,’ ‘Warming Up To You,’ ‘Nature of Love’ and, ‘Journey of My Heart.’

A few of the scenes of ‘A Big Fat Family Christmas’ was shot across different locations across San Francisco. The film used a red and green painted cable car decked in Christmas decoration in September, drove actual passengers down Washington Street’s Powell-Hyde line. According to Manijeh Fata, executive director of the San Francisco Film Commission, additional locations where sequences were filmed in the City by the Bay included Chinatown, the Financial District, and areas close to Piers 7 and 15.

The beautiful Shannon Chan-Kent plays the role of Liv Chang in ‘A Big Fat Family Christmas.’ You may recognize her from her work in ‘You,’ ‘Another Life,’ and ‘Pokemon.’ Her love interest and colleague, Henry is portrayed by the handsome Shannon Kook. You might know him from, ‘Conjuring,’ ‘The 100,’ ‘Goliath,’ and others. Other appearances in the cast include Jack Wager as Charles, Tia Carrere as Ivy, Ryan Mah as Eric, Lilian Lim as Mrs. Lin, Yee Jee Tso as Jack, Erick Gow as Singer, Emily Leung as Nora, and Anna Hagan as Andrew.