Where Was Hallmark’s When I Think of Christmas Filmed? Who is in the Cast? 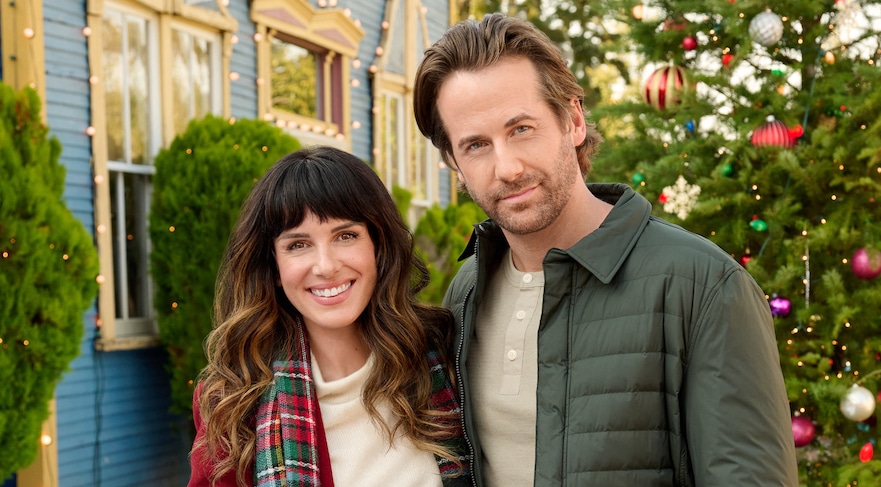 Directed by Peter Benson, Hallmark’s ‘When I Think of Christmas’ is a romantic comedy movie that centers on the story of two long-lost lovers, who had once planned a life together in music, as they rekindle the romantic spark in the holiday season. It revolves around a lawyer named Sara who returns to her hometown only to be surprised by her ex-boyfriend Josh. The pair plan to put up a Christmas concert in their hometown that takes them back to their once-lost love and music.

The rekindling of love through the language of music truly captivates the audience. Moreover, what elevates every scene is the Christmassy backdrop which carries a sense of young love and glee and immerses the audience. Seeing such picturesque locales makes you wonder where ‘When I Think of Christmas’ was shot. Well, allow us to fill you in on the details.

When I Think of Christmas Filming Locations

‘When I Think of Christmas’ was filmed in British Columbia, specifically in Vancouver. The principal photography for the heartwarming holiday movie seemingly took place around October 2022. It is well-known for its multiculturalism, and its urban cities are humming with excitement. These aspects of the westernmost Canadian province enhance the urban ambiance of the film, and the magnificent mountain ranges provide several scenes with a much-needed sense of holiday and warmth. Here’s a closer look at the stunning locations used in the holiday romantic comedy.

‘When I Think of Christmas,’ along with numerous other Hallmark films including ‘All Saints Christmas’, ‘Inventing the Christmas Prince’, ‘Our Italian Christmas Memories,’ was most likely filmed in Vancouver. Cast and crew seemingly moved across the port city to shoot various sequences against appropriate backgrounds. Vancouver is located on the lower mainland of British Columbia, and the movie’s representation of diversity is evident by the steady flow of people from all walks of life into its harbor.

Vancouver, often dubbed Hollywood North, is a popular location for filming movies and TV series because of its cutting-edge production facilities, tax breaks for the industry, and vast network of creative and technical personnel. Furthermore, the city is perfect for filming a project like ‘When I Think of Christmas’ due to the excellent weather, cloud cover, and fascinating terrain. Overall, the locations used for the film heartwarming the cheerful narrative and make the viewer experience comfort during the holiday season.

When I Think of Christmas Cast

Shenae Grimes-Beech portrays the role of Sara in ‘When I Think of Christmas.’ You may recognize the actor from her notable performance in shows and movies like ‘Scream 4,’ ‘90210,’ ‘The Detail,’ ‘Degrassi: The Next Generation,’ and ‘iZombie.’ Joining Shenae as Josh in the film is Niall Matter, who is known for his appearances in other productions such as ‘Aurora Teagarden Mysteries,’ ‘When Calls the Heart,’ ‘Eureka,’ and ‘Magnum P.I.’

Read More: Where Was Hallmark’s Christmas Bedtime Stories Filmed? Who is in the Cast?