Where Was Hallmark’s My Southern Family Christmas Filmed? Who is in the Cast? 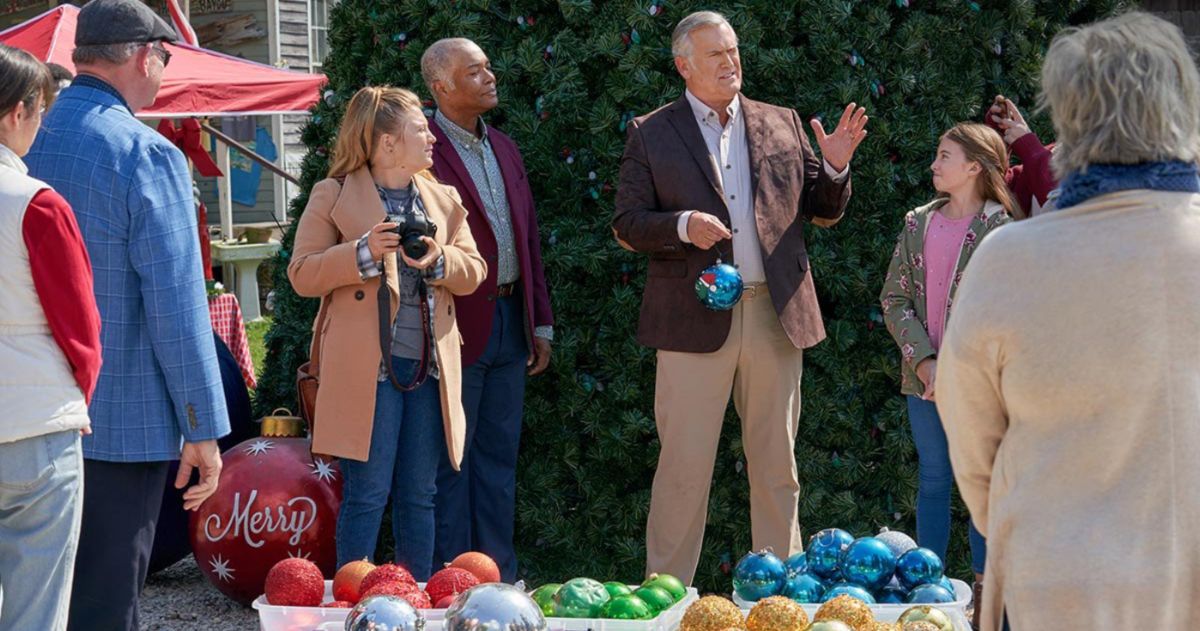 Directed by Emily Moss Wilson, Hallmark’s ‘My Southern Family Christmas’ is a romantic comedy family movie that revolves around a journalist named Campbell who heads to a small town in Louisiana to cover a story about the Pere Noel Christmas celebration and their metaphorical Santa, a man named Everett. Turns out, the latter is Campbell’s estranged biological father, Everett. While working on her story, Campbell decides to keep her true identity a secret from him.

However, as she spends more time with Everett, his new family, and the town’s record keeper, Campbell learns that families are complicated but amazing. Ultimately, she faces the dilemma of revealing her secret identity to her father and his family, which might alter the family Christmas forever. The backdrop of the winter holiday season and a small-town aesthetic elevates the appeal of the heartwarming narrative of this Hallmark production. Naturally, it makes one wonder where ‘My Southern Family Christmas’ was actually shot. If you are paddling the same boat of curiosity, we have you covered!

‘My Southern Family Christmas’ was set and shot entirely in the Baton Rouge metropolitan area of Louisiana, particularly in the cities of Baton Rouge and Sorrento. The filming of the comedy movie commenced on September 6, 2022, and was wrapped up within the same month. Now, let’s take a look at all the specific locations that appear in the Hallmark movie!

A major portion of ‘My Southern Family Christmas’ was shot in a neighborhood in the Baton Rouge area. Filming for the movie began on September 6, 2022, in this region. Celtic Studios in Baton Rouge was also used for filming the indoor scenes for the movie. Other notable productions filmed in the studio are, ‘True Blood,’ ‘Battleship,’ ‘The Fantastic Four,’ and others.

Most of the pivotal scenes for ‘My Southern Family Christmas’ was lensed in Ascension Parish in Louisiana, especially in the town of Sorrento. The film featured the famous Cajun Village and Coffee House in Sorrento, where many scenes were filmed. Filming in the said location began on September 21, 2022, and carried on till September 23, 2022.

In conversation with BR Proud, producer Daniel Lewis, who hails from Sorrento, said, “Most of the crew members are from Louisiana as well as a few of the cast members.” While talking about the hospitality of the people of the town, Lewis added, “the Robert’s and all of the vendors as well as the community of Sorrento have been very supportive.” Other notable productions filmed in the location are ‘21 Jump Street,’ ‘The Apostle,’ ‘Captain Marvel,’ and others.

Jaicy Elliot portrays Campbell in the Hallmark movie. The actress might seem familiar to some as she has played prominent roles in ‘Grey’s Anatomy,’ ‘Station 19’, and ‘Romance in Style.’ On the other hand, Bruce Campbell essays the role of Everett, the estranged father. Bruce is known for his work in ‘Oz the Great and Powerful,’ ‘Black Friday,’ ‘Archer,’ and others. Other cast members include Ryan Rottman (Jackson), Moira Kelly (Jennifer), Bri Collins (Mary), Gralen Bryant Banks (Mayor Thomas), Sarah S. Fisher (Journalist), and Katie Hughey (Sarah Wallace).

Read More: Where Was Hallmark’s When I Think of Christmas Filmed? Who is in the Cast?