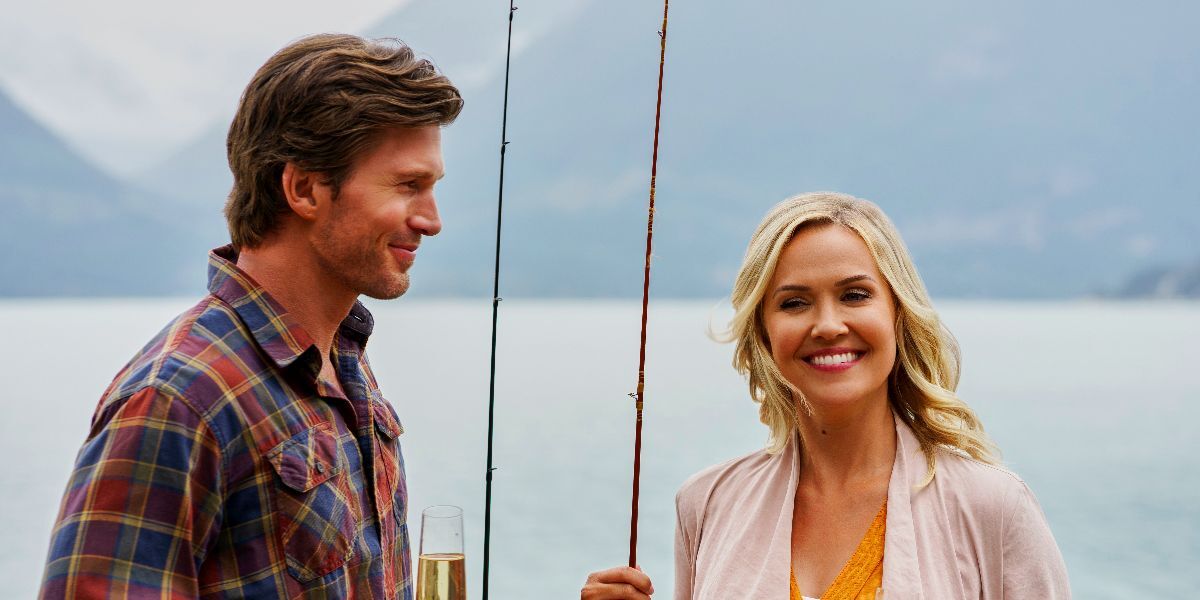 ‘Nature of Love’ is a romantic comedy that follows Katie, an ambitious girl from the city, who decides to visit a glamping resort to work on a vital magazine feature in peace and also to find some solace from the busy city life. Katie has never attempted any camping activity, but her only aim at the glamping resort is to write about her experience without revealing her identity to anyone. At the resort, she meets Will, an avid outdoorsman and camping instructor, who urges her to try out some adrenaline-pumping activities.

Although reluctant at first, Katie decides to give it a try. With Will’s support and encouragement, she faces her fears by opting for a horseback ride, bird watching, zip-lining, etc. During the life-changing experience, Katie starts developing feelings for Will, who already seems to be smitten with the resort owner’s daughter Olivia. All of a sudden, Katie’s boss asks her to write a story about Will – “The Mountain Man.” Confused between seeking a potential love story and following her boss’ orders, what will Katie do?

Initially titled ‘Love & Glamping,’ the movie has been directed by Marita Grabiak and written by Uma Incrocci. ‘Nature of Love’ was well-received by the audiences for its beautiful setting. Let’s find out where the movie was filmed?

A part of Hallmark’s Spring Fling 2020 Collection, the movie was filmed entirely in Canada. The Great White North is a preferred filming location for most of the Hallmark movies because of its tax benefits, favorable climate, the presence of many production studios, and stunning locales. Check out the specific filming sites!

The movie was extensively shot in Alice Lake Provincial Park in Squamish, British Columbia. One of the most popular camping destinations in British Columbia, the park is located at BC-99, Squamish, BC V0N 1H0, Canada, which is just 13km north of Squamish.

Here’s a picture from the first day of filming. It was shared by Erin Boyes, who plays Olivia Barry, the daughter of the resort-owner in the film.

Here’s another picture of Erin, chilling by the lake alongside Emilie, who appears in the film as Katie.

The park is loaded with 108 campsites, some of which are equipped with electricity and washrooms, etc. Check out another behind the scenes picture from the site!

It is enclosed by lush green mountains and lakes like Edith, Stump, Fawn, and Alice, which makes it a hotspot for swimming, picnic, and fishing.

Vancouver is also known as the Hollywood North, because of its cinematic landscape and movie studios.

It has served as the filming location for several scenes in the movie. Here’s a picture shared by Erin on her Instagram profile.

A plethora of Hollywood movies and shows have been shot in Vancouver, like ‘Fifty Shades of Grey,’ ‘Twilight,’ ‘Riverdale,’ ‘The Flash,’and many others.

The movie features Emilie Ullerup as the free-spirited city girl Katie, who is new to the athletic lifestyle. You may recognize Emilie as Bree O’Brien from ‘Chesapeake Shores.’ Her other credits include ‘Sanctuary,’ ‘Arctic Air,’ and ‘Riese.’ Christopher Russell joins the cast as Katie’s love interest, the adrenaline junkie, Will. His notable credits include ‘Dirk Gently’s Holistic Detective Agency,’ ‘Star Trek: Discovery,’ and ‘Flashpoint.’

Donna Benedicto, best known for her role as Agent Riff in ‘Supergirl,’ stars in the movie as Katie’s friend Penny. ‘Heartland’ fame Eric Gustafsson appears as Chase, while ‘I Am the Pretty Thing That Lives in the House’ actor Erin Boyes plays the role of Olivia. ‘Motherland: Fort Salem’ fame Catherine Lough Haggquist essays the character of Sabrina.