Where Was Halloween Ends Filmed? 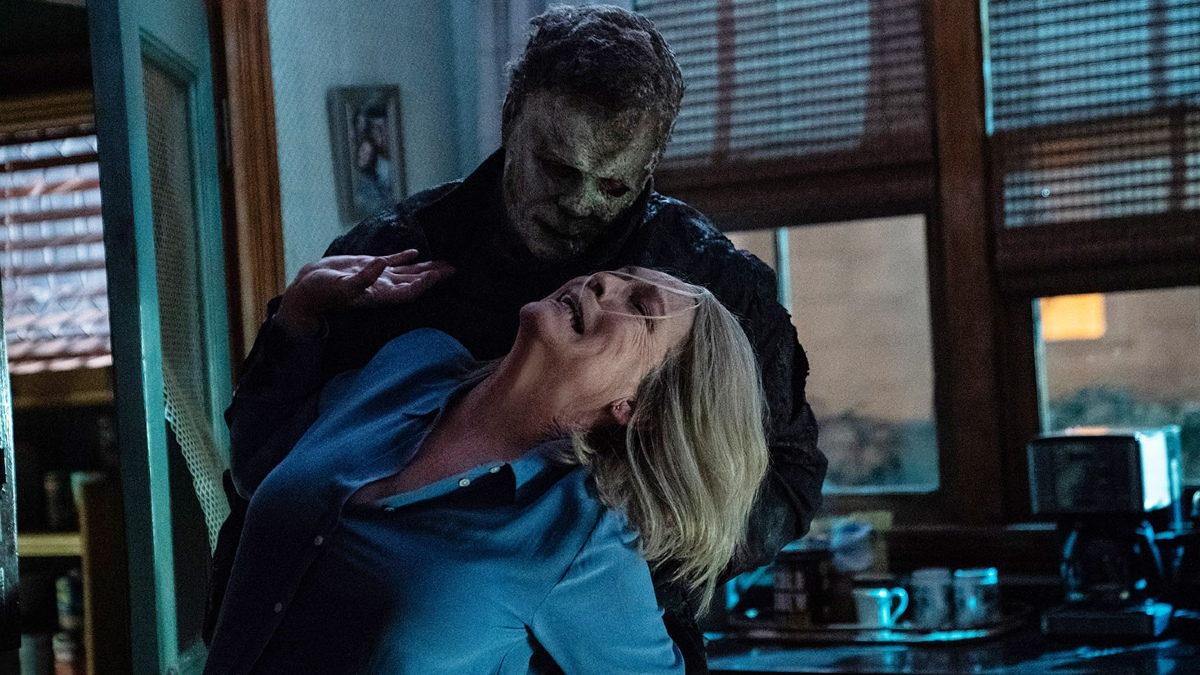 A sequel to the 2021 movie ‘Halloween Kills,’ ‘Halloween Ends’ is a slasher movie co-written and directed by David Gordon Green, making it the thirteenth installment in the ‘Halloween‘ franchise. Set four years after the events of ‘Halloween Kills,’ it follows Laurie, who lives with her granddaughter, Allyson while working on her memoir. Meanwhile, there hasn’t been any news of Michael Myers since his last violent rampage. After letting him control and frighten her sense of reality for years, Laurie finally finds herself free from her fears.

However, when Corey Cunningham is accused of murdering a boy he was babysitting, Laurie is forced to face the evil she has kept under wraps for so long. Set in the fictional and iconic town of Haddonfield in Illinois, the ominous narrative is matched by the use of some shady and eerie locations throughout the movie. So, it is natural for you to be curious about the actual filming sites of ‘Halloween Ends.’ Lucky for you, we have all the necessary details regarding the same!

‘Halloween Ends’ was filmed in Georgia and Utah, specifically in Savannah, Sylvania, and Salt Lake City. The original plan was to shoot the movie during the summer of 2020, but due to the COVID-19 pandemic, there was a change in plans. After several months of delays, the principal photography for the thriller movie finally commenced in January 2022 under the working title ‘Cave Dweller’ and wrapped up in March of the same year. Now, let us take you to all the specific locations where the movie was shot!

Most of ‘Halloween Ends’ was lensed around Savannah, Georgia’s oldest city and the county seat of Chatham County. The house at 1206 East Duffy Street portrayed Laurie’s house in the movie and was utilized to tape several exterior and interior scenes, including her home office scenes. Moreover, several portions were recorded in and around Live Oak Street & East Duffy Street.

In February 2022, the cast and crew members were spotted shooting some crime scenes, including a parked car and police officers, in and around 1920 Waters Avenue. During the shoot, Asbury Memorial Church at 1008 East Henry Street was used as a base camp for the production team, catering, and crew parking. As per reports, a few pivotal sequences for the slasher movie were also shot in Forsyth Park at 2 West Gaston Street and a neighborhood near Juliette Low Park.

For shooting purposes, the filming unit of ‘Halloween Ends’ set up camp in Sylvania, a town in and the county seat of Screven County. A casting call was held at Little Dipper Coffee and Ice Cream at 103 North Main Street, so there is a possibility that a few scenes were recorded at the coffee shop itself.

Additional portions for ‘Halloween Ends’ were reportedly taped in Salt Lake City, Utah’s capital and most populous city. Located in the northeast corner of the Salt Lake Valley, Salt Lake City is a prominent tourist destination, thanks to the city’s skiing and other outdoor recreational activities. Over the years, it has served as a key filming site for many movies and TV shows, such as ‘Hereditary,’ ‘The Sandlot,’ and ‘Yellowstone.’