Where Was HGTV’s Brother vs Brother No Rules Filmed? 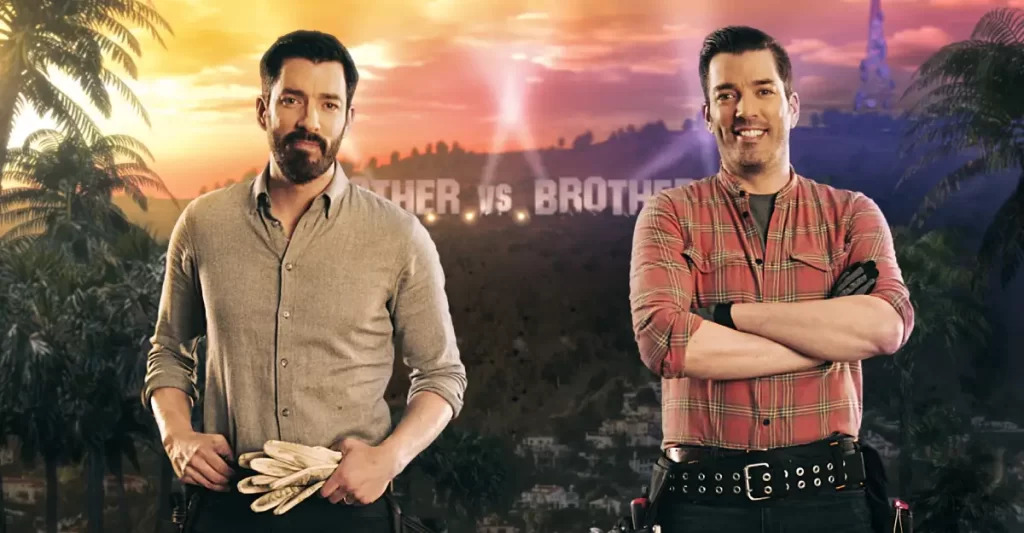 To enhance their chosen properties, Jonathan and Drew must make the most of their renovation knowledge and skills to get the better of each other. The loser must undergo a series of humiliating tasks, including cleaning up after the winner and his date. While the added twist makes things all the more entertaining for the viewers, the renovation of different properties in diverse locations makes you wonder where the eighth season of ‘Brothers vs. Brothers’ was shot. Well, if you are curious about the same, we have you covered!

‘Brother vs. Brother: No Rules’ was filmed entirely in California, particularly in Los Angeles County. The principal photography for the eighth round of the reality show seemingly commenced in late 2021. Located in the Western United States, Golden State is the most populous and the third largest state in the United States. Now, let us take you through all the specific places where the Scott twins work their renovation magic!

Most of the pivotal sequences of ‘Brother vs. Brother: No Rules’ were lensed in and around Los Angeles County, the most populous county in California and the United States. As per reports, both the mountainous and the beach terrains feature in the eighth season as Drew took up a project on the hillside, whereas Jonathan worked on a beach-adjacent property in the Los Angeles area. Moreover, the outcomes of each challenge were taped in various exciting locations across Los Angeles County.

This includes a sequence including the MARS Rover at NASA’s Jet Propulsion Laboratory at 4800 Oak Grove Drive, Pasadena, and another one documenting a drive at the Petersen Automotive Museum at 6060 Wilshire Boulevard in Los Angeles. Besides, a fun magic trick sequence featuring one brother sawing the other into half was recorded at The Magic Castle at 7001 Franklin Avenue in Los Angeles.

In a statement, Jonathan said, “I want my shot to win in L.A., and now that I live here too, it will be a fair fight that I plan to win. These are some of our wildest renos ever, and it will all come down to who does it best.” Situated in Southern California, Los Angeles County is home to several landmarks and tourist attractions. Some are the Los Angeles County Museum of Art, the Los Angeles Zoo, the Natural History Museum of Los Angeles County, the La Brea Tar Pits, and the Hollywood Bowl, which you might spot in the backdrop of a few scenes.