Where Was Lifetime’s Cloudy With a Chance of Christmas Filmed? Who is in the Cast? 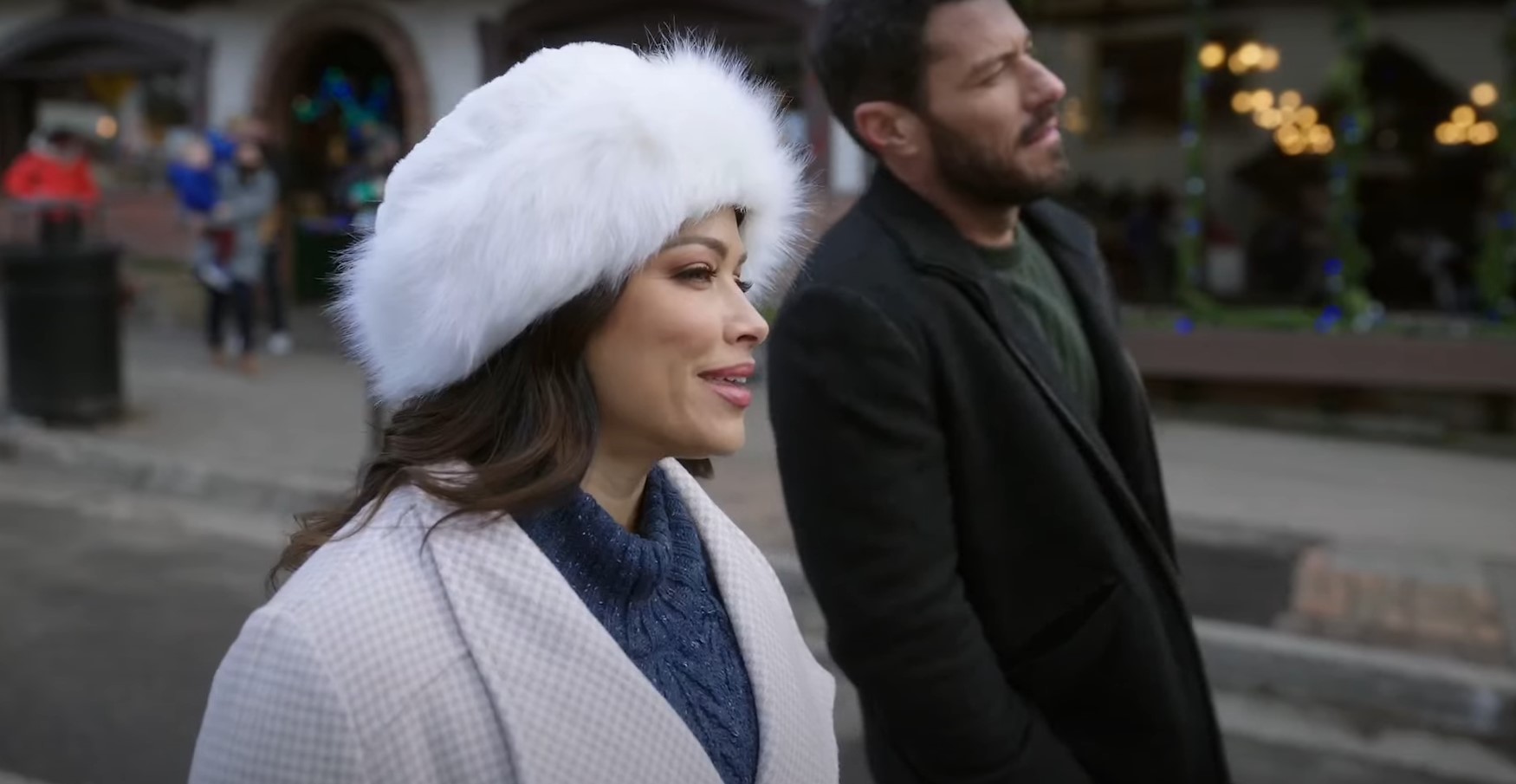 Directed by Jake Helgren, Lifetime’s ‘Cloudy With a Chance of Christmas’ is a romantic comedy movie that aims to spread Christmas cheer through a heartwarming story. The film follows a weather forecaster named Bridget Torres, who is asked to travel to the beautiful and wintry town of Leavenworth, Washington, which is well-known for its holiday traditions. Ready to show the world what she can do, Bridget’s plans are put on hold by the arrival of Drake Kincaid, a local talk show host.

The tensions between the two are initially quite high when Bridget learns that Drake had refused to hire her as a co-host a year before. Despite their professional rivalry, the two start to develop a tentative romantic bond. However, the reason behind Drake’s refusal to hire her might change Bridget’s mind. The movie’s cast does an excellent job of helping the viewers fall in love with the characters. However, the film’s visual aspect truly steals the heart of the fans with its picturesque beauty. Naturally, people are eager to know where the breathtaking movie was shot, and we are here to answer the same!

Cloudy With a Chance of Christmas Filming Locations

‘Cloudy With a Chance of Christmas’ was filmed on location in Leavenworth, Washington. The principal photography for the film took place in December 2021 and January 2022, with Allen Chodakowski acting as the cinematographer. Let’s explore the beautiful location in a bit more detail!

The production of ‘Cloudy With a Chance of Christmas’ took place in Leavenworth, Washington. The movie is, in fact, set in the same area and takes advantage of the North Cascades mountains in the backdrop. The movie’s cast and crew had a great time while filming and felt that the beautiful region was the perfect place to enjoy the final days of 2021. The snow-covered landscape of Leavenworth provided the perfect background for the delightful Christmas-themed story.

The Bavarian-styled village has several attractions centered around the festival of Christmas. Whether it’s the snow-capped mountains or places like the Nutcracker museum, Leavenworth has something for everyone. If vacationing in winter is not your style, then fear because no matter the time of the year, Leavenworth always has something for the tourists to enjoy. The valley area surrounding Leavenworth is known for its evolving wine culture. The very same mountains that capture you with their beauty in the winter can be hiked on during the warmer parts of the year if you are someone with an adventurous spirit.

Given its proximity to the bustling city of Seattle, Washington, the Leavenworth area has often been used by filmmakers who find it easy to travel to the location. Not only is it relatively easier to commute to, especially from Los Angeles, California, but it also boasts an energetic atmosphere that often makes the cast and crew feel alive. Over the years, Leavenworth has hosted the production of several movies like ‘Mad Love’ and ‘All I Want Is Christmas.’

Cloudy With a Chance of Christmas Cast

Beloved actress Valery M. Ortiz plays the role of Bridget Torres in ‘Cloudy With a Chance of Christmas.’ She is well-known for her part in ‘Old Flames Never Die‘ and ‘Gabby Duran & The Unsittables.’ Brandon Quinn is also in the Lifetime movie and acts as Drake Kincaid. You may recognize him from his work in ‘Sweet Magnolias‘ and ‘Die Hart.’ The film also stars Sarah Jane Morris as Tatum Tilson, Nicole Bilderback as Lisa Liu Lawson, Audrey Landers as Millie Kincaid, and Deon Richmond as Eddie Lawson. Other appearances include Preston Sadleir as Dillon Kincaid, John Laughlin as Wally Kincaid, and Fabiana Udenio as Aunt Marta.

Read More: Where Was Lifetime’s Serving Up the Holidays Filmed? Who is in the Cast?