Where Was Lifetime’s Killer Cheer Mom Filmed? Is It a True Story? 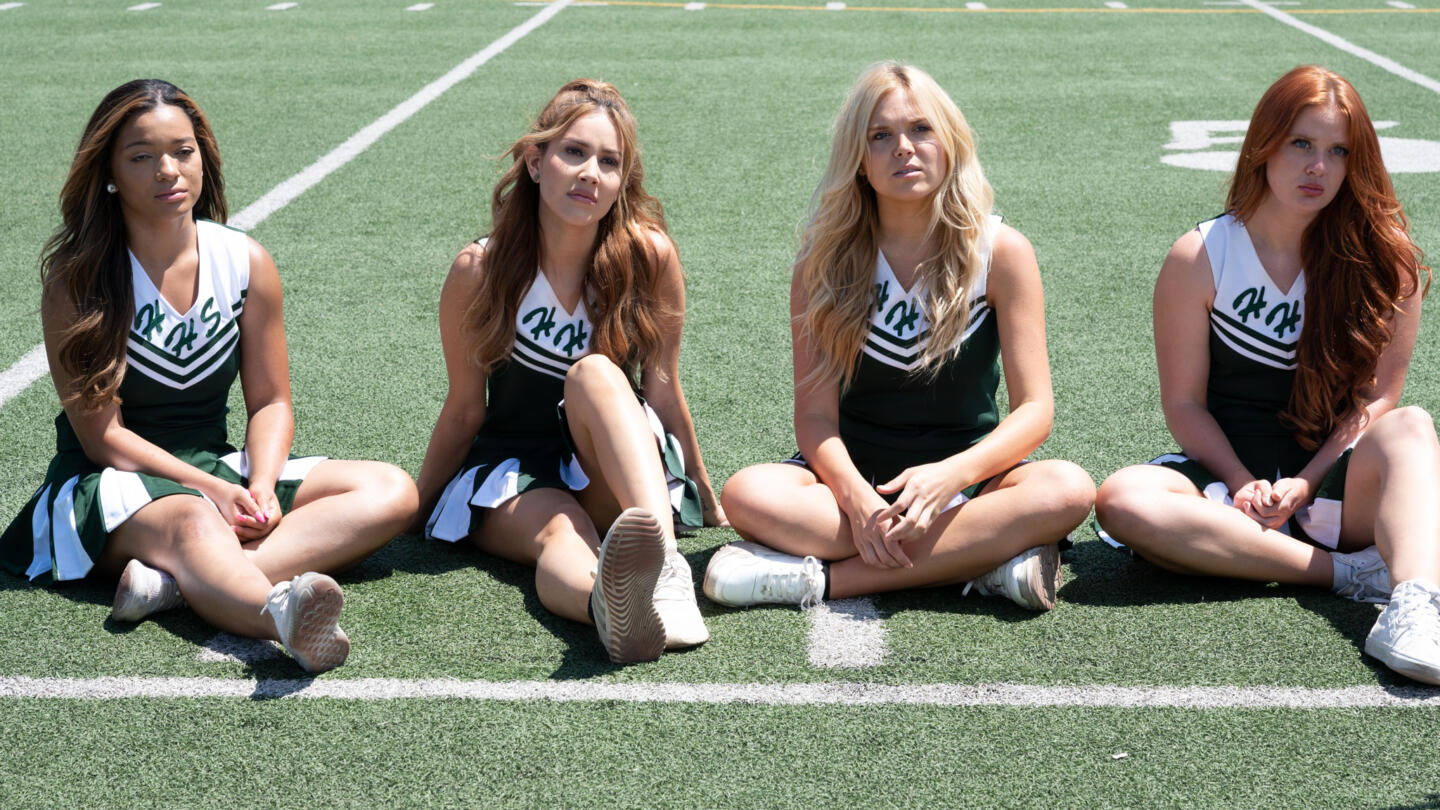 Directed by Randy Carter, Lifetime‘s ‘Killer Cheer Mom’ is a thriller movie that centers upon Riley, a high school junior who competes to join the cheer squad after moving with her dad and stepmom, Amanda, to a new town, believing that it will help her make new friends. But the bar to join the team is set very high, with six girls competing to fill just two spots, and Riley has started feeling the heat of the competition. However, to her surprise, one girl after another starts getting injured, and she begins to suspect that her mother may have something to do with the strange accidents.

As the story unfolds, Riley begins to connect the dots and ultimately comes to the shocking realization that shakes her to the core. The story of crime, mystery, and unhealthy obsession is sure to make anyone speculate that there may be some truth to the story. Many might also be curious about the film’s cast and filming details. In case you are also looking for something similar, here’s everything we know about the Lifetime movie!

The Randy Carter directorial was filmed primarily in California. The ease of availability of shooting services in the western US state has previously attracted several Lifetime projects to the region. Movies like ‘Picture Perfect Lies,’ ‘The Killer in My Backyard,’ ‘Secrets in the Mansion,’ and ‘Deceived by My Mother-in-Law‘ were all entirely shot in this region of North America. The production of the Denise Richards-starrer reportedly took place sometime around June and July 2021. Here’s everything we could find out about the specific filming sites!

‘Killer Cheer Mom’ was shot to the hilt in Los Angeles-the center of film and television production of the country. The sprawling Southern Californian city is home to some of the most iconic filming locations such as the Griffith Observatory, Venice Beach, LA Times Building, Point Fermin in San Pedro, and many others.

The region has served as the focal point of the global film industry for a long time, starting from the early decades of the 20th century. The cast and crew were spotted filming in the City of Angels, and Tristina Lee, who essays the role of Ariel, even shared a picture on Instagram, presumably after shooting some scenes for the movie.

Denise Richards headlines the Lifetime movie by essaying the role of Amanda. The former fashion model is best known for her roles in ‘Wild Things’ and ‘The World Is Not Enough.’ Courtney Fulk appears as Amanda’s stepdaughter Riley. Mia Rose Frampton, who you may recognize from the Lifetime film ‘A Teacher’s Obsession,’ plays the role of Tiana. Jasmine Putmon portrays Blaire while Arianna Williams essays the role of Dee.

Is Killer Cheer Mom Based on a True Story?

No, ‘Killer Cheer Mom’ is not based on a true story. The premise of a mother deliberately hurting her daughter’s competitors just for her to win a position in the cheerleading team may seem unrealistic and overdramatic. Some viewers may therefore have correctly guessed that the Randy Carter directorial is not inspired by any specific real-life incident. However, even if such an incident is super rare, you will be surprised to learn that something quite similar has already transpired a few times in the past.

Wanda Holloway, like Amanda from the movie, desperately wanted her daughter Shanna to be a cheerleader. So, when Shanna failed to make it to the team, Holloway decided to kill the mother of the girl who qualified instead of her daughter. She believed that by doing so, she would break the then 14-year-old cheerleader, and she would eventually drop out. Wanda enlisted the help of her ex-brother-in-law, Terry Harper, asking him to hire a hitman in order to execute her sinister plans.

However, instead of participating in the cowardly crime, Harper ended up reporting to the law enforcement authorities, and Holloway was arrested on the following day. After her first trial in 1991, she was convicted and sentenced to 15 years in prison. However, the decision was later overturned, and in the second trial, Holloway hired a new defense lawyer, Jack Zimmerman. Ahead of her trial, she pleaded no contest and was sentenced to 10 years in prison. She also settled a civil suit with the Heath family.

After spending 6 months in prison, Wanda was released and served the rest of her sentence on probation. Her daughter broke her silence on the sensitive subject several years later and confessed that she did not even want to be a cheerleader, which is interesting considering Riley in the Lifetime film was also just looking for friends in the new city, which is why she applied for the cheer squad in the first place. However, despite striking parallels between the two, it’s safe to say that writer Anna White might have only used the real-life incident as a motivation to fuel the fictional story of an obsessed mother.