Lifetime’s The Killer in My Backyard: Everything We Know 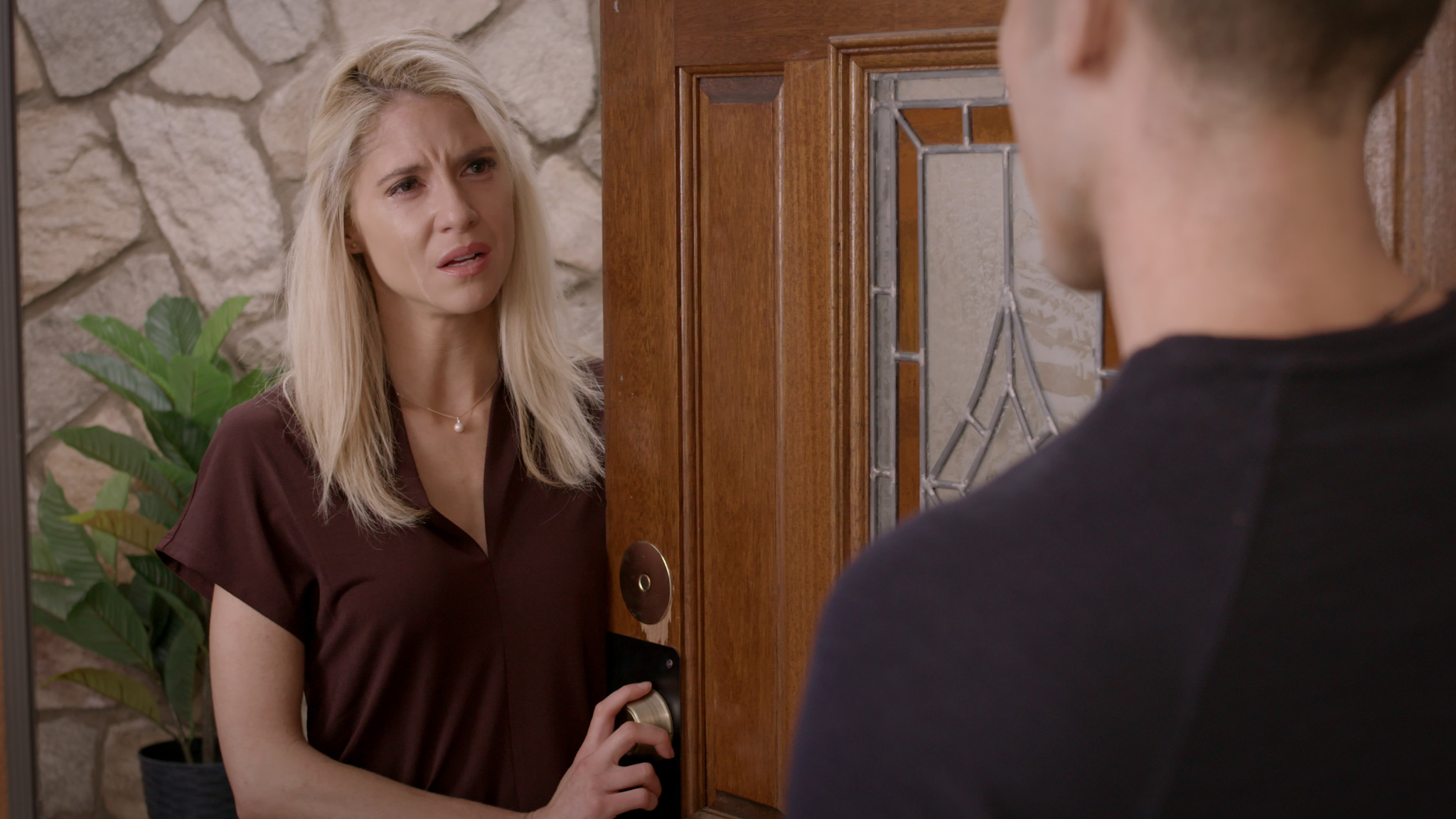 Directed and co-written by Fred Olen Ray, Lifetime’s ‘The Killer in My Backyard’ is a thriller movie that centers upon Eric and Allyson, a happily engaged couple who buys a house with dreams of a better future in mind. They decide to put their guest house up for rent with the hope that it will help them manage their expenses, but little do they know that it will turn out to be the worst mistake of their lives. A young man named Joshua not only offers to pay the high rent, but he appears to be the ideal tenant.

However, all of that changes in a few weeks as his suspicious action and behavior begin to make Eric and Allyson a bit uneasy. As the story unfolds, Joshua’s devilish plans are put into action, and the life of the couple is turned upside down. The tale of deceit and crime can keep the viewers hooked to the very end, and some of them may end up with questions about the film’s origin, filming locations, and cast details. If you are also looking for similar information, we have got you covered!

The Killer in My Backyard Filming Locations

The western U.S state is also home to several iconic filming locations like the Golden Gate Bridge, Venice Beach (‘American History X‘), The Sanctuary Adventist Church (‘Kill Bill‘ and ‘Inferno‘), University of Southern California campus (‘Forrest Gump,’ and ‘Legally Blonde‘) among many others. The shooting for the Lifetime movie was limited to a few locations in the state. So without further ado, let’s have a look at them.

The principal photography for ‘The Killer in My Backyard’ seemingly took place in Simi Valley. The production reportedly began sometime in January 2021, with the cast and crew following all COVID-19 safety norms like wearing face masks/shields and maintaining social distancing. Located just an hour’s drive away from downtown Los Angeles, the city has hosted the production of numerous television shows since the 1950s.

Even popular movies like ‘Little House on the Prairie‘ ‘Poltergeist’ and ‘Welcome Danger’ were all filmed in this region of the United States. D.C. Douglas, who plays the role of Ron in the thriller movie, shared a photo with Fred Olen Ray, the film’s director, praising him for his experience in the film industry and also expressing his gratitude to be part of the film.

The Killer in My Backyard Cast

Brittany Underwood headlines the movie by essaying the role of Allyson. She is best known for her role in the television series ‘One Life to Live’ and ‘Youthful Daze.’ Jacob Taylor portrays Allyson’s fiance Eric. You may recall watching him on ‘Adrenochrome’ or ‘Golden Boy.’ Kristos Andrews plays the role of Eric and Allyson’s tenant Joshua. The British-American skateboarder and producer is famous for his roles in the television series ‘The Bay’ and ‘This Just In.’

Is The Killer in My Backyard Based on a True Story?

No, ‘The Killer in My Backyard’ is not based on a true story. The credit for the gripping premise of the Fred Olen Ray directorial movie goes to his co-screenwriters, Robert Dean Klein and Peter Sullivan. The thriller film revisits the common theme of crime and deception that has been explored on numerous occasions in the past by several other Lifetime movies like ‘Sorority Sister Killer,’ ‘Tracking a Killer,’ ‘How I Met Your Murderer,’ and ‘In Bed With a Killer.’ 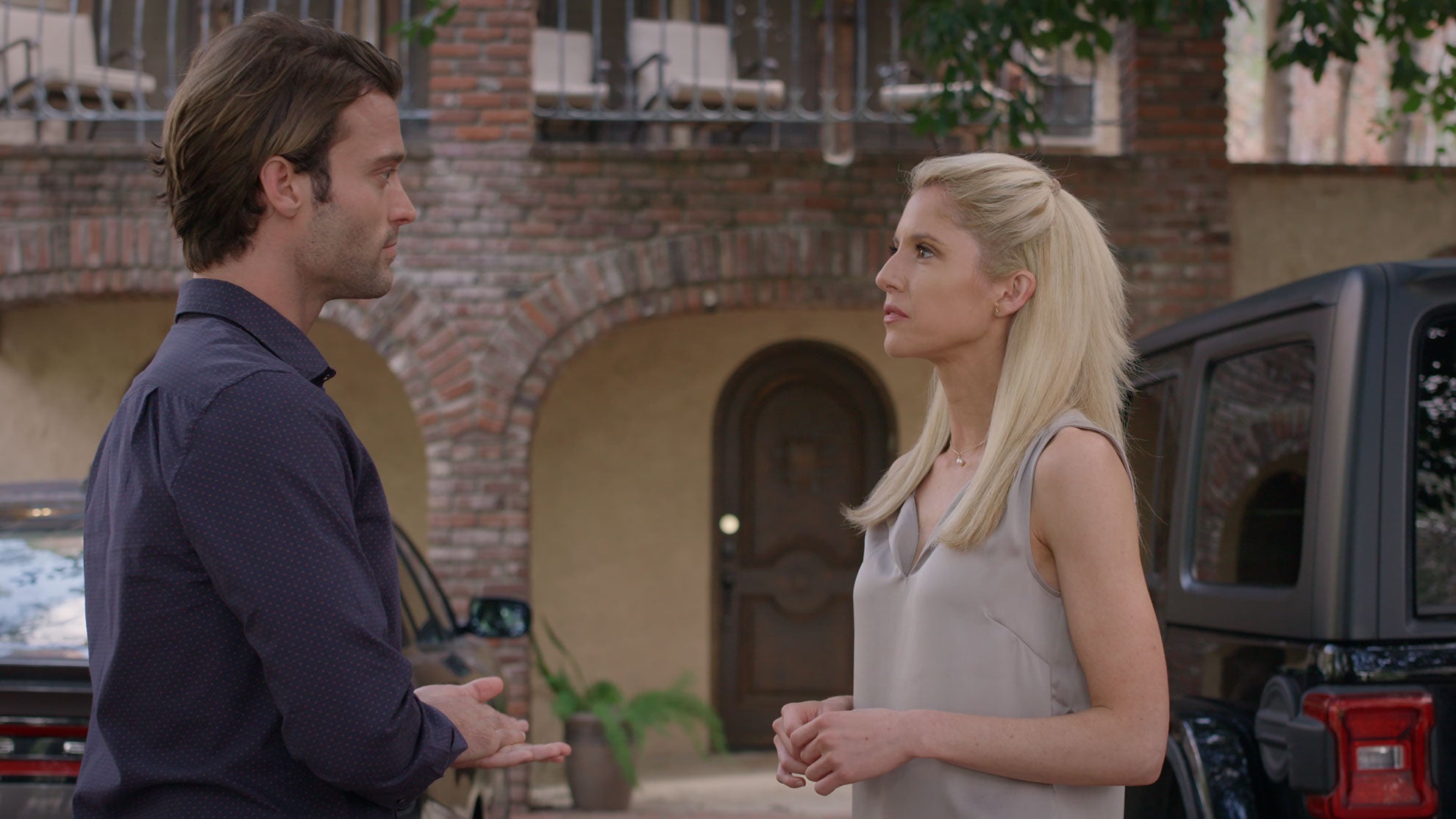 However, very few come closer to the film’s plot as Lifetime’s ‘Room for Murder.’ The film follows Kristen, a young woman who is skeptical of her mother’s charming new tenant, Jake. Her suspicion forces her to investigate his past, which leads to several revelations that shock Kristen. Quite like Joshua, Jake also hides his evil intention behind his flawless public facade that fools everyone.

Another Lifetime film with a somewhat similar premise is ‘Nightmare Tenant,’ which follows a vindictive college student named Nikki, who rents a room to take revenge for the opportunities that she believes were taken away from her. Like ‘The Killer in My Backyard,’ the antagonist of the movie initially charms her landlord before putting her evil plans into action. So, it’s pretty evident that the fictional narrative of ‘The Killer in My Backyard’ revisits a well-known theme that other movies in the past have explored. Therefore, we can conclude that it is not based on a true story.