Where Was Lifetime’s Line Sisters Filmed? Is it a True Story? 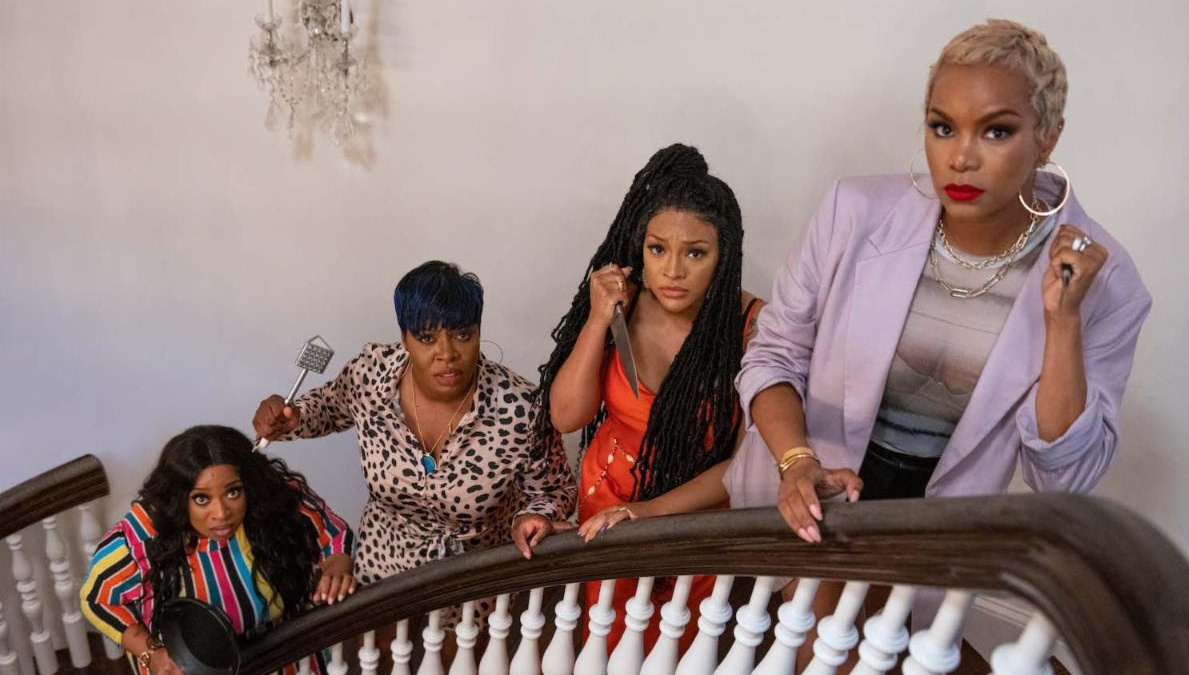 Directed by Tailiah Breon, ‘Line Sisters’ is a thriller movie that follows the reunion of four sorority sisters at a Black Greek Weekend celebration on the Outer Banks of North Carolina. However, past issues resurface as a result of which they are plagued by unusual experiences. It turns out that they have a dark secret waiting to be unfurled. Fifteen years back, the dean of the establishment where they studied passed away mysteriously, and the controversy that consequently circulated now returns to haunt them.

If you’re a fan of Lifetime movies, you must have become used to the visual gloom and shadowy aesthetics that characterize its thriller section. The storyline of ‘Line Sisters’ is based in North Carolina. If this has made you think about whether the film was actually shot there, we’d like to share all the information we have!

‘Line Sisters’ was filmed in Wilmington, North Carolina, sometime in 2021. Moreover, the intense cinematography is – to a significant extent – attributed to the one-of-a-kind locations showcased in the movie. Now, let us dive into more details about where the movie was shot!

‘Line Sisters’ was filmed in Wilmington and the surrounding areas. It is considered to be a port city popular for being situated near Cape Fear Coast beaches such as Wrightsville and Carolina. The downtown area is preferred by both locals and tourists because it contains the Riverwalk situated within the Historic District. One of the scenes where the women drink together was shot at the Marina Grill situated in the area. You may even notice the Battleship North Carolina in the background. 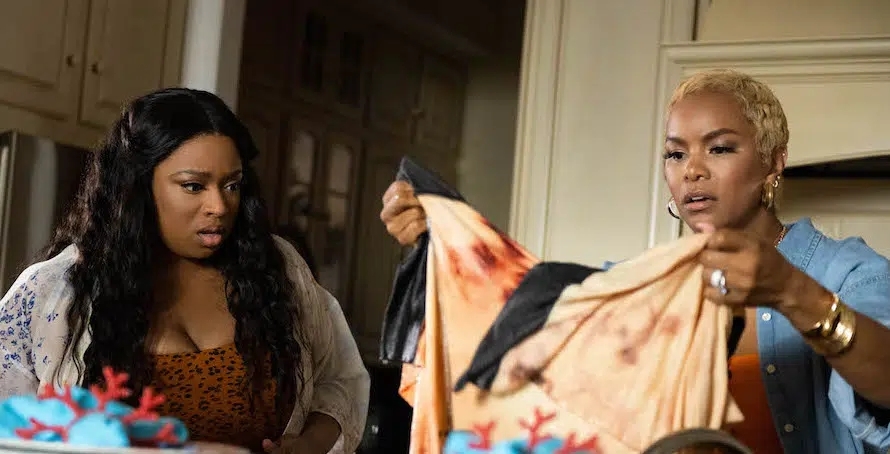 A few other locations where the movie was filmed include the University of North Carolina Wilmington campus, Smith Creek Park, and the Delta Sigma Theta sorority house on North Seventh Street downtown. The women occupy a beautiful beach house in the movie situated on Masonboro Sound.

You must be aware of the terms “Hollywood East” and “Wilmywood,” which have been associated with Wilmington for a long time. It is attributed to the long list of movies and TV shows that have been shot in and around the city. Wilmington houses the Screen Gem Studios, apart from which Wilmington itself has been serving as an impeccable backdrop for major productions since the early 1980s. Shows like ‘Dawson’s Creek‘ and ‘One Tree Hill‘ were filmed there. More recent movies and TV shows that feature Wilmington include ‘Boys of Summer,’ ‘Florida Man,’ and ‘Echoes.’

‘Line Sisters’ features LeToya Luckett-Walker in the lead role of Valerie. You must have seen the actor in movies and TV shows like ‘Preacher’s Kid,’ ‘Killers,’ and ‘Greenleaf.’ Kierra Sheard-Kelly plays Cassandra. The actor is known for her roles in ‘Preacher’s Kid’ – where she appears alongside LeToya – and the movie ‘Blessed and Cursed.’

Is Line Sisters Based on a True Story?

No, ‘Line Sisters’ is not based on a true story. It is an original script written by Jasmine S. Greene and Scott Mullen. Lifetime has a reputation for exploring dark avenues surrounding regular people. Instead of adopting a rose-colored outlook on life, these thriller stories distributed by Lifetime are rather cautionary in nature, making us rise to the edge of our seats in fear. 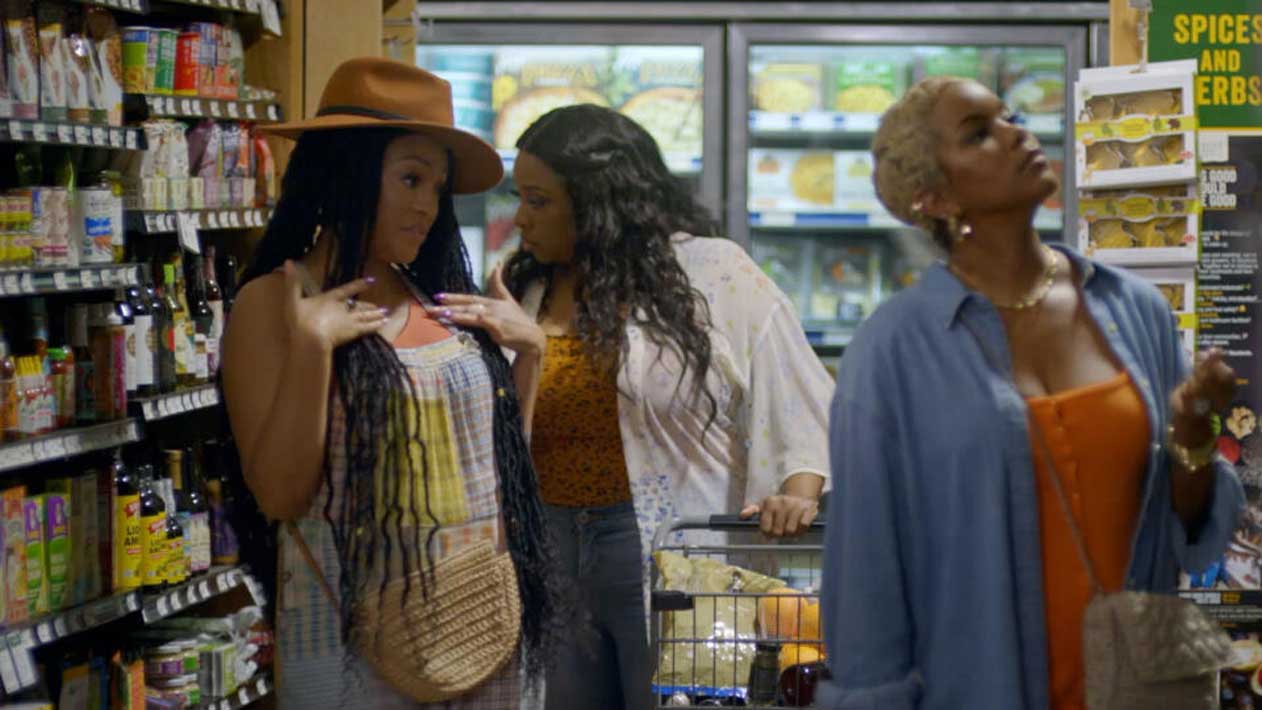 In an interview in February 2022, LeToya Luckett (Valerie) admitted that she has a deep fascination with being a part of a sorority. Moreover, since she did not go to college, the experience was exciting for her despite the challenges involved. The film is a somewhat realistic reimagination of sororities that prevail in schools and universities, so LeToya finally lived her fantasies.

In addition, LeToya plays an attorney in the film, which obligated her to learn the common terminologies associated with the profession. Therefore, she even called her own attorney for a deeper insight into the world of law. Apart from that, the actress revealed that she could relate to her character because of how responsible she is as a person.

As far as true crime is concerned, there are numerous records of crime committed by sorority sisters. It is not uncommon, although it seems counter-intuitive at first glance. Despite being schooled with discipline and faith, these young women end up committing or becoming victims of crime. Among old cases, we have heard of a few associated with drug dealing. Sierra M. Windsor, a 21-year-old student at Washington State University and a member of the Sigma Kappa Sorority, was busted for selling coke.

In addition, three sisters of alpha Kappa Delta Phi at the University of California were arrested in 2016 after allegedly being involved in a massive drug ring. Even cinema has adopted such tropes considering their relevance in real life. A few movies, including ‘Sorority Sister Killer‘ and ‘Secrets on Sorority Row,’ dig into the dark side of young adult life. The former is about a college freshman being accused of murdering her best friend, while the second movie revolves around a dark secret that afflicts two young women. Hence, although ‘Line Sisters’ is not based on a true story, it is rooted in reality which makes it an interesting watch!