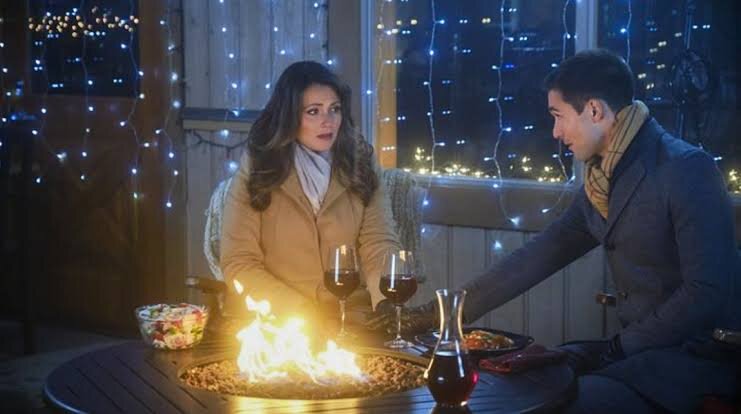 Hallmark Channel’s oeuvre of original films is always on the rise. After the brilliant run of Christmas films every year, Hallmark also releases a series of winter-themed films for its Winterfest. ‘Love In Winterland’ is a Winterfest film directed by Pat Williams, who is a veteran when it comes to Christmas movies. Williams has already helmed projects like ‘Christmas Bells Are Ringing’ in 2018 and ‘Write Before Christmas’ in 2019. Besides these films, he has also directed numerous episodes of the series ‘Continuum’.

The story of ‘Love In Winterland’ centers around a woman called Ally, who is a participant on a dating reality show. Eventually, she manages to become one of the finalists. Ally has been chosen as the Hometown Date, and now has to come face-to-face with Brett, who was once her high school sweetheart. How these two characters interact on meeting each other after a long time and whether the old flame between them starts sparking once again is what the film is essentially about.

The film has been shot in startlingly beautiful locations, which have indeed taken up its aesthetic value by quite a few degrees. A resort in Canada has most likely served as the film’s main shooting location. Read on to find out more about the same:

The central character of ‘Love In Winterland’, ally, is played by Italia Ricci. The character of Emily Rhodes in the series ‘Designated Survivor‘ is the role most of us know Ricci for. She has also been a recurring cast member on the CW TV series ‘Supergirl‘. Ricci’s other prominent television roles are in the shows ‘Aaron Stone’, ‘Secret Girlfriend’, and ‘Unnatural Histories’.

The character of Ally’s high school crush Brett is portrayed by Chad Michael Murray, whom we have seen in many popular shows like ‘Gilmore Girls‘, ‘Dawson’s Creek’, ‘One Tree Hill‘, and ‘Agent Carter‘ among others. Other important members of the cast of ‘Love In Winterland’ include Brittney Wilson, Teagan Vincze, Gelsea Mae, and C.J. Wilkins.

Most of the Hallmark films are shot in different parts of Canada. Films like ‘Love In Winterland’ are made on tight budgets, and thus a lot of factors have to be considered when it comes to choosing the locations where these films will be shot.

A large part of the film has been shot in Vancouver, BC. Vancouver has now become the city where numerous big and small budget Hollywood films are shot. The city’s tax incentives, coupled with its geographical diversity, has made Vancouver the go-to place for film production companies. Reports suggest that the film was shot from November 12, 2019 to November 30, 2019 in the city. Here is an Instagram post by Gelsea Mae from the sets of ‘Love In Winterland’ in Vancouver:

Some parts of the film were also shot in the city of Kelowna in BC. The famous Big White Ski Resort located in this city is the place we shall get to see in the film. The resort is a stunning location and besides the skiing area, it also has a beautiful small town within its area which can serve as a great filming location. The ‘Winterland’ in the film’s title most likely refers to this gorgeous location. Here is a peek at the resort from its official Instagram page: