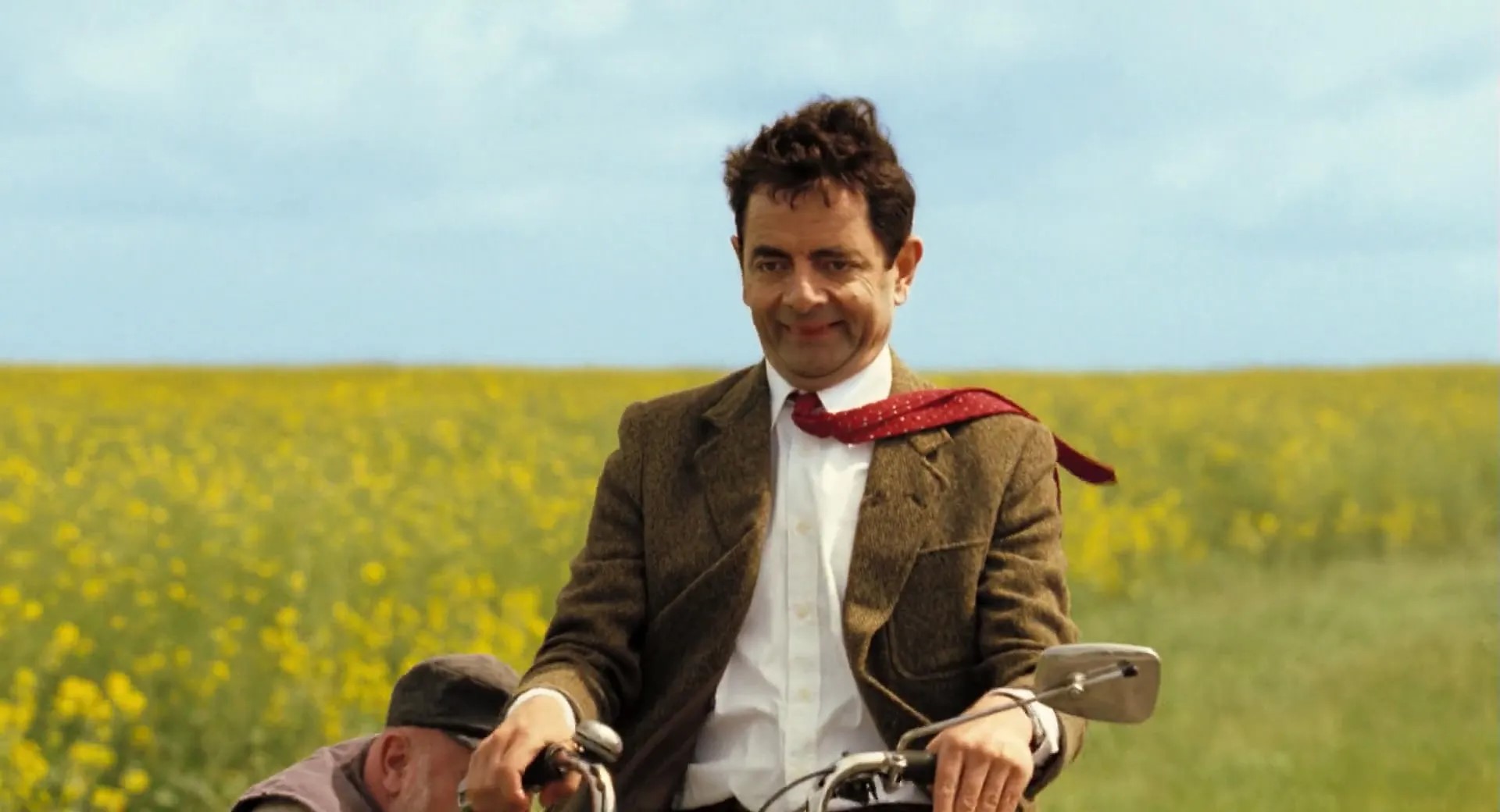 Directed by Steve Bendelack, ‘Mr. Bean’s Holiday’ is based on the beloved British sitcom ‘Mr. Bean.’ The comedy film follows the titular character’s trip to Cannes that he wins through a raffle. Naturally, as soon as he sets foot on French soil, things take a wild turn. From trying different French cuisine to traveling via train, every action by Mr. Bean turns into unmitigated chaos that seems unsalvageable. Due to uncontrollable circumstances, he finds a companion in a young boy named Stepan. Will they be able to reach Cannes in time or miss out on his big adventure? That’s what the movie explores in depth.

Thanks to the excellent portrayal of the lead character by the phenomenal Rowan Atkinson, the film attracts viewers in droves. Another factor that works in favor of the movie is its excellent cinematography. The choice of backdrops gives it an authentic vacation atmosphere, allowing it to live up to its name. Naturally, many are curious about the locations where ‘Mr. Bean’s Holiday’ was shot. Well, here’s what we know about the same.

‘Mr. Bean’s Holiday’ was primarily filmed in multiple locations in France like Vaucluse, Paris, Alpes-Maritimes, and several others. The movie also features major scenes captured in England and Vancouver, specifically London and Vancouver. Principal photography started on May 15, 2006. Let’s take a closer look into the details of these shooting spots now. 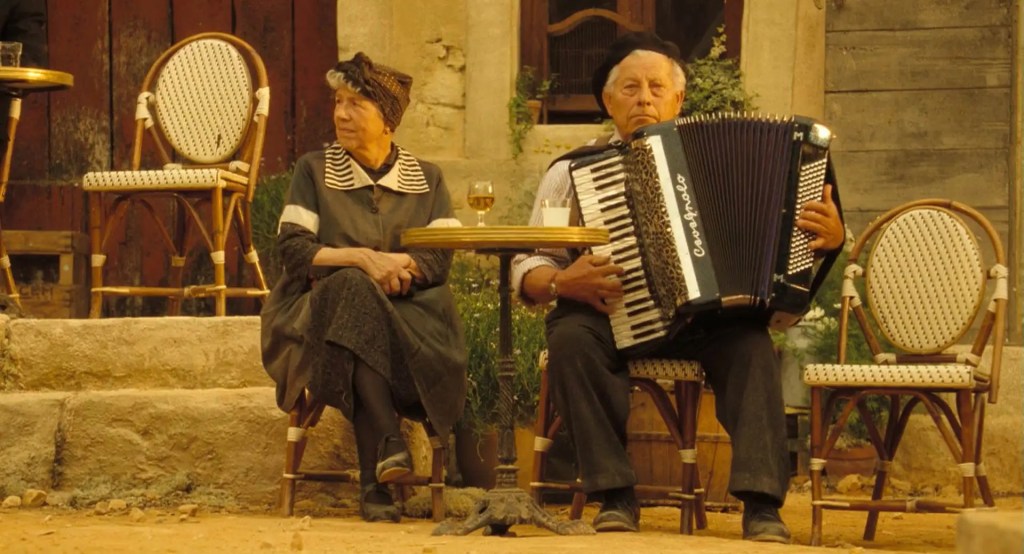 Located in southeastern France, Vaucluse is a French department, where several scenes in ‘Mr. Bean’s Holiday’ were lensed. Oppède le Vieux, Luberon, was used to capture war scenes set in the 1940s. Place De La Croix, a public parking space in the neighborhood, and road D176 were some of the most prominent locations to shoot the scenes. The parking space is on Route des Petitons Minguets, where an ambulance passes by Mr. Bean in the film. 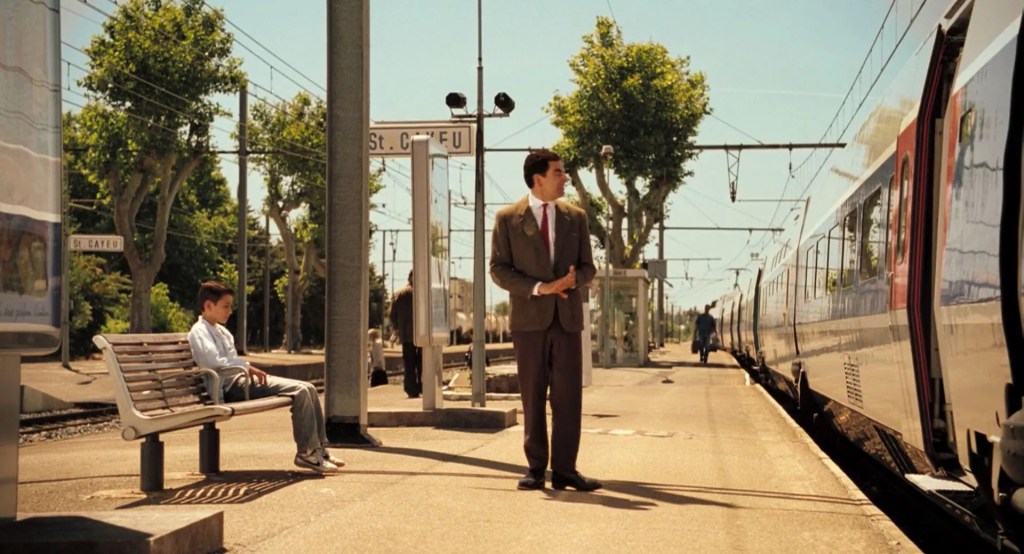 Throughout the movie, Mr. Bean goes through a train adventure. Several stations can be seen in the backdrop of a few scenes. Gare de Cavaillon, a transit station in Cavaillon, was used as a backdrop under a fictional name to frame scenes set in intermediary stations. The scene where Mr. Bean gets off the last train station was framed at the Gare TGV d’Avignon or Estación de Aviñón TGV in Avignon. Both the interior and exterior scenes were lensed on the northern part of the train station. 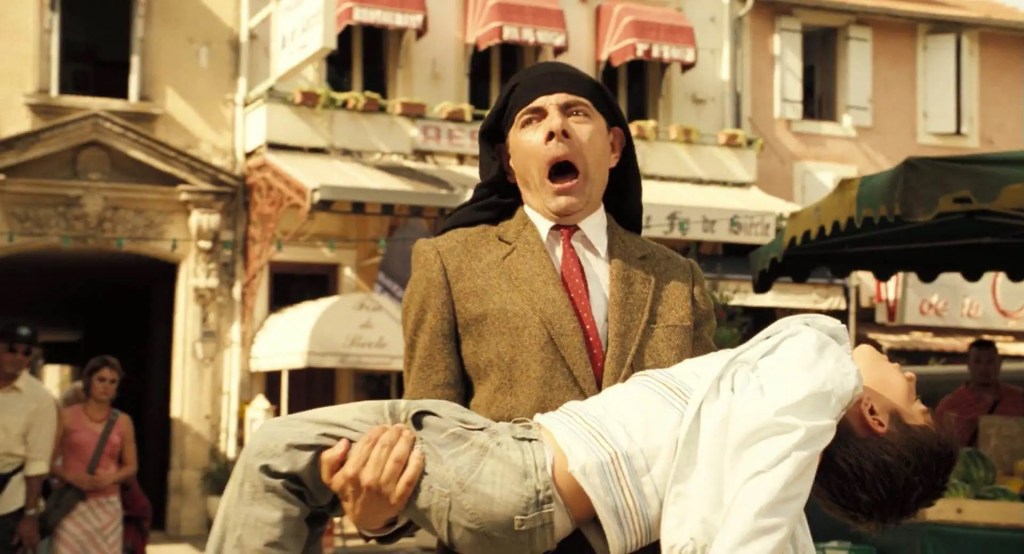 The iconic scene where Mr. Bean dances to an Opera song by Giacomo Puccini and Giovacchino Forzano, titled ‘O Mio Babbino Caro,’ to gather money in Saint Caveu, was actually shot at 106 Passage Vidau and Place du Clos in Cavaillon. The scenes outside the chicken house were captured in a commune named Sault. Furthermore, the bicycle-truck chase sequence was framed in Sault on D245, a departmental route that passes through the commune. 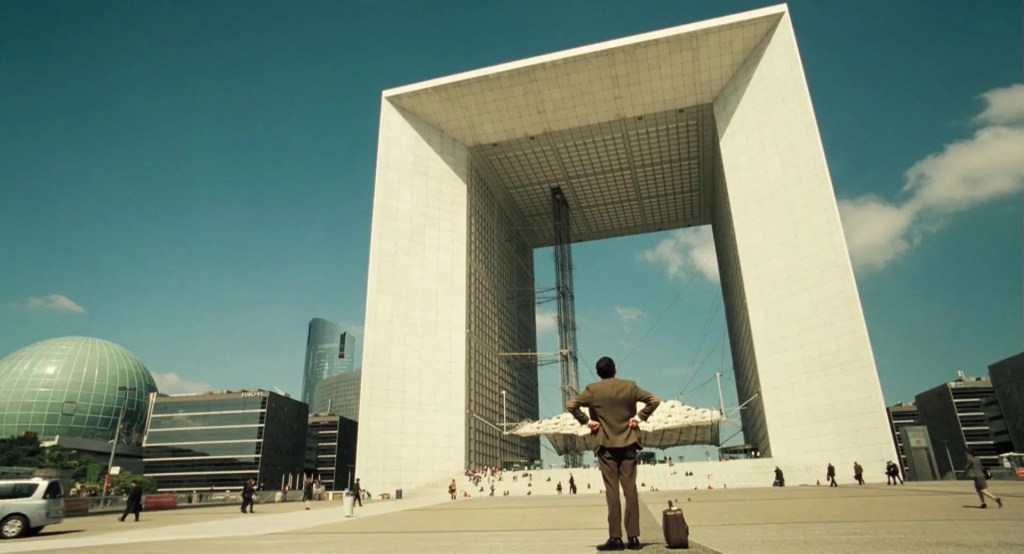 Paris, the French capital, was used to capture scenes for ‘Mr. Bean’s Holiday.’ Arc de Triomphe on Place Charles de Gaulle in Paris, one of the most well-known monuments in the city, was used to lens scenes in the Rowan Atkinson starrer. Four kilometers from the famous arch is another beloved monument called La Grande Arche de la Défense, which is part of the perspective from the Louvre to the Arc de Triomphe. Located in the commune of Puteaux, the monument is where the Paris taxi takes Mr. Bean. 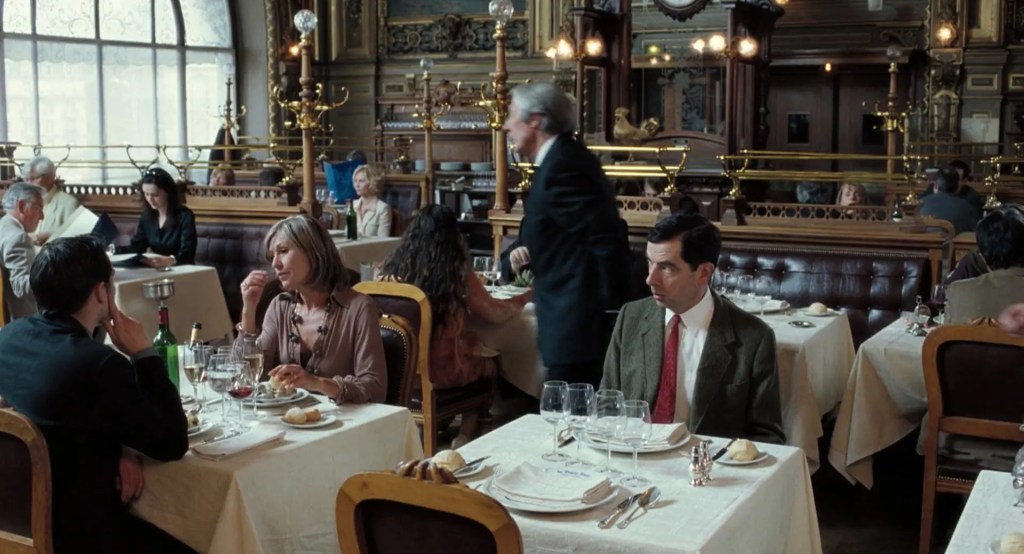 Gare du Nord, a train station at 112 Rue de Maubeuge, and Gare de Lyon on Place Louis-Armand were used for several scenes in the comedy film. The scene where Mr. Bean tries French food for the first time was set and lensed in the restaurant named Le Train Bleu, Place Louis-Armand. Viewers further get a glimpse of several notable places within the city of Paris, like the Eiffel Tower. 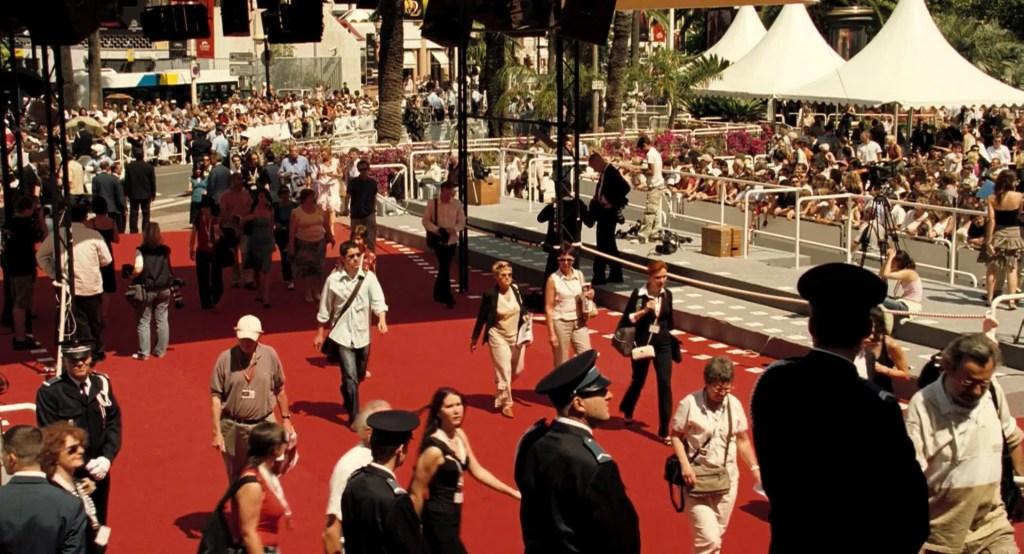 Alpes-Maritimes is a department in France that served as one of the most prominent filming locations for ‘Mr. Bean’s Holiday.’ Cannes, the jewel of the French Riviera, is located within the department and hosts the famous Cannes Film Festival, with scenes from the movie shot in the 2006 iteration of the festival. Boulevard de la Croisette, a road along the Mediterranean Sea, was used to film the police motorcycle escort scene in Cannes. 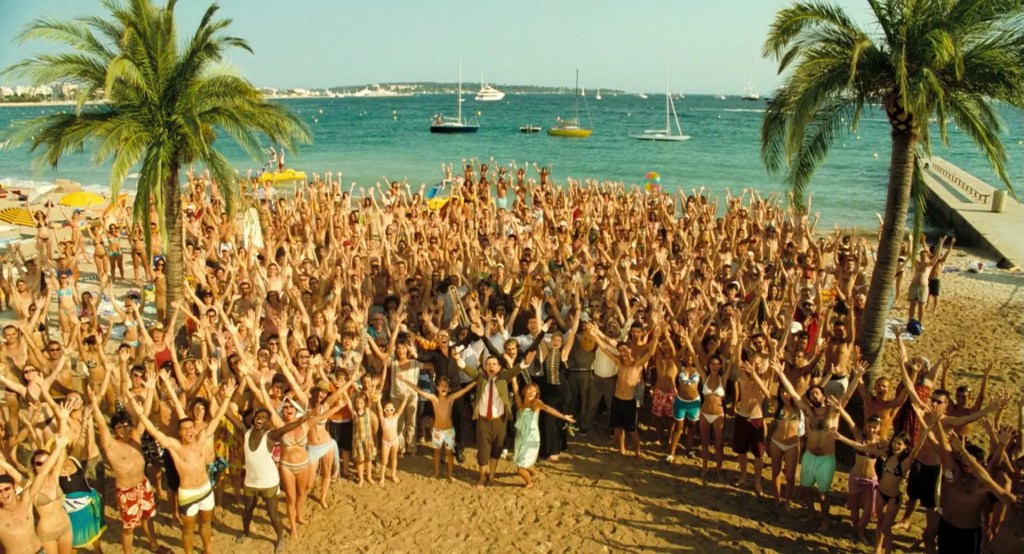 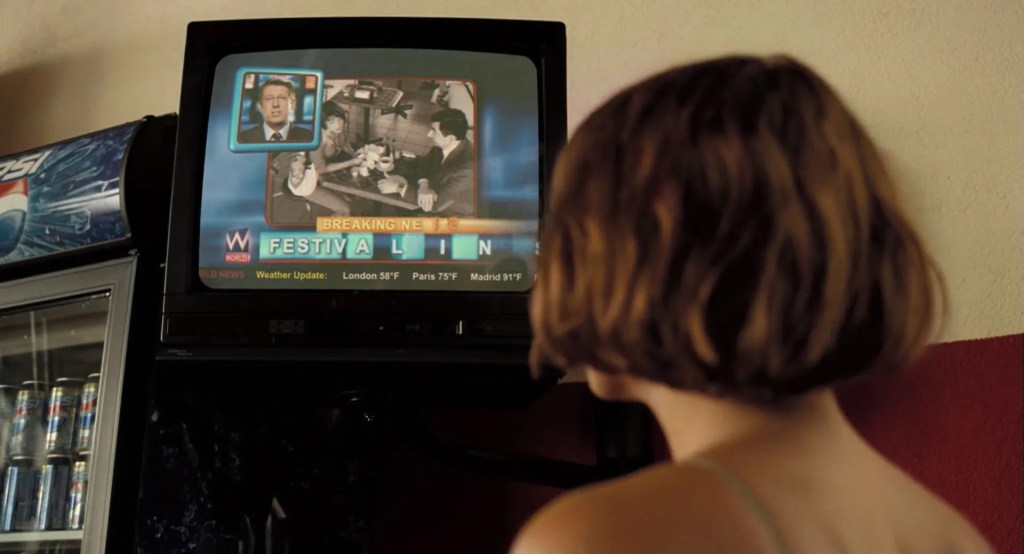 Other filming locations within Alpes-Maritimes include Avenue Olivula & Chemin de Saint Michel in Villefranche-sur-Mer. It serves as the backdrop when the characters get their first glimpse of the sea. The scene where Sabine sees the news report talking about Stepan’s alleged kidnapping was captured at CK Services Distribution, 66 Route Nationale 85, Saint-Vallier-de-Thiey.

Other Filming Locations in France 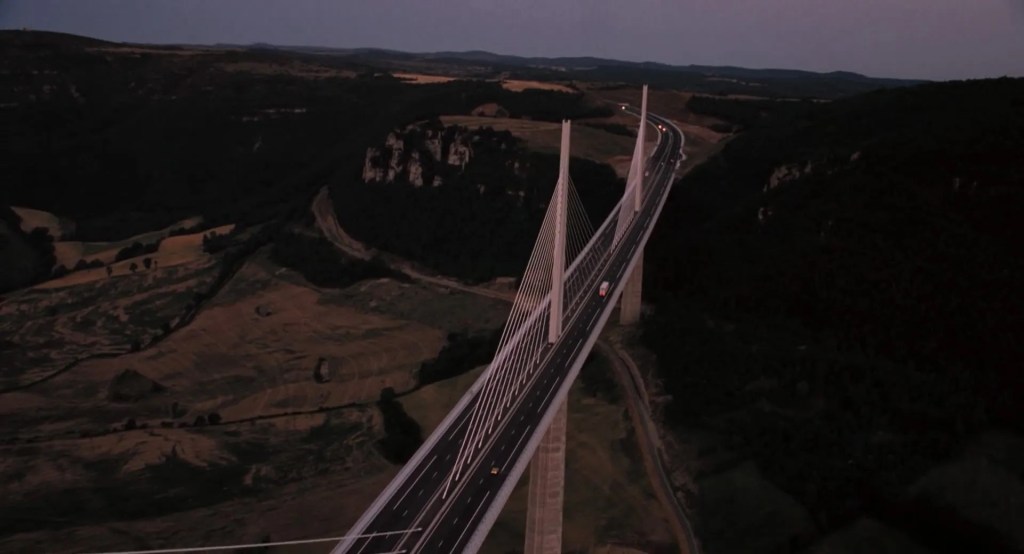 Multiple scenes in ‘Mr. Bean’s Holiday’ were lensed in several locations across France. Boulevard Alexandre Delebre in the historic city of Marseille was used to film the Sea edge drive. Le Viaduc de Millau, a multi-span cable-stayed bridge across the Tarn River in Aveyron, was also used as a backdrop in the comedy movie. The scene where Mr. Bean and Stepan reunite and celebrate was shot in Autogrill Restaurant on Autoroute 6 in the commune of Nemours. 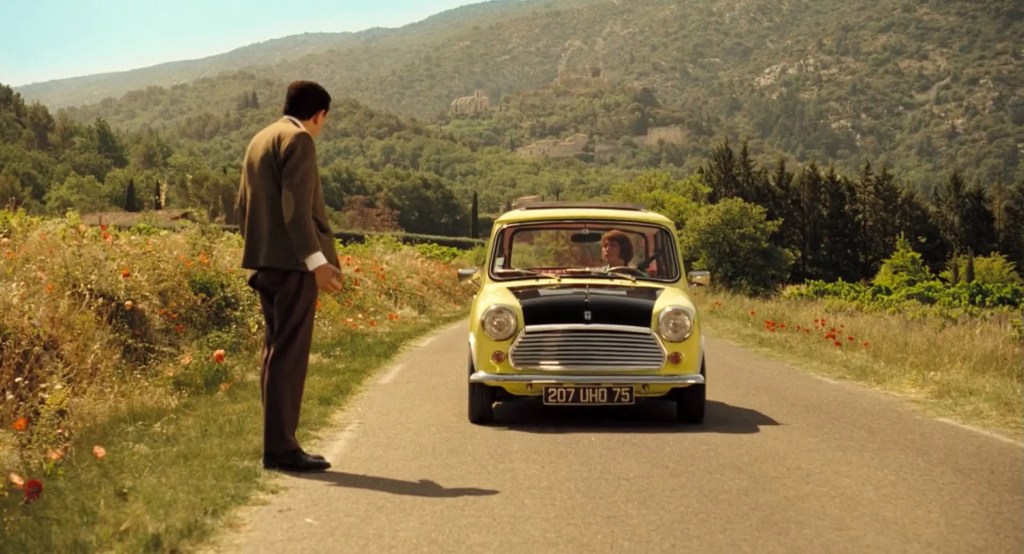 The D927 road, which is southwest of the village of Cormainville, is where the scenes depicting Mr. Bean hitching a ride and getting locked in a shed were shot. Pont du Gard, Vers-Pont-du-Gard, Gard, near Remoulins, was used to capture driving sequences. 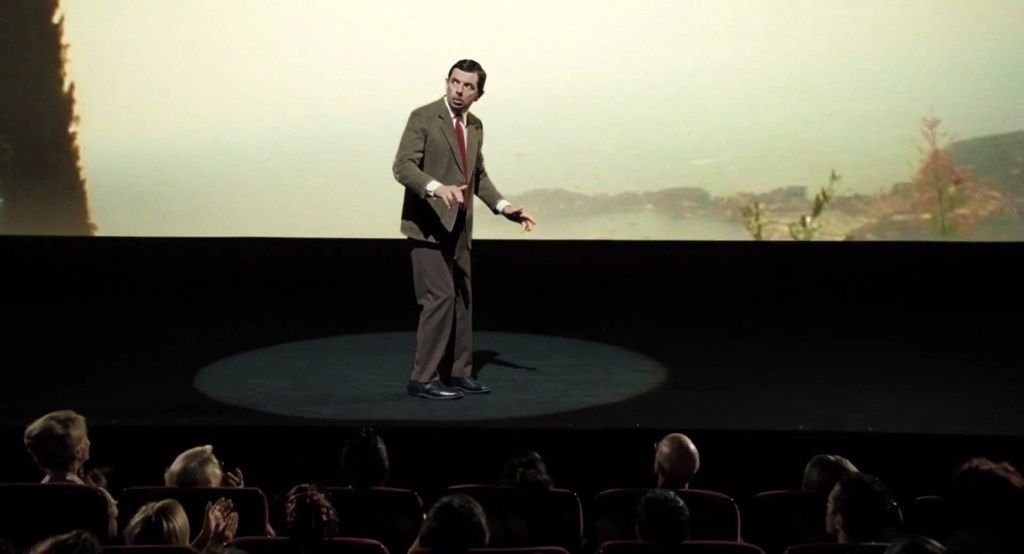 Given that Mr. Bean lives in London, the team of ‘Mr. Bean’s Holiday’ naturally shot several scenes in London, England. During the first scenes, viewers get a glimpse of The Church of the Holy Trinity with St Barnabas, located at Hartland Road, Camden Town. Gainsborough Studios, a film studio in Islington Borough, was used to frame the movie, especially the interior scenes. 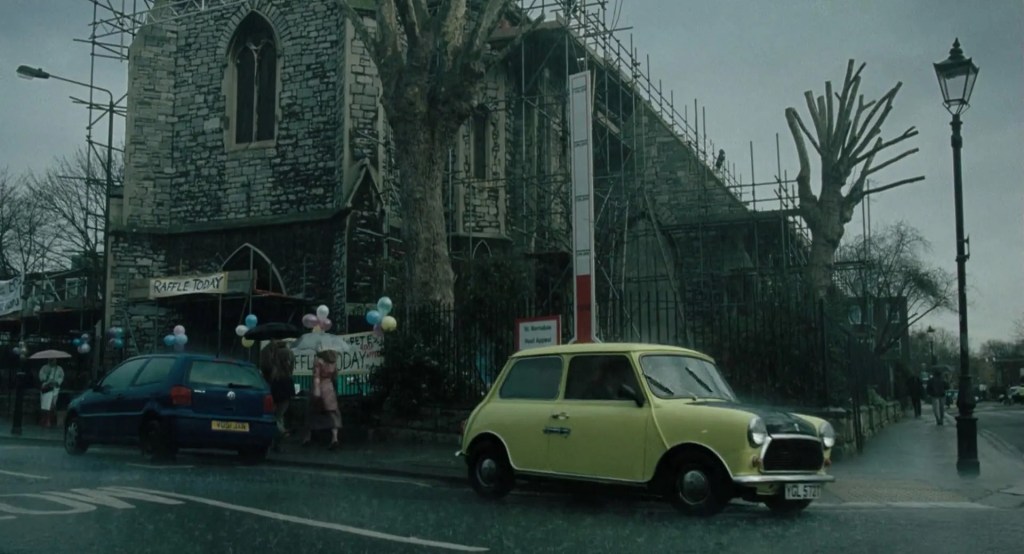 The screening of ‘Playback Time’ and the scenes depicting the filming of the fictional film were all lensed within London. Royal Victoria Dock Bridge in Docklands was also used to portray a scene from Carson Clay’s film, ‘Playback Time.’ The TV series ‘Ten Percent‘ and the movie ‘London Has Fallen‘ were filmed in the British capital too.

Few segments in the comedy film ‘Mr. Bean’s Holiday’ were lensed in Vancouver, British Columbia. The beautiful city has always been a famous filming location for producers across the globe. Thanks to its sprawling infrastructure, comfortable climate, and abundance of film studios, many well-known films were lensed within Vancouver. Not just that, movies like ‘The Adam Project‘ and the TV series ‘Pachinko‘ were filmed in the city.