Directed by Kent Alterman, ‘Semi-Pro’ is a 2008 sports comedy movie that follows Jackie Moon as he attempts to make his NBA dreams come true. Set in 1976, Jackie becomes the owner of an American Basketball Association team, Flint Michigan Tropics, which ranks the lowest in the league. However, a positive change seems to be on the horizon when Monix, a veteran point guard, gets drafted from Chicago to the team and Clarence ‘Coffee’ Brown, the Tropics’ best player, sets forth to achieve stardom.

When the trio of Jackie, Monix, and Coffee discovers that a merger between ABA and NBA is in the works, they try their best to pull the entire team through and make the impossible possible. The comedic yet inspiring tale of the Flint Michigan Tropics makes for an entertaining watch that tickles your funny bone throughout the film. But what might make you curious is the usage of interesting locations, such as the basketball court, where a significant amount of action takes place. So, if you have been wondering where all these incredible places are, you might like to know what we have to share!

‘Semi-Pro’ was filmed in Michigan and California, particularly in Flint and Los Angeles County. The principal photography for the Will Ferrell-starrer seemingly took place around February 2007. Since the story is prominently set in Flint, Michigan, the production team utilized the same city to shoot a significant portion of the comedy movie. Now, let’s traverse the specific locations and follow the Tropics’ journey as they try to make their dreams come true!

Many pivotal sequences for ‘Semi-Pro’ were lensed in Flint, the largest city and county seat of Genesee County in Michigan. The Top Hat Auto Wash at 950 West Hemphill Road serves as the workplace of one of the Tropics’ players on-screen. The scene involving Jackie and Monix while the former lies in a giant trash bin was taped in Brush Alley, behind the Mott Foundation building at 503 Saginaw Street. A few more scenes were recorded in the same street as Halo Burger at 800 Sakinah can be spotted in the backdrop of the said sequences.

In addition, the cast and crew utilized the Torch Bar and Grill at 522 Buckham Alley to shoot the scenes depicting the Kremlin Bar. Other sequences were also filmed across the Vehicle City, including in The Capitol Theatre at 140 East 2nd Street, the banks of the Flint River, Durant-Tuuri-Mott Elementary School on Third Avenue, the Top Hat Auto Wash at 950 West Hemphill Road, and the Genesee Towers building on First Street in the downtown area. In one scene, you can spot The Dort Mall’s giant Alfred E. Neuman statue, located at 3600 Dort Highway.

For filming purposes, the production team next traveled to Los Angeles County, the most populous county in California and the United States. They used the Los Angeles City Fire Department Training Center gym and converted it into a basketball arena for the sports comedy movie. It is located at 1700 Stadium Way in Los Angeles, near Dodger Stadium. 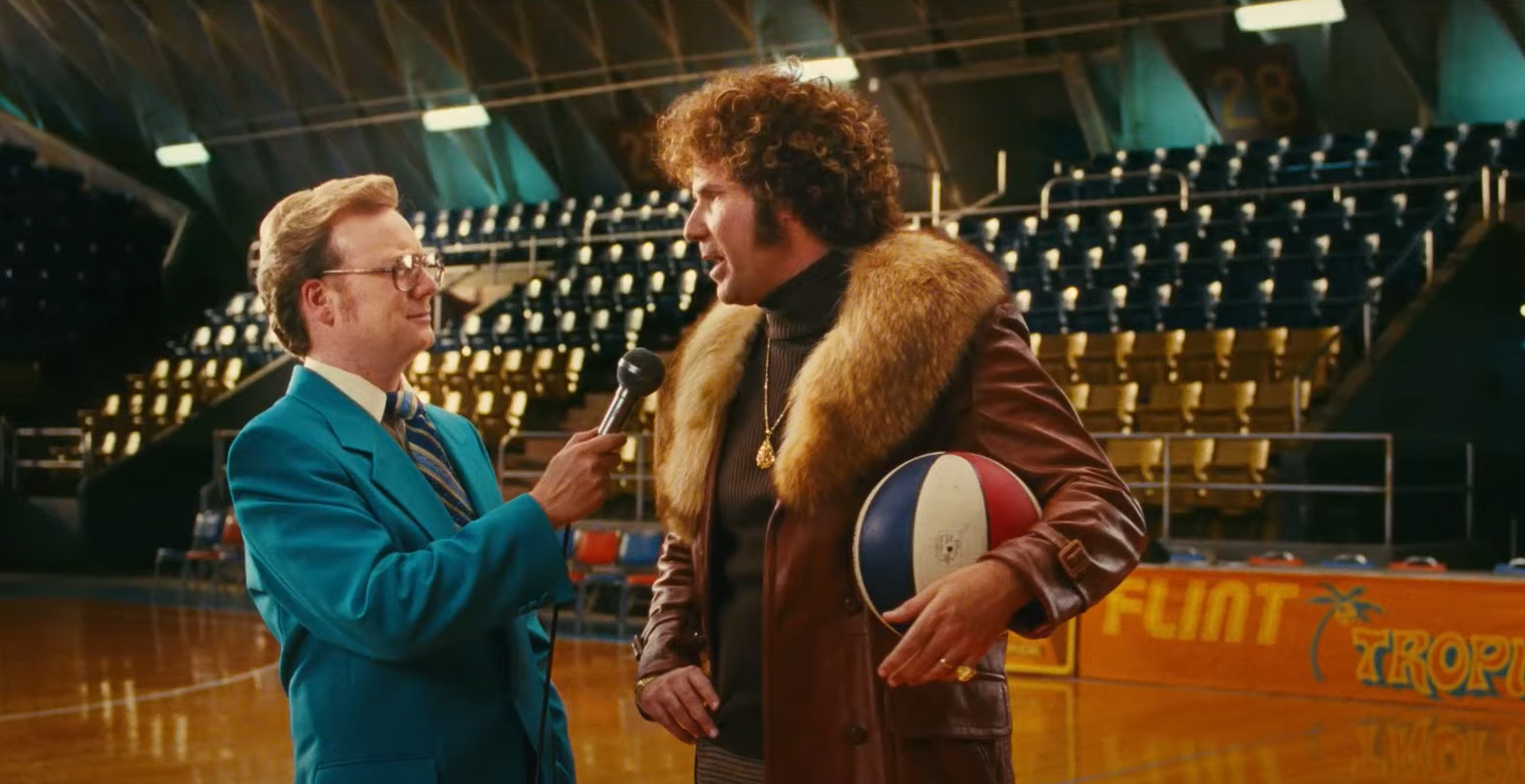 Apart from that, the cast and crew of ‘Semi-Pro’ stopped in Santa Clarita to record a few sequences. It is a city in northwestern Los Angeles County, just about 48 km northwest of downtown Los Angeles. Over the years, Los Angeles County has been frequented by many filmmakers for different kinds of projects, making it a prominent production location. Various movies and TV shows, such as ‘Whiplash,’ ‘Back to the Future,’ ‘The Lost City,’ and ‘The Mentalist‘ have been lensed in the county.