Where Was The Invisible Thread Filmed? Is It A True Story?

Marco Simon Puccioni’s Italian original family dramedy ‘The Invisible Thread’ (original title: ‘Il filo invisibile’) is all about tracing back to one’s lineage. The LGBTQ conscious film follows Leone – a teenage son of two fathers – hoping to make a documentary on his family with his friend Jacopo. Leone spends his day bypassing sexual prejudices and chasing after a budding love. In this coming-of-age drama, Leone delves into a rabbit hole, in the process finding the invisible thread that ties his immediate family to his biological family.

The movie tackles complex themes such as dual paternity, family, and adolescence in the guise of humor. The movie is an unlikely family drama with an electrifying comic ambiance and a talented cast ensemble. Most of the events in the film take place in Italy, although occasionally heading to the US. However, you may be eager to know where the movie was shot. Also, is there a grain of truth in this compelling tale? Let us probe further.

‘The Invisible Thread’ was filmed in Italy, especially in Rome and along the Apennines in the Lazio region. As per sources, filming commenced at the end of 2020 and continued for a while. The cinematographer of ‘Third Person’ and ‘Tommaso’ Gian Filippo Corticelli took the helm of the camera department for this movie. On the other hand, Eugenia F. Di Napoli – whose notable credits include ‘The Binding‘ and ‘The New Pope‘ – handled the production design. Now, let us take you through the specific locations that feature in the movie! 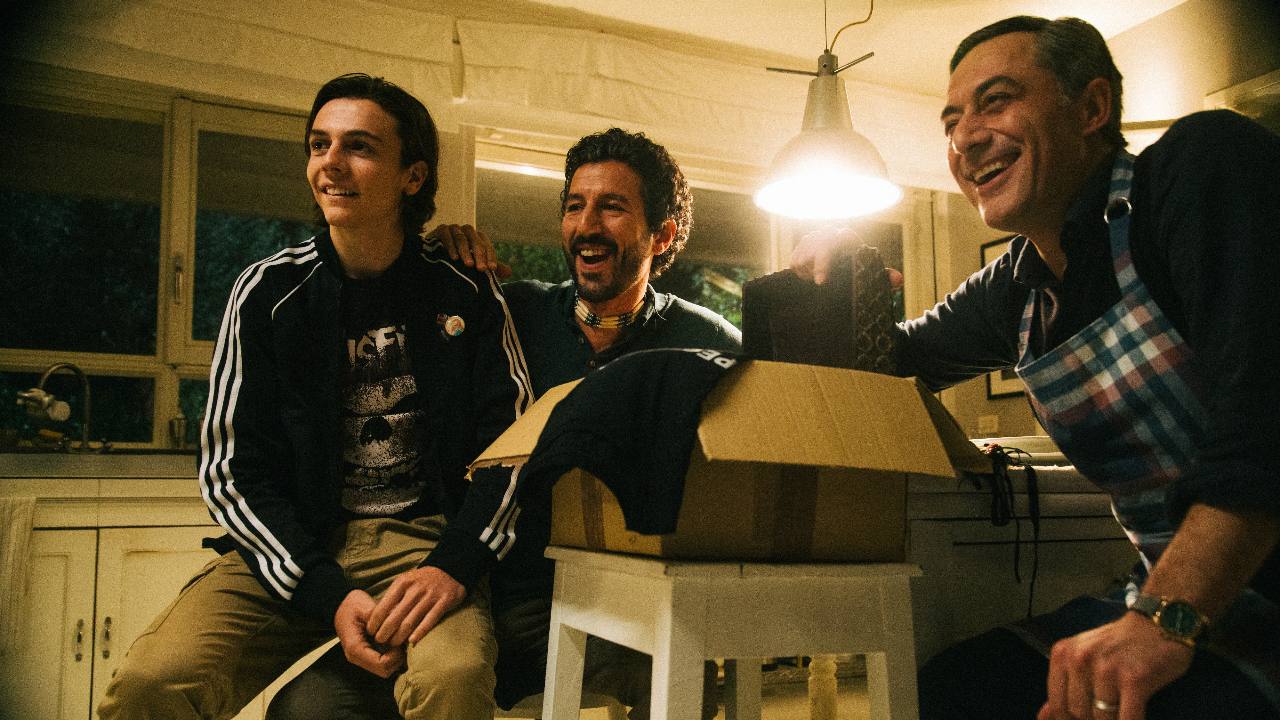 The bulk of the filming took place in and around Rome, the capital of Italy and the Lazio province. The iconic European metropolis is known for its rich ancient history as the center of the Roman empire and is home to several historical constructs and ruins. If you are in the city, you must take a tour of the Colosseum, the Roman Forum, and the ruins of the old town. For the refined urban travelers, the city showcases a specific brand of culture – full of gastronomic excellence and lush gardens. Moreover, Rome is also a hotbed for cinematic productions, featuring grand production houses and skilled crews.

Some sequences were filmed along the Apennines, a vast mountain range extending 1200 kilometers across peninsular Italy. Specifically, the crew filmed some scenes near the Monte Guadagnolo, a 1218 meters high summit in the picturesque Capranica Prenestina commune. Although a part of the Metropolitan City of Rome, the commune is situated around 40 kilometers east of Rome’s city center.

Is The Invisible Thread Based on A True Story?

No, ‘The Invisible Thread’ is not based on a true story. Although there is some truth in the movie’s depiction of an LGBTQ family, the storyline’s scope remains fictional. Marco Simon Puccioni directed the film from the screenplay he wrote with Luca De Bei, whereas the writer of ‘1994’ Gianluca Bernardini penned the dialogues. 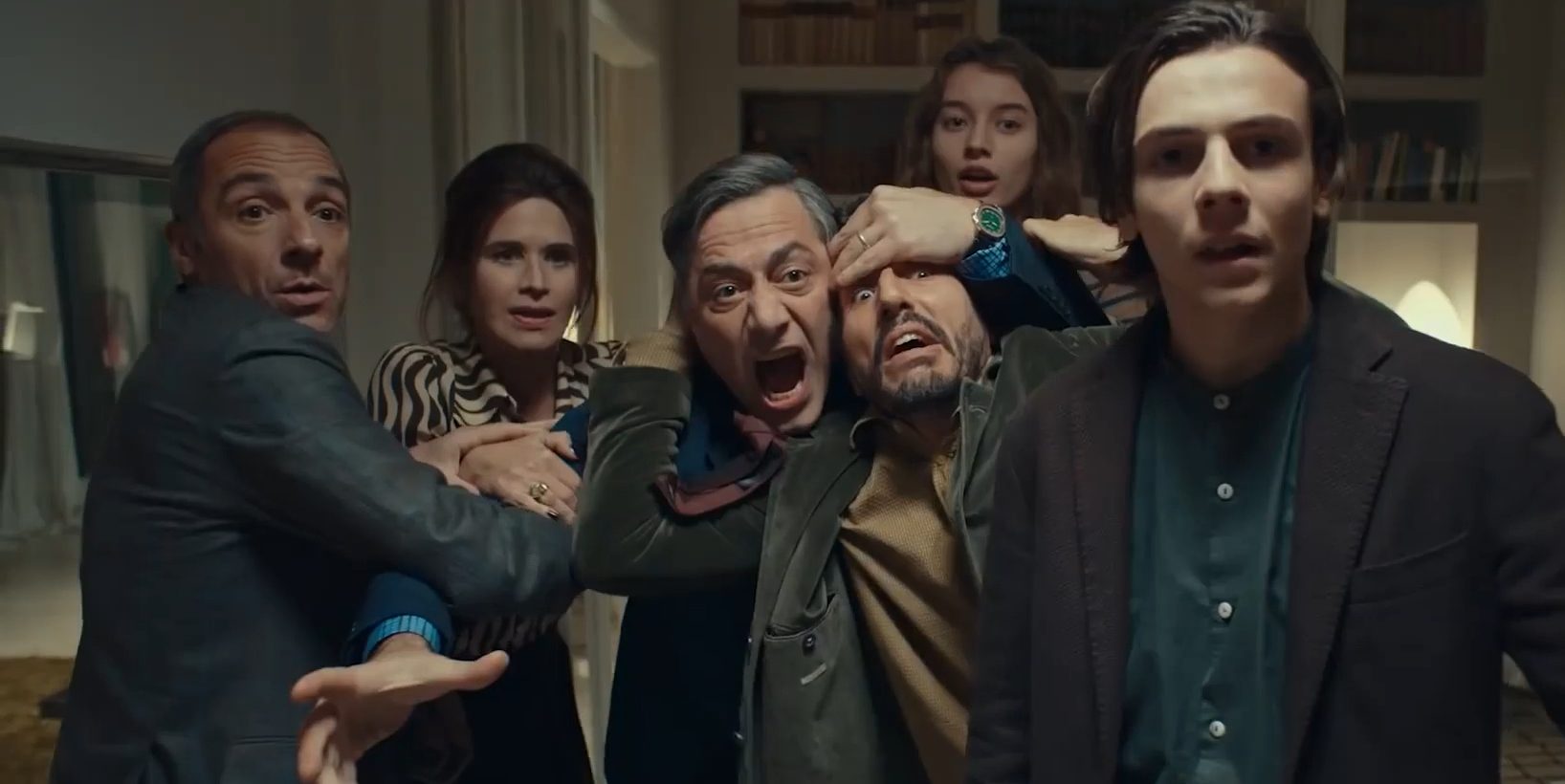 The movie revolves around same-sex marriage and adolescent woes, but it is ultimately about belonging. When Leone’s fathers come to the brink of separation, he finds himself caught between a rock and a hard place. Until a few years ago, Italian law did not recognize dual paternity, and familial ties were identified genetically. Thus, Leone embarks upon a quest to find his California-based surrogate mother, Tilly, and comes to see the invisible thread that binds them.

While crafting the film, director Puccioni took inspiration from his own LGBTQ family, which he previously chronicled in the documentary film ‘All Together.’ The movie’s realism arises from the honest and true-to-life depiction of an extraordinary family, which is pretty ordinary at a second glance. Like all families, they experience moments of pain and laughter while they struggle to stand the test of time. Therefore, if we take these aspects into account, the fictional movie mirrors the director’s life to an extent.