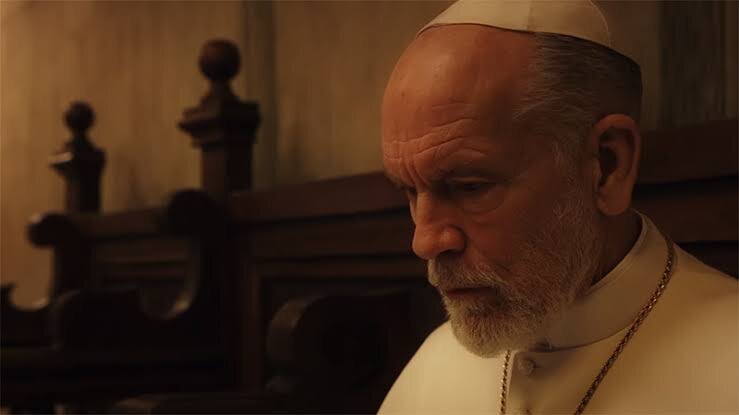 Paolo Sorrentino is one of the most well-known Italian directors working today. Thus, anything with which he is associated is bound to create some buzz, as did his 2016 series ‘The Young Pope‘ starring Jude Law. The second season of the series has been released as a separate show, ‘The New Pope‘, and stars John Malkovich in the titular role.

When the story begins, we see that Pope Pius XIII (Law) is lying comatose within the Vatican chambers after a series of heart transplant surgeries. In his place, a British aristocrat called John Paul III (Malkovich) has been given the highest position of power in the Christian world.

‘The New Pope’ explores the darkness that runs underneath the outside coating of piety and holiness of the Church. Some dark secrets of the Church which involve homosexuality and child abuse are also discussed in this series. Although Malkovich is excellent in his role, the main problem with the series is that it doesn’t go beyond the scope of ‘The Young Pope’, and is more about style than substance. If you have enjoyed watching ‘The New Pope’, here are some shows you might want to check out. Some are on Netflix, Hulu, or Amazon Prime. 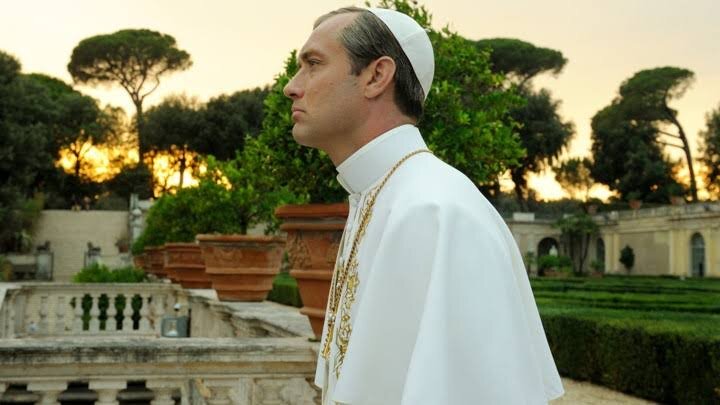 If you have watched ‘The New Pope’ without having laid your eyes on the prequel series, you need to correct this mistake right away. This series begins with the young priest Lenny Belardo becoming the new pope and taking on the name Pope Pius XIII. Being young and radical in his beliefs, the new pope decides to bring in many changes to some long-established rules of the Vatican.

This, naturally, is not well-received by other senior priests. As the series progresses we realize that Lenny was abandoned as a young child by his hippie parents, and this has greatly affected his psyche. He now pushes conservative agendas which raise a lot of eyebrows both inside and outside the Vatican. Brilliant writing and performances are the hallmarks of this series. The narrative is melodramatic in certain parts, but it does go well with the atmosphere that Sorrentino creates. 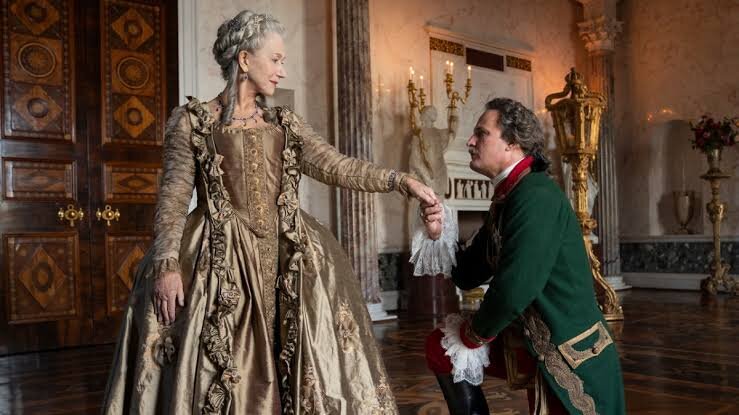 A British-American co-production, ‘Catherine The Great‘ centers around the life of the Russian Czarina who was the longest-serving female ruler of the country. The series focuses on the last few years of her life when she was involved in an affair with Grigory Potemkin.

The scandals and conflicts that plagued the Russian kingdom during the last years of her reign also become important issues dealt with, in the story. The series has brilliant production designs and its magnificent sets are enough to draw you in. However, the story, performances, and the characters are rather flat. Even the great Helen Mirren is pretty mediocre in her titular role. 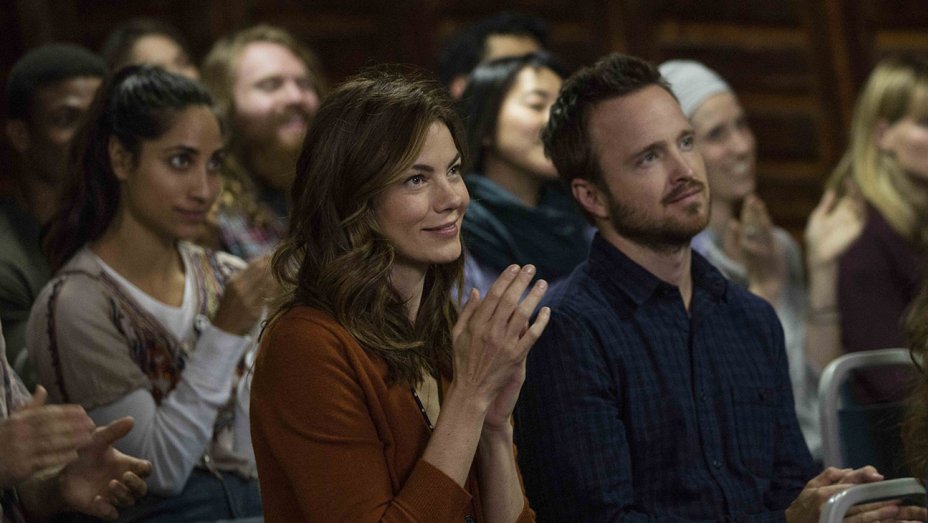 While ‘The New Pope’ is a series that looks at how an organized religion operates at the highest level, ‘The Path‘ is a show about a small cult whose members believe in a religion of their own. The central character here is not the leader of the cult, but a follower who begins having doubts about the new path he has embraced along with his wife.

Aaron Paul plays this leading character, Eddie Lane. The entire Lane family is a part of this cult called the Meyerist movement which incorporates elements from Shamanism, mysticism, and others within its teachings. The thing about both these shows is the fact that they deal with the concept of faith in interesting ways. We are made privy to the fact that all religions, though big or small, work in a certain way in order to keep their followers invested in their teachings. 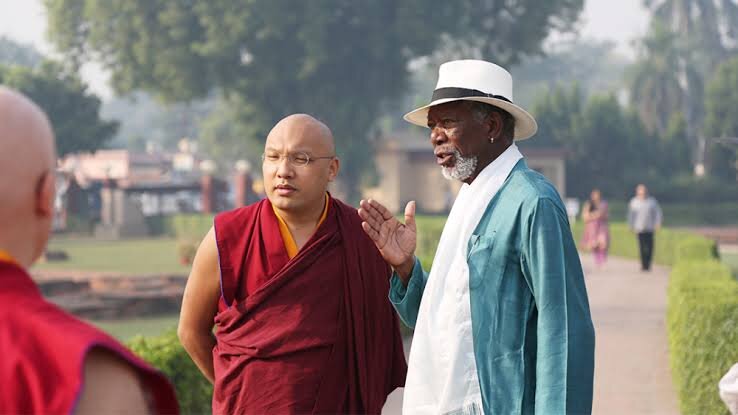 Although not a fictional TV series, ‘The Story of God with Morgan Freeman‘ is a show you have to watch if you are interested in religion and the philosophies behind it. In this series, the legendary Hollywood actor travels across the world and tries to understand how religion has been one of the most important factors to have shaped human society in the way that we know it.

He tries to understand the reason behind certain rituals and how these have evolved over the years. He speaks with priests who try to explain to him the basic theories on which their religion stands. If you are interested in cultures and civilizations, this is a series you simply cannot ignore. 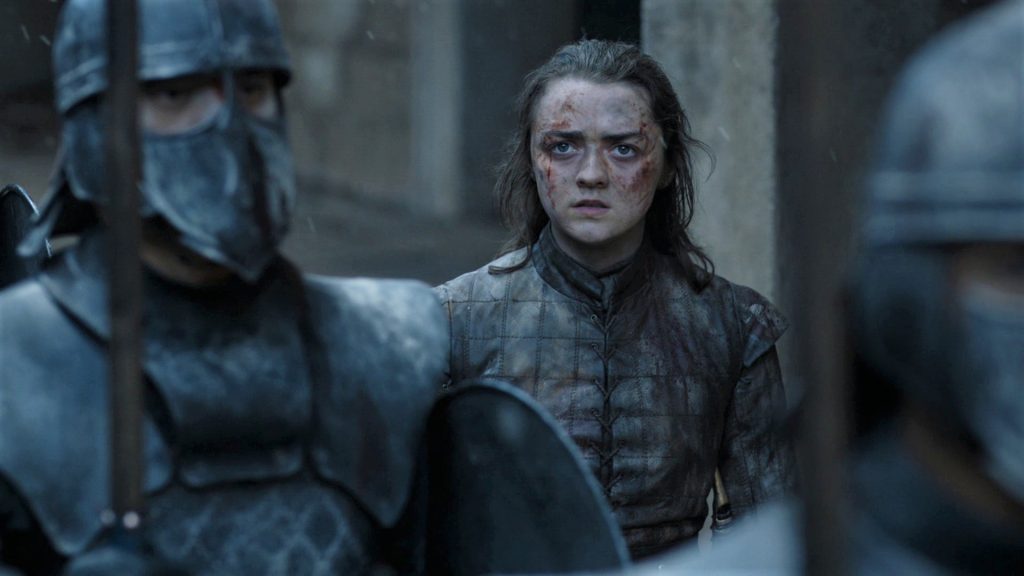 This entry might come as a surprise to many since ‘Game Of Thrones‘ and ‘The New Pope’ hardly have anything in common. However, there is one element that is a part of both these tales, and that is corruption at the highest order.

In HBO’s fantasy series, we see how the rulers of Westeros and the other important families are essentially corrupt people who are loved and respected by their followers. This is the same when it comes to the highest levels of power at the Vatican.

Jealousy, greed, sexual vices, and quarrels are constant companions of the pope and his associates, but they are still obeyed by the masses as some sort of higher power. Both these shows expose the true face of power, and that is why ‘Game of Thrones’ deserves a spot on the list.