Where Was The Man From Toronto Filmed? 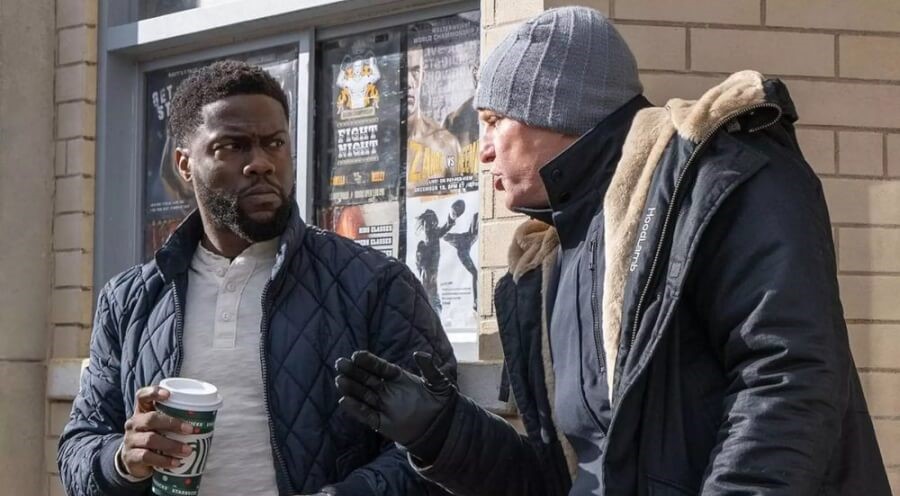 Directed by Patrick Hughes, ‘The Man From Toronto’ is an action–comedy movie that revolves around Teddy, a bumbling entrepreneur considered the biggest screw-up of New York, and Randy, one of the deadliest assassins in the world. When the two are mistaken for each other at an Airbnb, Teddy is forced to team up with Randy to stay alive. The movie is not just packed with action sequences but also with some of the biggest names in Hollywood as it features the cast ensemble of Kevin Hart, Woody Harrelson, Kaley Cuoco, and Ellen Barkin.

Additionally, several comedic elements are sprinkled throughout the narrative, making ‘The Man From Toronto’ a fun and entertaining watch. Moreover, the interesting use of locations in the film with action scenes shot against different backdrops makes the audience wonder about the production locations. If you are one such intrigued soul, allow us to put your curiosities to bed!

The Man From Toronto Filming Locations

‘The Man From Toronto’ was filmed entirely in Ontario, specifically in Toronto, Brampton, Milton, and Hamilton. The original plan was to begin shooting in April 2020 in Atlanta, Georgia, but due to the COVID-19 pandemic, the filming got delayed and was moved to Ontario in the Great White North. Finally, the principal photography for the action film commenced in October 2020 and wrapped up in December of the same year. Now, let’s navigate the specific locations that appear in the Kevin Hart-starrer!

A majority of the sequences for ‘The Man From Toronto’ were lensed on location in Toronto, the capital city of Ontario. In December 2020, the cast and crew members were spotted recording a high-speed car chase scene in the Bentway and the Lake Shore Boulevard. The former is a public space underneath the Gardiner Expressway that hosts various events. Furthermore, the CBC (Canadian Broadcasting Centre) building at 205 Wellington Street West was decorated with tons of pink balloons, seemingly to tape a party scene for the film.

More pivotal scenes were shot in and around The Omni King Edward Hotel at 37 King Street East in Toronto. In addition, the production team used the premises of Holy Angels Roman Catholic Church and Kingsway Boxing Club for recording a few scenes for the action movie. The church is located at 61 Jutland Road in Etobicoke, and the club is at 22-B Jutland Road in Etobicoke. Kevin Hart and others were also spotted filming some portions at Kipling Avenue and the Queensway in November 2020.

Filming Update!
I've got a tip that The Man From Toronto basecamp will be at Holy Angels Church in Etobicoke tomorrow. 🇨🇦🎥🎬

Not just that, the cast and crew of ‘The Man From Toronto’ utilized the William F. White Century Studio’s facilities to capture various scenes. Located at 7030 Century Ave in Mississauga, the neighboring city of Toronto, the studio sprawls around 68,000 square feet. It consists of a large stage, office space, costume and wardrobe, and crew parking.

The interior of the Enercare Centre at 100 Princes’ Boulevard Unit 1 stood in for DC airport when Teddy and Randy return from Puerto Rico. The scene where Teddy mistakenly slices a guy during interrogation was taped inside the Fort York National Historic Site at 250 Fort York Boulevard. The Aga Khan Museum situated at 77 Wynford Drive in North York stood in for the exteriors of the DC Arts Centre in the movie. Some interior and exterior sequences for the film were captured in Le Select Bistro at 432 Wellington Street West. You can spot the Sunnyside Pavilion in the background of the Puerto Ricco market. The cafe is located at 1755 Lake Shore Boulevard West.

The opening scene where Teddy ends up at the wrong Airbnb was taped at the Heart Lake Conservation Area in Brampton. Moreover, the scene where Teddy and Randy’s plane crashes in Puerto Rico was actually captured in Claireville Conservation Area, located at 8180 Regional Road 50. As per reports, the cabin featured on-screen was specially built by the production team for the movie. Several other important portions of the movie were recorded in the Brampton GO station, situated at 27 Church Street West in Brampton. The school scene where Teddy gets the rundown from the FBI was shot in Central Public School at 24 Alexander Street.

Kevin Hart in Brampton today filming at the Brampton GO Station for his new movie “The Man From Toronto” 🅱️🛣 pic.twitter.com/Bug078GybT

Additional portions of ‘The Man From Toronto’ were filmed in Milton, a town in Southern Ontario. In November 2020, the cast and crew were spotted on Main Street, lensing various scenes for the action-comedy movie. Specifically, Ivy Arms pub at 201 Main Street East served as a shooting location for the film.

For filming purposes, the production team set up camp at the John C. Munro Hamilton International Airport at 9300 Airport Road #2206 in Mount Hope. Moreover, a few pivotal scenes were lensed in Ancaster Mill, a picturesque creekside eatery located at 548 Old Dundas Road in Ancaster, a historic town in Hamilton. The scene involving the private airfield exterior was recorded in Jetport Hamilton at 9300 Airport Road, Unit 520 in the neighborhood of Mount Hope.