Where Was The Umbrella Academy Season 3 Filmed? 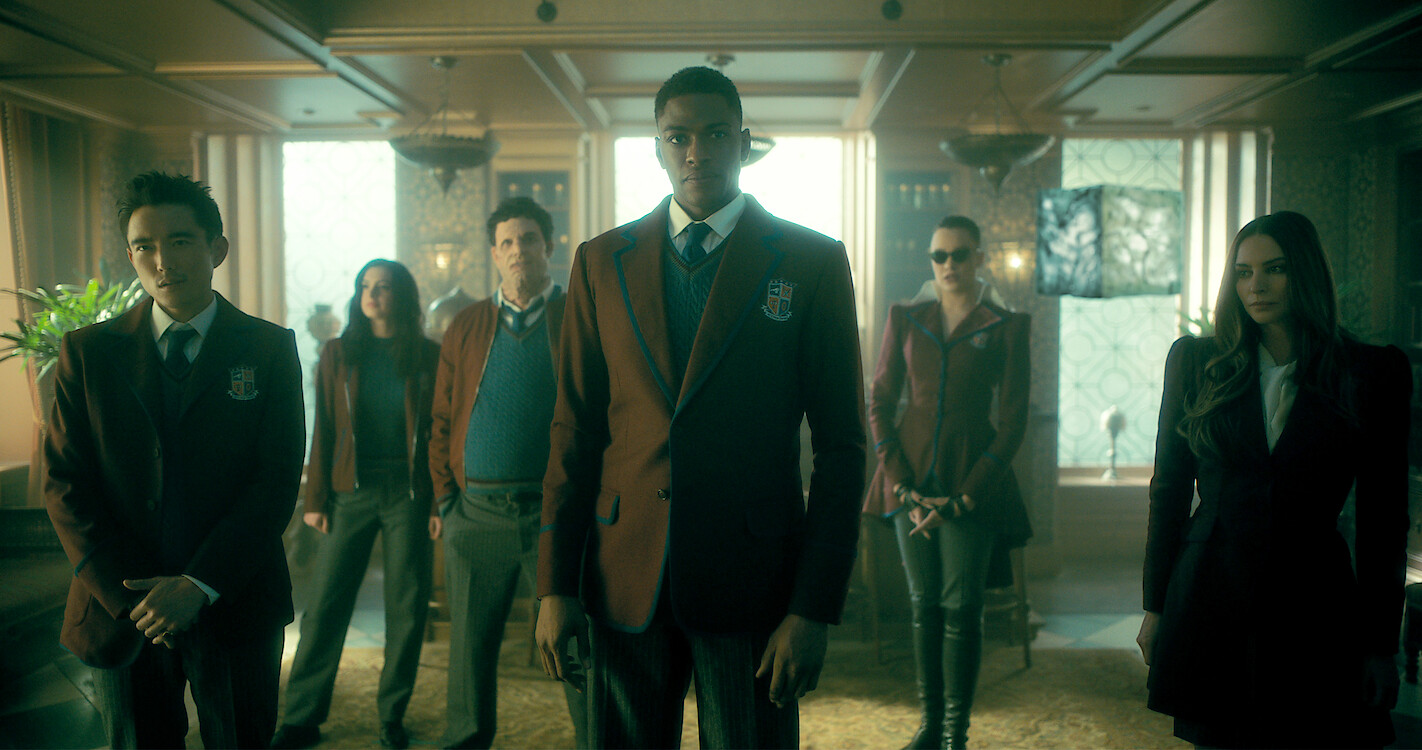 Based on the eponymous comic book written by Gerard Way and illustrated by Gabriel Bá, ‘The Umbrella Academy‘ is a fantasy action-adventure series created by Steve Blackman. The story revolves around a family of seven superheroes adopted by Sir Reginald Hargreeves, who creates The Umbrella Academy and prepares them to save the world. The family goes their separate ways when the children are teenagers, but six of them reunite several years later, upon Hargreeves’ death.

To get to the bottom of their father’s death and prevent the threat of an upcoming apocalypse, the six remaining siblings decide to team up despite their differences. The superhero series consists of several intriguing themes and elements, such as the suspense behind Hargreeves’ demise, the approaching apocalypse, the family’s superhuman powers, and many more. In the third iteration, the siblings create a new timeline where they get replaced by another superhero group called The Sparrow Academy. To add more to their plate, they must also prevent a kugelblitz from possibly annihilating the entire universe. Just like the previous seasons, the third installment is also set against some exciting backdrops, making the viewers wonder about the filming sites of the series. Well, let us fill you in on all the details!

‘The Umbrella Academy’ season 3 was filmed entirely in Ontario, specifically in Hamilton and Toronto. The principal photography for the third iteration of the series commenced in early February 2021 and wrapped up in the last week of August of the same year. Since production took place during the COVID-19 pandemic, many strict protocols were in place, which meant there were shorter days on the set and a much longer length of the entire shoot.

Furthermore, as per reports, filming was seemingly supposed to begin a bit earlier than it did, but it got delayed due to the impact of the pandemic. Now, let’s follow the family of superheroes and learn about the specific locations that appear in season 3!

A minor portion of ‘The Umbrella Academy’ season 3 was filmed in Hamilton, a port city in Ontario. For taping the exterior shots of the Hargreeves house, the production team utilized the same building located at 4 King Street East that they did in previous seasons. The cast and crew members were also spotted recording some pivotal sequences in King George School at 77 Gage Avenue North in North Hamilton.

I was at the Hargreeves House less than an hour ago, the stand from earlier today is gone. But I got some pics of the Hargreeves house, with all the Sparrows on the gate and windows. Hope this helps!@TOFilming_EM pic.twitter.com/al3riQOxDQ

Moreover, Dundas and Ossington Avenue are a couple of new locations that feature in the third iteration of the fantasy series. Besides that, Ottawa Street North doubles as 1960s Dallas, Texas, for a few sequences, with many storefronts set up to provide a suitable backdrop for that period. Several important scenes for season 3 were further shot on the premises of Gage Park, located at 1000 Main Street East in Hamilton.

Filming Update!#UmbrellaAcademy’s new location has been identified at Dundas and Ossington. ☂️🎥🎬

Additional portions of ‘The Umbrella Academy’ season 3 were lensed in Toronto, the capital city of Ontario. In March 2021, the cast and crew members were spotted taping various pivotal scenes at the Gardiner Museum, a popular ceramics museum at 111 Queens Park.

Toronto is considered one of the most multicultural and cosmopolitan cities in the world and is a renowned hub for theatre, music, motion picture, and television production. Over the years, the capital city has served as a production site for different filming projects. Some notable movies and TV shows that have utilized Toronto’s locales are ‘Charlie and the Chocolate Factory,’ ‘American Psycho,’ ‘Nightmare Alley,’ ‘Schitt’s Creek,’ and ‘Gilmore Girls.’

A major part of ‘The Umbrella Academy’ season 3 was filmed in Oshawa, a city on the Lake Ontario shoreline in Ontario. Apart from lensing some exterior shots across the city, most of the interior scenes were taped in Parkwood Estate. Located at 270 Simcoe Street North in Oshawa, the beautiful estate was home to the McLaughlin family from 1917 to 1972 before being officially designated as a National Historic Site, in 1989.

Read More: Is The Majestic 12 in The Umbrella Academy A Real Organisation?