Where Was Charlie and the Chocolate Factory (2005) Filmed? 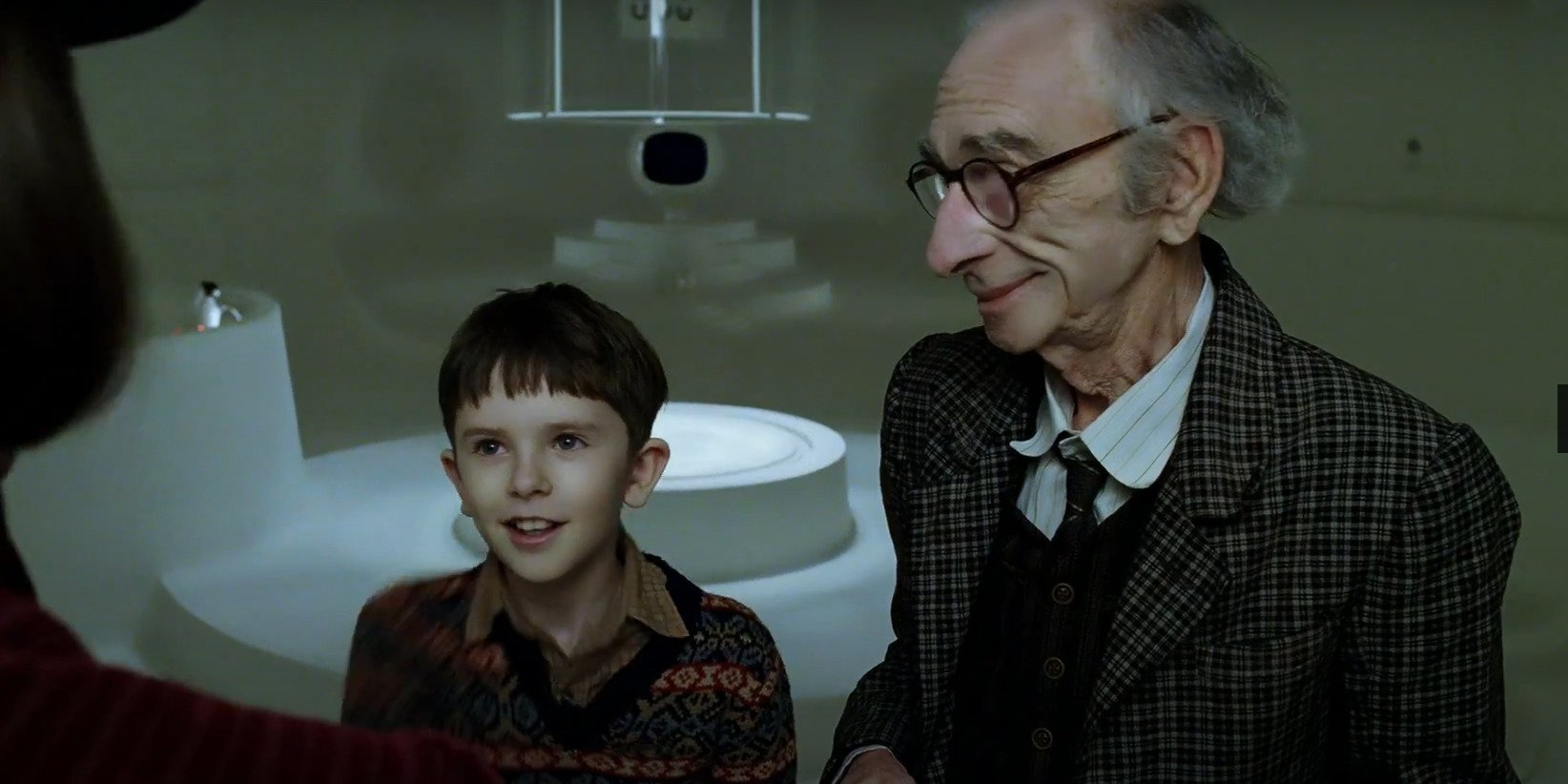 Directed by the acclaimed Tim Burton, ‘Charlie and the Chocolate Factory’ is a musical fantasy movie based on the famous eponymous novel by Roald Dahl. The storyline revolves around Charlie, a young boy who wins a golden ticket from a Wonka chocolate bar. These tickets placed in random Wonka chocolate bars enable him and four other children from around the world to get a personalized tour of Willy Wonka’s Chocolate Factory by Mr. Wonka himself. What follows is an adventurous journey through the factory full of wonders and revelations, as well as a chance to win a lifetime supply of free chocolates.

The astonishing and fantasy-like backdrops of the movie added character to the narrative, making everyone wonder if such places really do exist. If you too are curious to know about the magical locations where ‘Charlie and the Chocolate Factory’ was filmed, you’ve found an ally in us. Let’s find out together!

‘Charlie and the Chocolate Factory’ was filmed in several locations in England, Germany, the USA, Canada, and Yemen. Director Tim Burton preferred to shoot the movie using practical effects and built sets instead of using computer-generated effects since he felt that it justified the book’s emphasis on texture. Thus, each backdrop was handcrafted in different locations. Principal photography reportedly took place between June to December 2004. Now here’s a detailed look at the exact filming locations for the movie.

Some scenes of ‘Charlie and the Chocolate Factory’ were filmed in York, a cathedral city in North Yorkshire. It has a rich religious history and is home to several architectural marvels such as York Minster, York Castle, and the city walls. York lies at the confluence of the Ouse and Foss rivers, and major parts of it lie in the flood plains. The charming city also hosted the production for the hit Netflix series ‘Bridgerton.’

Several portions of the movie were filmed at Pinewood Studios, located on Pinewood Road, Slough, Iver Heath. The entire Chocolate Room and the factory model were created particularly at the Albert R. Broccoli 007 Stage in the studios. Apart from that, several other stages, as well as the backlot area of the studios, were used to recreate various locations in the movie like the Nut Room, the Swiss restaurant, Boutique Department Store, and Cherry Street. 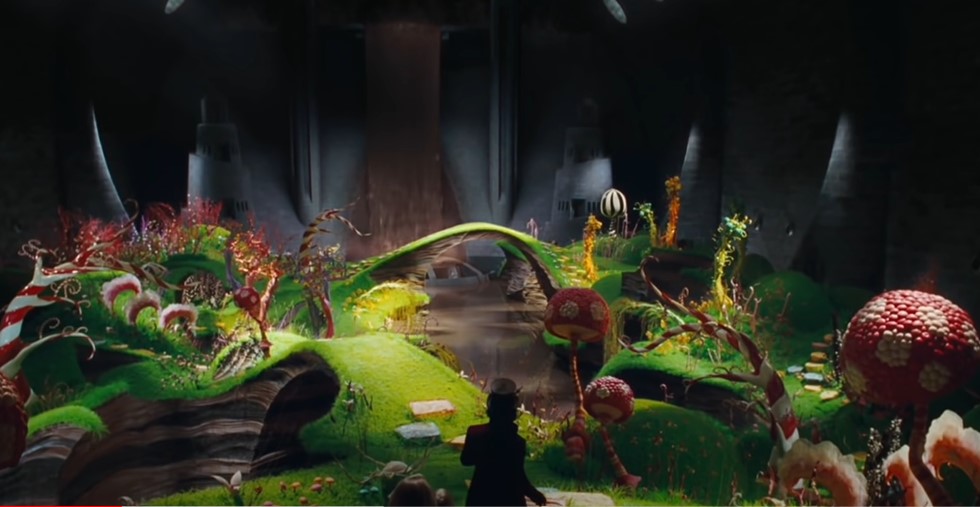 Various movies like ‘No Time to Die,’ ‘Eternals,’ ‘Black Widow,’ and ‘The Dark Knight‘ were filmed at the technologically well-equipped Pinewood Studios. Another filming location in Buckinghamshire was the CompAir Factory in High Wycombe. 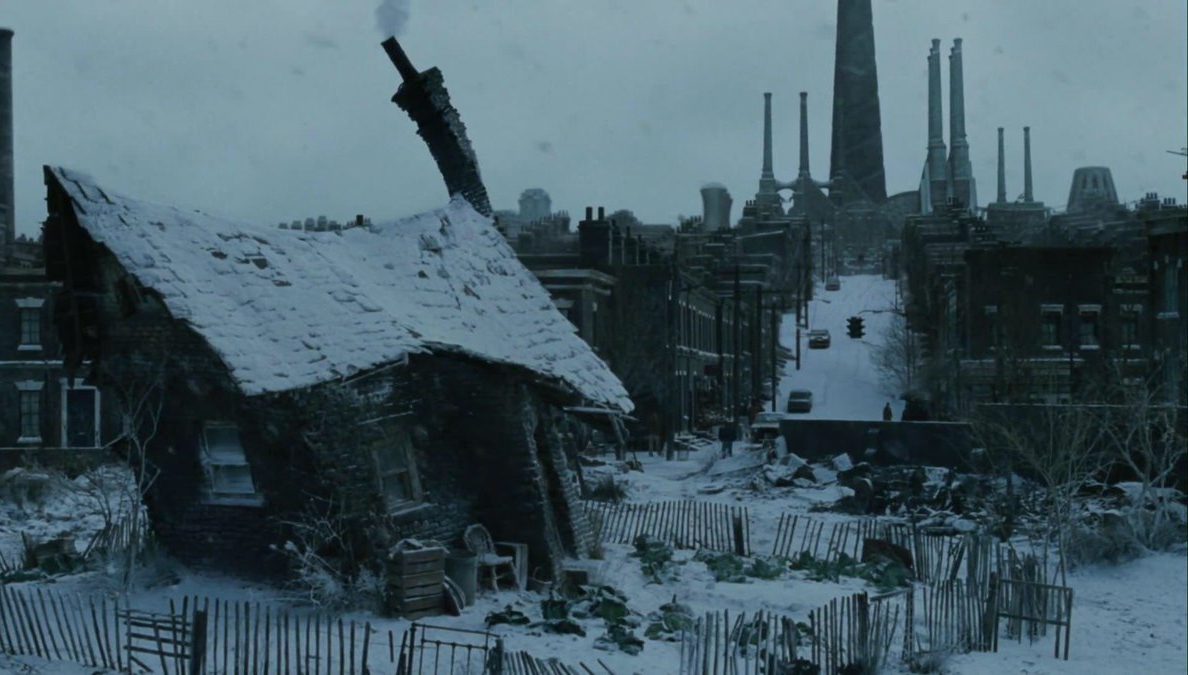 Charlie’s village in the movie was created at the Shepperton Studios, Studios Road, Shepperton. Several stages on the sprawling property were used for filming. The studio’s notable credits include movies such as ‘1917‘, the ‘Harry Potter‘ film series, and ‘Dolittle.’

The scenes involving Veruca’s house were filmed in Hertfordshire, one of the home counties in Southern England. The exterior of the house was lensed in Wrotham Park in Barnet, while the interior was filmed at the Armory, Hatfield House in Hatfield. Moreover, the movie ‘Wonder Woman 1984‘ and the Netflix drama ‘The Crown‘ were filmed in the county.

London, the capital city of England, also features in ‘Charlie and the Chocolate Factory.’ Standing on the River Thames, the city is a hotspot for entertainment, culture, art, finance, and fashion. It houses four major World Heritage Sites: Kew Gardens, the Palace of Westminster along with Westminster Abbey, St Margaret’s Church, and the historic settlement in Greenwich. Additionally, movies like ‘Skyfall,’ ‘Paddington,’ and ‘Kingsman: The Secret Service‘ were shot in the iconic megacity.

Gengenbach is a town located in the state of Baden-Württemberg, which appears as Augustus Gloop’s home city of Düsseldorf in the movie. Apart from owning the world’s biggest advent calendar, the town is a popular tourist destination and holds the traditional Alemannic carnival. Located on the edge of the lush and magnificent Black Forest, the picturesque town has a rich culture.

The sequences at Violet’s house were filmed in Buford, a city in the Gwinnett and Hall counties of Georgia, USA. The city has several tourist attractions such as museums and community centers; the Mall of Georgia and the Lake Lanier Islands also attract quite a crowd. The fascinating city is the birthplace of many renowned musicians. The movie ‘A Walk in the Woods,’ as well as the television series ‘Ozark,’ have been filmed in Buford.

The Nestle Chocolate Factory, located at 72 Sterling Road, Toronto, served as another filming site for ‘Charlie and the Chocolate Factory.’ Shooting at an actual chocolate factory surely added authenticity to the movie’s narrative. Due to its diverse scenery as well as the regional tax incentives on filmmaking, Toronto is a highly sought-after filming location. It even hosts the prestigious Toronto International Film Festival annually. Furthermore, it has hosted the production of numerous movies, including ‘Christmas by Chance,’ ‘8-Bit Christmas,’ and ‘The Shape of Water.’

The scenes based in Marrakesh, Morocco, were filmed in the city of Sana’a, especially in and around Bab-al Yaman, also known as the Gate of Yemen. It is the only surviving gate of the seven ancient gates to the old part of the capital city. It has a gorgeous fortified structure with traditional 17th-century architecture. The area around it is a buzzing marketplace where merchants sell their wares.