Who Is Colton in 1883? Will Colton and Elsa End Up Together?

‘1883‘ takes a darker turn in its fifth episode with the death of Ennis. The young and handsome cowboy’s quirky personality and relationship with Elsa had become a highlight of the show. However, after Ennis’ death, the caravan is left shorthanded with cowboys and needs help to look after the large cattle herd. As a result, Colton, another young and boisterous cowboy, joins the wagon camp in the sixth episode. Despite being a new addition, Colton fits into his surroundings effortlessly and takes a shine to Elsa. If you are searching for more information about the character and his potential romantic future with Elsa, here’s everything you need to know! SPOILERS AHEAD!

Colton first appears in the sixth episode of ‘1883’ titled ‘Boring the Devil.’ He is an experienced cowboy who is present in Doan’s Crossing. After Shea’s caravan stops in Doan’s Crossing, the elder cowboy speaks with Colton. Shea hires Colton to be a part of the wagon camp and aid in their journey. Colton mainly tends to the cattle herd, thereby replacing Ennis, who passed away in the previous episode. Colton knew Ennis and Wade, and his interactions with Wade hint that they have worked together on many assignments. 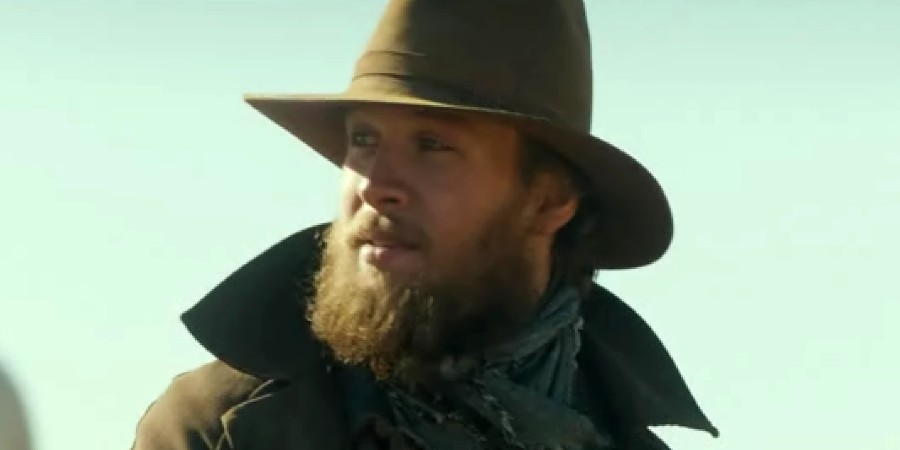 Actor Noah Le Gros essays the role of Colton in the series. The actor has worked on some films and television shows, and his credits include ‘The Beach House’ and ‘A Score to Settle.’ He is arguably best known for playing the role of Thor in the teen drama series ‘The Get Down.’ Gros is the son of noted actor James Le Gros (‘The Mosquito Coast’).

Will Colton End Up Wih Elsa?

In the sixth episode of the series, Colton meets Elsa and sees her striking beauty. He tries to start a conversation with Elsa by introducing himself. However, Elsa is not interested in talking to Colton at all. She is grieving the loss of Ennis and is having a hard time balancing the turmoil within her heart. Colton reveals that he was friends with Ennis and offers Elsa his condolences. Later, Elsa rediscovers her spirit for life and resumes her duty. She introduces herself to Colton and throws at him a line similar to the one Ennis had used to start flirting with her when they first met.

The scene is seemingly setting up a romantic future between Colton and Elsa. While it is possible that they might end up together, Elsa is unlikely to date another cowboy so soon after Ennis’ death. Although Elsa recognizes that Ennis would have wanted her to continue with her life, Colton might prove to be too similar to Ennis. Elsa will certainly try to avoid mingling with Colton if he reminds her of Ennis. Having said that, Elsa is always upfront with her feelings, and her flirtatious start to a conversation with Colton hints that she might be interested in the cowboy. On the other hand, Colton also seems to like Elsa. Therefore, viewers shouldn’t be surprised if the two become a couple in the upcoming episodes.

Read More: Who Are the Immigrants in 1883? Where Are They From?