Who Are the Immigrants in 1883? Where Are They From? 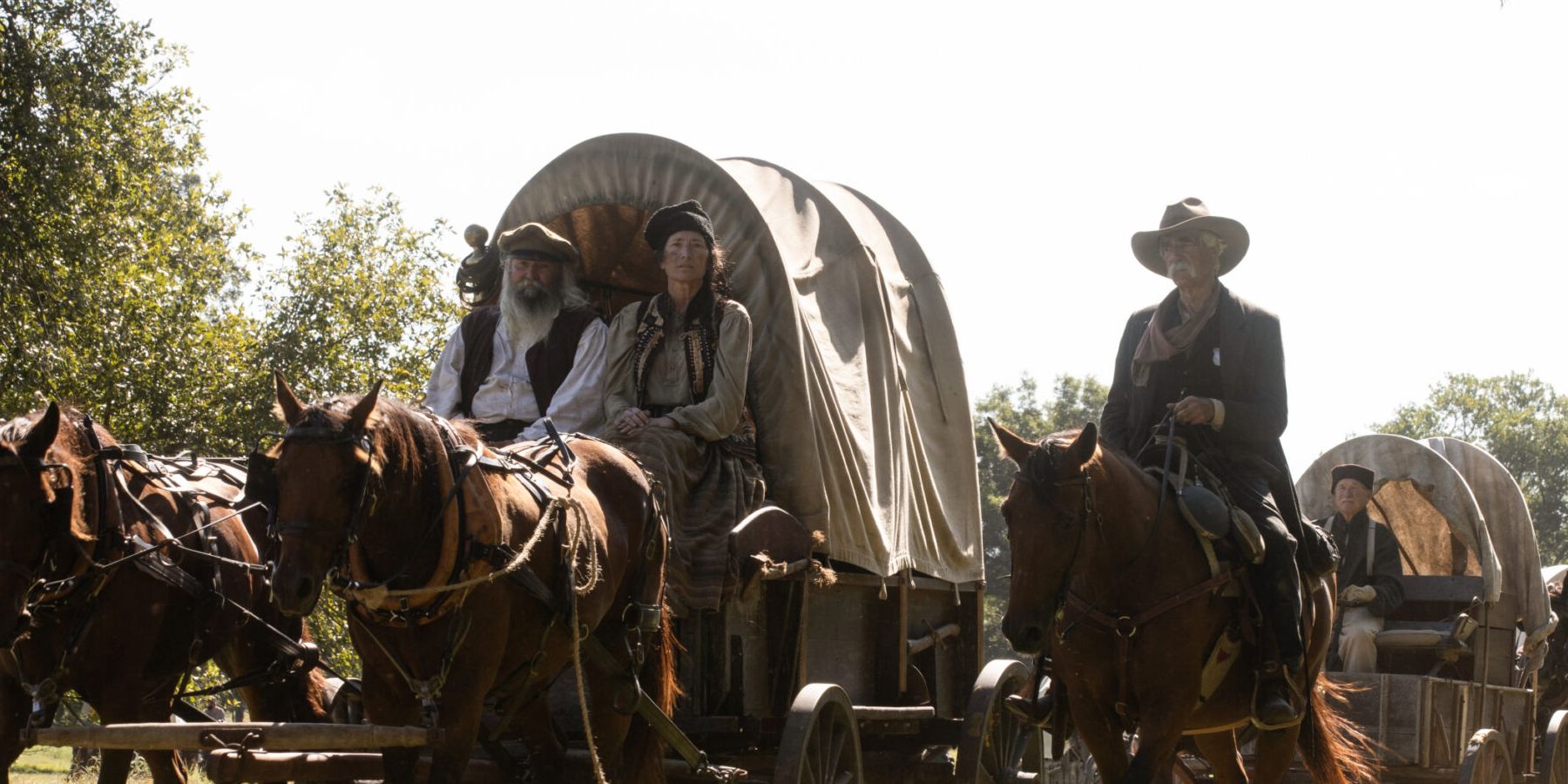 ‘1883’ follows a group of immigrants traveling across the Great Plains to settle down in Oregon. They obtain the services of Pinkerton Agents Shea Brennan and Thomas to guide them across the vast plains and help them navigate the dangers on the road. As the story progresses, viewers learn more about the immigrants and their life before arriving in the United States. If you are curious to learn more about the immigrants and where they come from, here’s everything you need to know! SPOILERS AHEAD!

Who Are the Immigrants?

In the series premiere episode of ‘1883,’ Shea Brennan and Thomas take up the assignment of guiding a group of immigrants across the Great Plains and towards Oregon. These people form most of the wagon camp, which is the focal point of the show’s first season. Josef, an immigrant man who can speak English, becomes the group’s de facto leader. The immigrants are inexperienced travelers and arrived in the United States on a ship.

Although the series does not introduce viewers to each and every immigrant individually, they impact the story as a group. Some immigrants do get the spotlight from time to time. Some of the immigrants that viewers meet are Josef, his wife, Risa, the widow Noemi, and the English-speaking immigrant woman, Alina. The immigrants are inadept at horseriding, wagon driving, swimming, and other essential skills required to survive on the road. Despite coming from an oppressed society, most immigrants are incorporative and often steal from each other.

Where Are the Immigrants From?

In the early episodes of the series, not much is revealed about the immigrants’ past life. It is stated that they come from Europe. Most immigrants cannot speak English which makes it difficult for us to understand their country of origin. However, it seems like a majority of the immigrants are from Germany. Josef is German and speaks in his native language, which most immigrants seem to understand. Thus, considering that the immigrants choose Josef to be their leader, it is safe to say that they are from Germany. The same is confirmed when Josef tells Shea about life back in his native country.

The presence of German immigrants in the American West aligns with reality. During the late 19th century, many Germans migrated to North America. The decade between 1881 and 1890 itself saw roughly 1.4 million German immigrants arriving in the USA. There are various reasons for the extensive migration of Germans, and the First World War played a crucial role in the process. Despite being from the same country, the immigrants lack a sense of cooperation among themselves.

While the series does not dive deep into the specifics of the differences between the immigrants, it can be said that the German social class system might have something to do with it. Some members of the wagon camp, such as Noemi, might not even be German. It is stated that Noemi is a Romanian gypsy, which hints at the possibility of some immigrants being from different ethnic backgrounds. By the fifth episode, it hardly matters where the immigrants come from as life in the American West begins to test their resolve. Less than 50 immigrants survive the difficult river crossing, and the journey has only started.