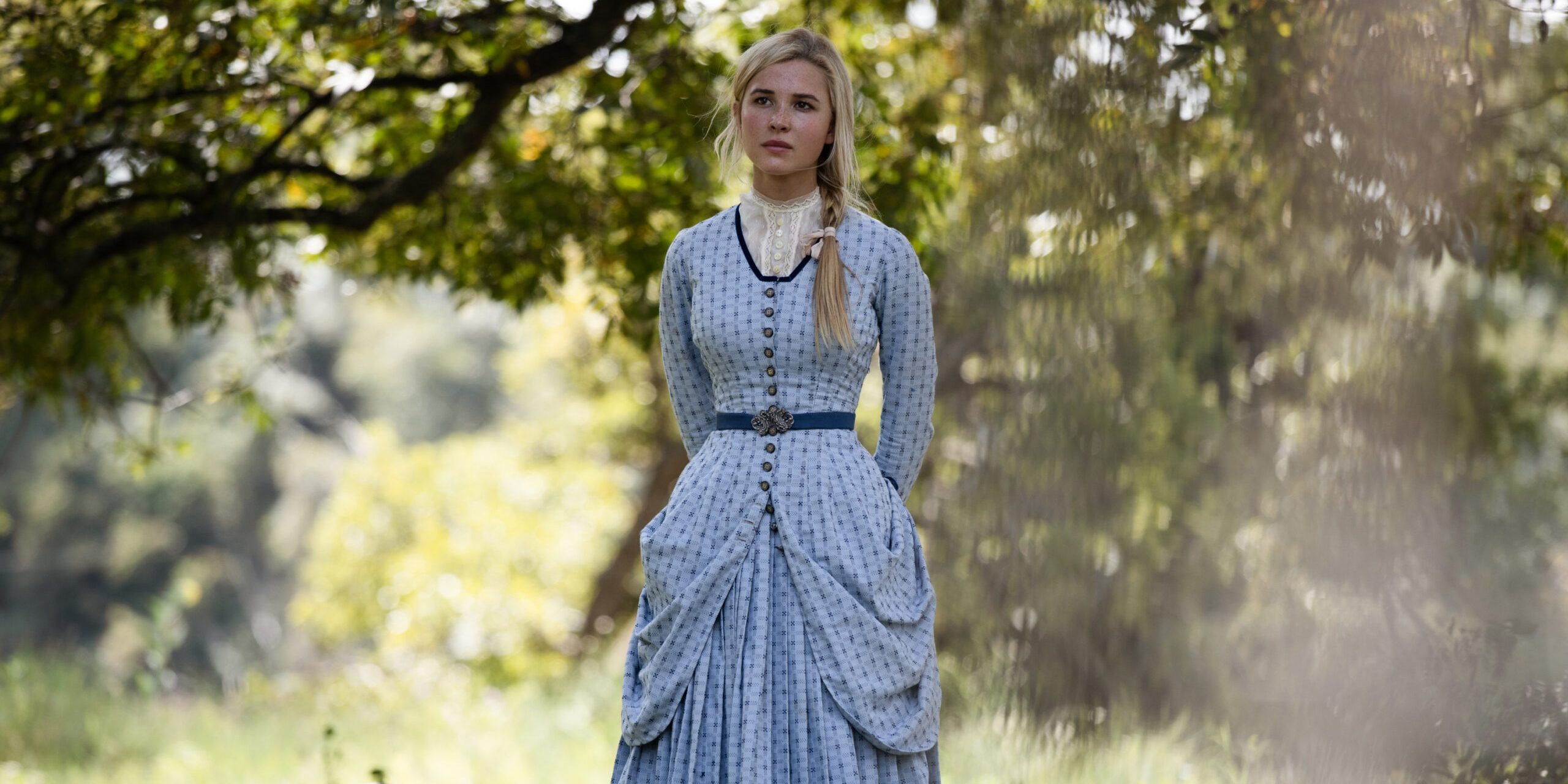 ‘1883‘ revolves around the family of James Dutton, who is traveling across the Great Plains in hopes of finding a new home. Although the journey is filled with hardships, James’ daughter, Elsa Dutton, has a way of effortlessly finding the beauty in her surroundings. However, Elsa’s journey is marked by an ominous moment that signals a dark future for the young Dutton. If you are wondering whether the sequence leads to Elsa’s death, here’s everything we know in that regard! SPOILERS AHEAD!

What Happens to Elsa Dutton?

Elsa Dutton is the daughter of James Dillard Dutton and Margaret Dutton. She has two younger brothers, John Dutton Sr and Spencer Dutton. In the series premiere episode, Elsa travels to Fort Worth, Texas, with her family. From there, the Duttons set out on a journey with a caravan led by Shea Brennan. During the trip, Elsa meets a handsome cowboy named Ennis. The duo flirts back and forth and develops feelings for one another.

Elsa is also the primary narrator of the series and discusses her optimistic thoughts about life. However, as time passes, Elsa’s narration begins to have darker connotations as she ponders about the misery in the world and the meaning of life. The increasing intensity of Elsa’s narration and her changing tone will certainly remind viewers of the show’s opening scene, which all but confirms Elsa’s dire fate.

In the first scene of ‘1883,’ viewers meet Elsa Dutton, who wakes up amidst a violent and chaotic situation. She looks around and sees a group of Native Americans killing her fellow travelers. Her wagon is on fire, and there is no place for Elsa to hide. A Native American man approaches Elsa, and when she tries to run, she is shot in the stomach by an arrow. Nonetheless, Elsa manages to retrieve a gun and fires at the attacker. She continues shooting the men approaching her before we cut to the credits. The scene is accompanied by a voiceover from Elsa wherein she confirms that she is dead.

Moreover, when the viewers meet the Dutton family in the fourth season of the parent series ‘Yellowstone,’ Elsa is absent from the flashbacks set in 1893. There is no mention of Elsa, which further confirms that she passed away sometime after setting off on the journey with her family. Since James and Margaret eventually settled down in Montana, Elsa might have separated from her parents during the journey and ended up in conflict with the Native Americans.

Through the dreadful opening sequence and the growing darkness in Elsa’s narration as the episodes progress, it is apparent that we are getting closer to finding out about Elsa’s fate. All signs point to her death in the conflict with the native Americans, but the chances are that the scene is a piece of misdirection from the show’s makers. Nonetheless, we will likely receive a definitive answer about Elsa’s fate in the upcoming episodes. As things stand, Elsa’s death seems a near certainty.