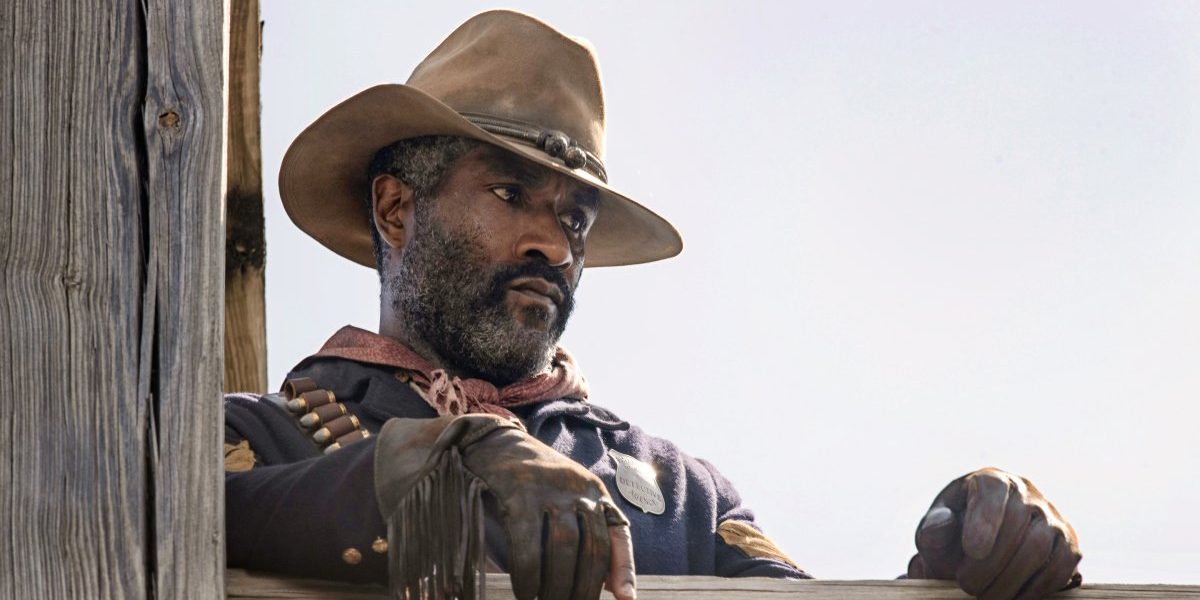 ‘1883’ takes place in the late 19th century after the American Civil War. It follows a group of travelers journeying together across the Great Plains from Texas to Oregon, searching for a new home. Among this group is a black cowboy named Thomas, who is always by the side of the leader Shea Brennan. Although Thomas does not take much of the spotlight, his presence is enough to make viewers curious about the character’s story and inspiration. If you are looking for more details about the same, here’s everything you need to know! SPOILERS AHEAD!

Thomas is introduced in the series premiere episode of ‘1883.’ He is an ally of Shea Brennan, who informs Shea about an assignment offered to them. Thomas works with Shea to help organize the resources for the group of immigrants they are supposed to guide across the Great Plains. He is a Pinkerton Agent and former soldier of the Union Army who served in the American Civil War. He takes pride in his time as a soldier and continues to sport his army uniform jacket in the series. Thomas is a level-headed person who is reasonable and intuitive. In the third episode, after a disagreement between Shea and James, Thomas becomes the voice of reason and helps Shea see the merits of James’ suggestion.

Actor LaMonica Garrett essays the role of Thomas in the series. Garrett was a professional slamball player before turning his attention to acting after playing a small part in the hit teen drama ‘One Tree Hill.’ He is perhaps best known for portraying Mar Novu/Monitor and Anti-Monitor in the ‘Arrowverse’ shows. Garrett’s other credits include recurring spots in shows like ‘Sons of Anarchy‘ and ‘The Last Ship.’

Is Thomas Based on a Real Person?

Elements of Thomas’ story will undoubtedly make viewers wonder whether the character is based on a real person. He works for Pinkerton, a real-life security and detective agency operational since the 1850s. Thomas is said to have served as a part of a Buffalo Soldier regiment. These army units were formed during the civil war and comprised people of color. Moreover, African-American cowboys have been present throughout the 19th century and are an important part of the Western heritage.

Despite the various real-world elements connected to the character, there is no evidence that suggests Thomas is based on a real person. LaMonica Garrett, who plays the role, has stated that the character has more depth than previous portrayals of black cowboys in American films. Therefore, the character accurately represents the black cowboys during the 19th century. For his performance as Thomas, Garrett studied the lives of many real-life African American cowboys such as Bass Reeves, Bill Picket, Bose Ikard, and John Ware, among many others. Hence, we can deduce that Thomas serves as the show’s tribute to the underappreciated contributions of black cowboys during the era.