Who Is Ennis in 1883? Will Elsa and Ennis End Up Together? 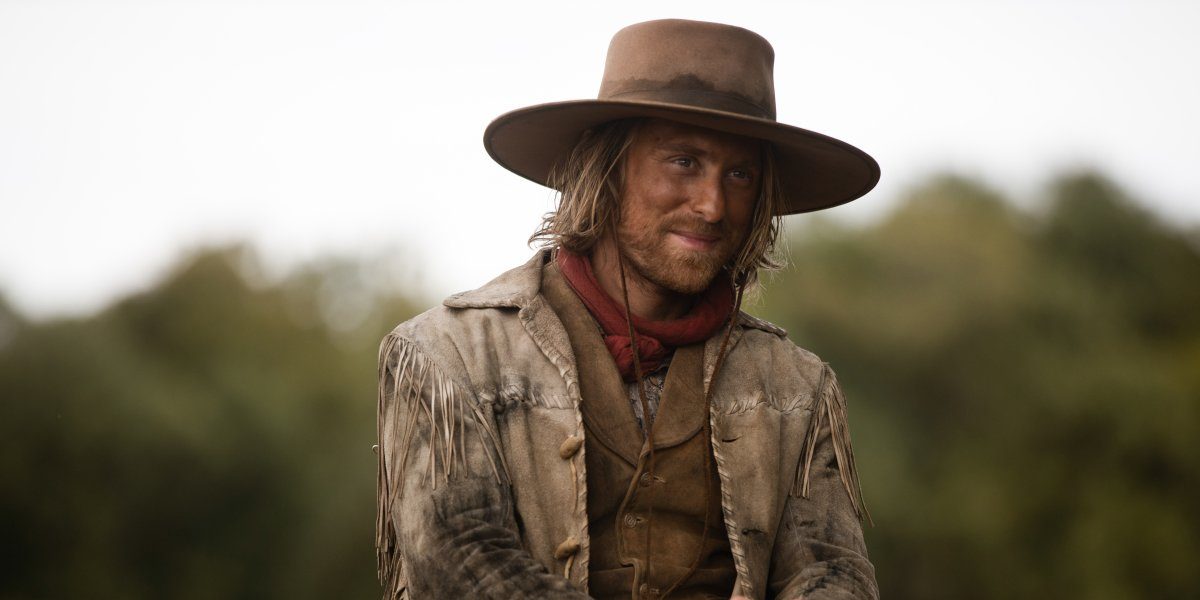 ‘1883’ introduces viewers to several interesting characters who propel the show’s enchanting adventure-themed narrative forward. As the caravan led by Shea Brennan continues their journey, various folks are getting acquainted with one another. Among them is the cowboy for hire Ennis, who is quickly getting close to Elsa Dutton. Naturally, viewers must be curious to discover more about Ennis as they weigh up the possibility of a romance between him and Elsa. In that case, look no further as we have gathered all the details for you right here! SPOILERS AHEAD!

Ennis is a local cowboy from Fort Worth, Texas, whom Shea and Thomas hire to aid in their journey to Oregon. Ennis is a carefree and handsome cowboy who is skilled at horse riding and tracking cattle. After helping Shea and Thomas round up some wild cattle for their journey, Ennis decides to stick around and accompany the caravan. During his time with the caravan, Ennis meets James Dutton’s daughter, Elsa Dutton.

In the series, actor Eric Nelsen essays the role of Ennis. Nelsen is a talented actor from Florida, and he made his screen debut in 2006. He honed his acting skills by working in theater and doing small parts in various television shows. Nelsen also appears in films such as ‘A Walk Among the Tombstones,’ ‘Nightmare Cinema,’ and ‘The Last Whistle.’ He is perhaps best known for playing the role of AJ Chandler in the soap opera series ‘All My Children.’

Will Ennis End up with Elsa?

In the second episode of ‘1883,’ Ennis meets Elsa for the first time when she arrives with her father to help round up the wild cattle. He is immediately smitten by Elsa and decides to talk to her. Elsa appreciates Ennis’ upfront nature, and the two have a flirtatious conversation. Elsa and Ennis continue to flirt during the third episode, and Elsa’s mother, Margaret, notices the sparks between the two. Margaret and James talk about the situation. Eventually, James allows Ennis to court his daughter. However, he warns Ennis not to break Elsa’s heart.

All things said, it seems like the stars are aligning for a romance to blossom between Ennis and Elsa. Therefore, it is highly likely that the two will become a couple in the coming episodes. However, it will be interesting to see how long their feelings for each other last. In a flashforward scene during the first episode, viewers learn that sometime after starting the journey, Elsa’s life is threatened by a group of Native American people. Ennis is nowhere to be seen during this sequence. Moreover, John’s warning to Ennis sounds like a foreshadowing of how things will end up between Ennis and Elsa. Hence, the duo’s romance might already be doomed.