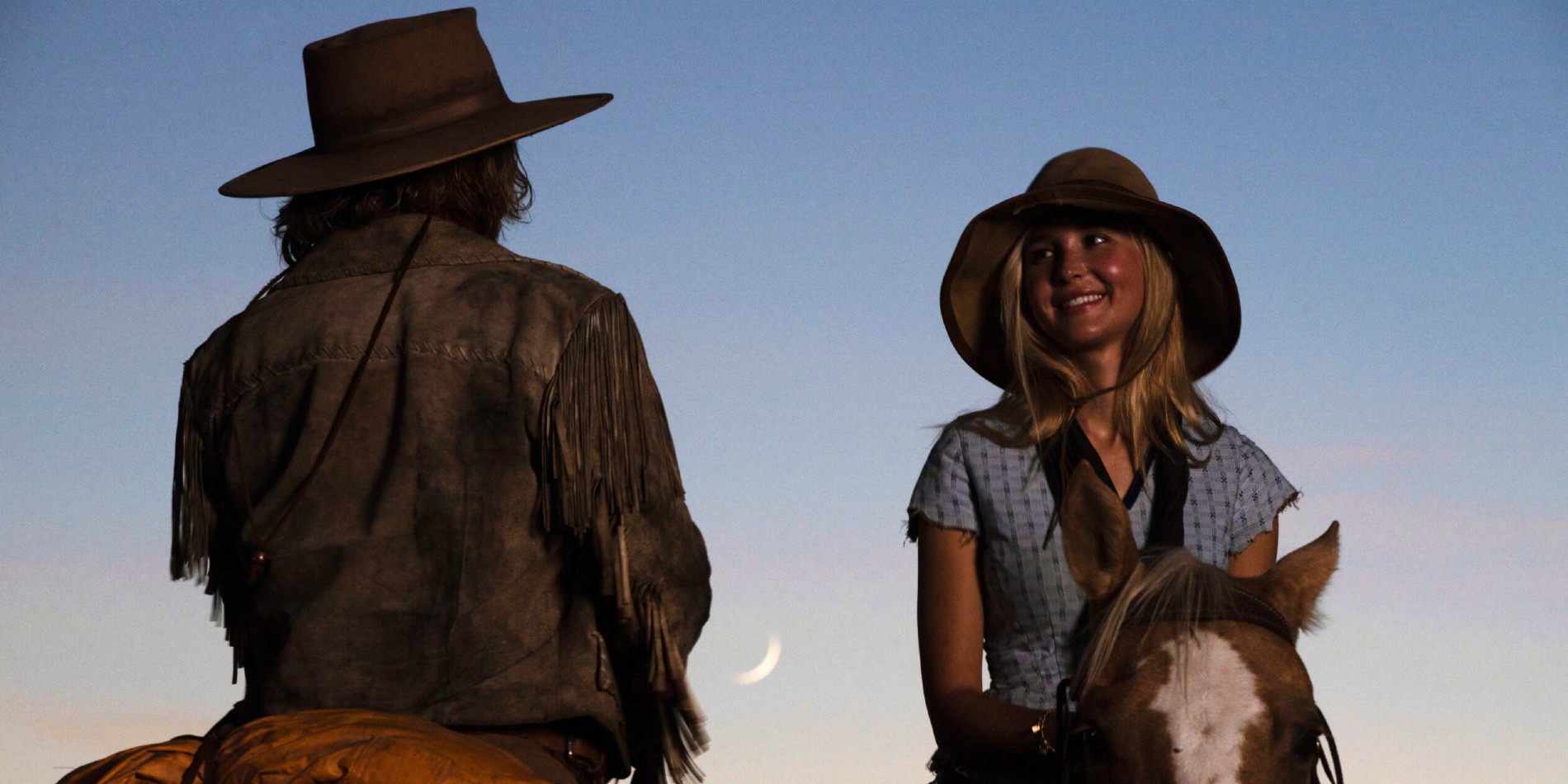 As ‘1883’ progresses, viewers get a sense of the various dangers that lurk in the American Wild West. Amidst this land filled with violence, diseases, and death, two young people have effortlessly forged a connection that is unlike any other. Yes, we are talking about the heartwarming relationship between Elsa Dutton and Ennis. In the fifth episode of the series, the couple grows closer than before, and the possibility of them getting married is touted. Will the lovers unite? or will tragedy strike their relationship? Here’s everything you need to know about the status quo of Ennis and Elsa’s relationship in ‘1883.’ SPOILERS AHEAD!

Elsa Dutton and Ennis meet when the former and her father accompany Shea Brennan’s group to round up some wild cattle. Ennis is immediately smitten by Elsa and tries talking to her. The duo starts flirting and spending as much time together as possible. Elsa and Ennis share their first kiss in the fourth episode and sleep together in the following episode. Therefore, it is safe to say that things between them are heading too fast, and not everyone is happy with the situation. Elsa’s mother, Margaret, warns her daughter about heartbreaks and cruelty of life on numerous occasions hoping that the young Dutton would slow down.

Margaret’s words seem to have an opposite effect on Elsa. After Margaret expresses her dislike over Elsa having sex with Ennis, she lectures her daughter. Instead, Elsa decides to ask Ennis whether he would like to raise a child with her. Ennis agrees, and Elsa takes it as a yes for marriage. She shares the news with James, who is initially hesitant and tries to beat Ennis. However, Elsa intervenes and proclaims her love for Ennis. Ennis reciprocates Elsa’s feelings, and James is convinced that the two are meant to be together. Both Elsa and Ennis seem excited at the prospect of spending their lives together.

However, as the common saying in the ‘Yellowstone‘ universe goes, wherever anything good is happening, something bad is trying to stop it. Elsa and Ennis’ excitement is cut short by a group of bandits. The cowboys prepare to take on the bandits and layout a trap. Shea, Thomas, James, and Wade ambush the bandits by luring them into open land. However, the gunfight escalates, and one of the bandits approaches Elsa. Ennis bravely steps up to face the bandit and, in the process, is shot in the chest. Thus, Ennis dies while protecting the love of his life. Ultimately, Elsa and Ennis do not get married, but Ennis keeps his promise of spending the rest of his life with Elsa.

Read More: Are Thomas and Noemi Together in 1883?