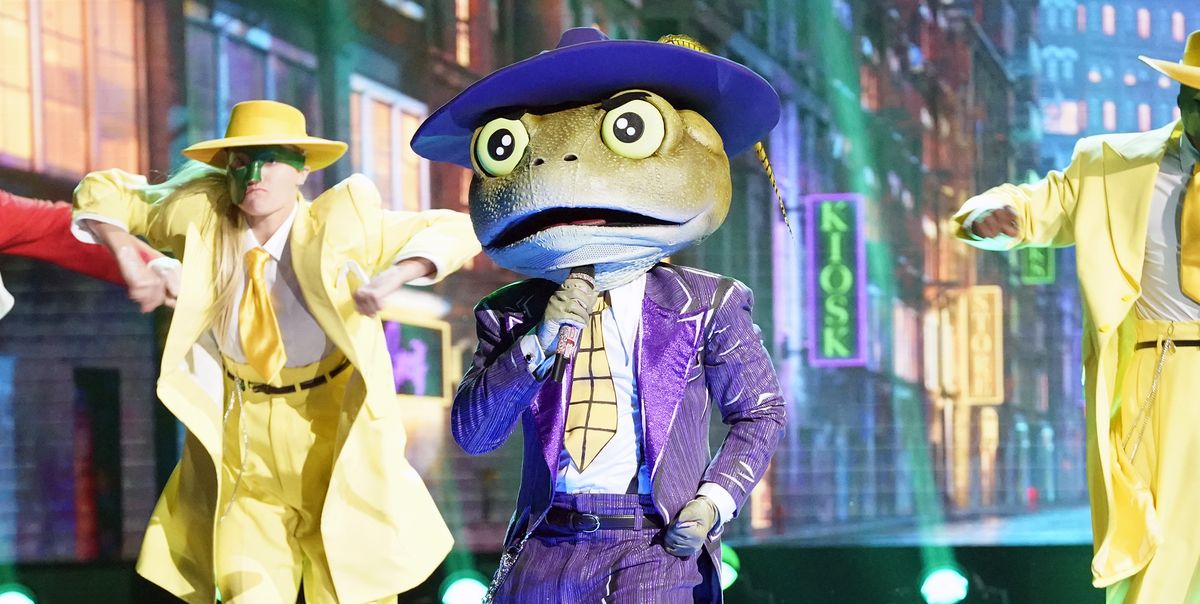 Frog raps, Frog dances, and he can definitely keep panelists and viewers on their toes. The performer has belted out energetic songs and has done them spectacularly. ‘The Masked Singer‘ Season 3 has been infinitely better, thanks to Frog. Naturally, this triple threat moved past the group stages, into the ‘Super Nine’.

There have also been questions about who Frog is. The character started off as an enigma, with many commenting on how Frog’s outfit reminded them of Jim Carrey in ‘The Mask‘. However, now that we have had the chance to see Frog on the stage, for a few performances, we believe we have some accurate guesses about his identity.

Curious to find out the latest clues and guesses? We have got you covered. We also suggest that you check out the first and second clue packages provided by Frog, to see if anything jumps out at you.

Frog has always had visually rich clue packages and the one in Episode 6 is no different, either. Frog’s clues are given out by his friend, whom Frog describes as a woman who was instrumental in the early stages of his career but was seldom seen.

An invisible woman tells us that she knew Frog would be a superstar, from the time he was a tadpole. She says she looked out for him when he was in LA. Frog seems to have had an entourage at all times. He also went to a late-night talk show with this friend.

She comments on how he was cool, calm, and collected. The friend is confident that Frog will go far, in the competition, due to his perseverance. Visually, we see a comb, shampoo, a green bow tie, and a blue flower on a lily pad. Frog performs “You Dropped a Bomb on Me” by The Gap Band.

After his performance, he gives T-Pain, the guest panelist for the episode, a bracelet that reads “All We Do Is Win”. You can check out Frog’s clue package below.

We would like to reassert the fact that Frog is indeed Bow Wow, the rapper. He started at an early age, and many of the clues from the first two packages, tie in with Bow Wow, including the names of his albums. However, it is the third clue package that seems to seal the deal.

Clues like ‘entourage’ are a dead giveaway because it refers to Bow Wow being a part of ‘Entourage’. We already know that he started early in his career, which is referred to, multiple times, in Frog’s clue packages. The shampoo and comb could refer to a couple of things.

Bow Wow had a deal with Michael Vick’s Wave Masterz hair product line, which fell through. However, Bow Wow supported Vick. It could also refer to his daughter’s hairstyling video on her YouTube channel. The real clincher has been the bracelet given to T-Pain. Many thought the words there refers to a Ludacris song.

However, it actually refers to a song Bow Wow and T-Pain did together, where the line goes “And they get mad when you win ’cause that’s when they lose.” All of Twitter seems to be in agreement about Frog being Bow Wow, as you can see from the tweet below.

This guy had a rented jet on ig. #bowwowchallenge
But real talk he is the frog on @FOXTV @MaskedSingerFOX https://t.co/k9r7ILHz9g

While Frog’s identity seems to be a foregone conclusion, we cannot wait to see the singer take the stage. Frog has been extremely entertaining, and we don’t anticipate him getting eliminated in the upcoming episode itself. Thus, with more clues, we can state to a greater degree of certainty whether Bow Wow is indeed wearing the Frog mask.