Who is Kwan Ha in Halo? Is She Based on a Video Game Character? 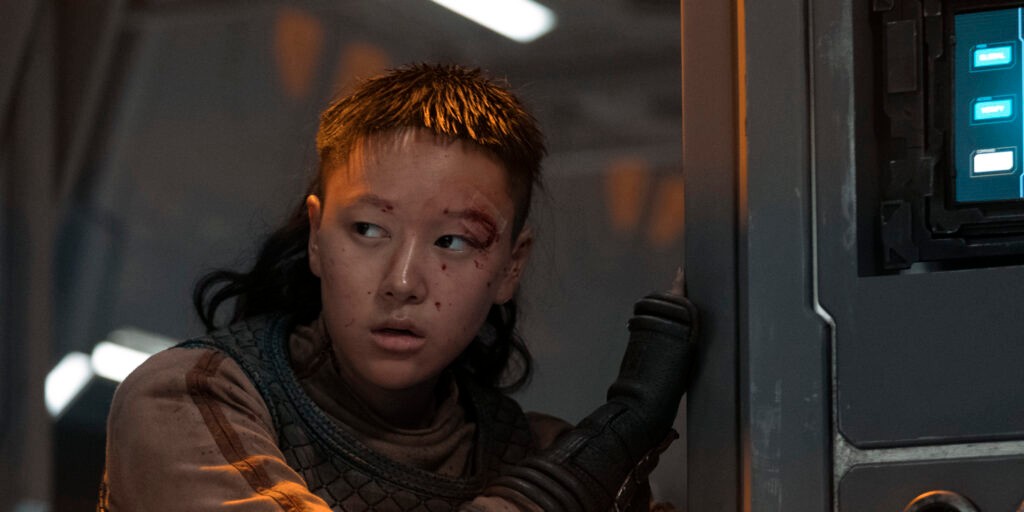 ‘Halo’ is a science fiction television series based on the acclaimed video game franchise of the same name. Developed for television by Kyle Killen and Steven Kane, it is set in the 26th Century, as humans encounter a hostile alien group known as Covenant. As the conflict between humans and the Covenant sparks, the life of a young girl named Kwan Ha is changed forever.

As Kwan takes center stage in the show’s overall narrative, viewers must be curious to find out more about the character and her video game counterpart. If you are wondering whether Kwan is based on any character from the games, here is everything you need to know! SPOILERS AHEAD!

Who is Kwan Ha?

Kwan Ha is one of the main characters of the ‘Halo’ television series and is introduced in the series premiere episode titled ‘Contact.’ She is a resident of the Outer World planet Madrigal, a human colony fighting for independence against the United Nations Space Command (UNSC). Kwan is a strong-willed teenager who harbors a dream of leaving her home planet behind to explore the world. However, she experiences a tragedy when aliens of the Covenant destroy her home outpost. Kwan’s father, General Ha, is killed while protecting his daughter.

At the end of the first episode, Kwan is saved from certain death by Master Chief Petty Officer John-117, the leader of the Spartan Silver Team. Together the duo flees from the UNSC. Actress Yerin Ha essays the role of Kwan Ha in the series. The Australian-Korean actress is known for her performance as Ah Rah in the crime show ‘Troppo’ and Technie Jane in the drama series ‘Reef Break.’

Is Kwan Ha Based on a Video Game Character?

‘Halo’ features numerous characters that fans of the original video game franchise will instantly recognize. From protagonist Master Chief to Dr. Catherine Elizabeth Halsey and Miranda Keyes, most central characters in the television adaptation have their roots set in the games. However, as far as Kwan Ha is concerned, the character is an entirely original creation for the television series and does not have a video game counterpart.

However, Kwan’s home planet, Madrigal, is indeed an element present in the games, thereby tying the character to the franchise’s existing mythology. In an interview, actress Yerin Ha expressed her relief at the fact that her character is not based on an existing character from the games. She stated that it allowed her creative freedom the shape her performance as Kwan without feeling the burden of expectations from the fans. She called playing Kwan a creatively fulfilling experience.

Ultimately, Kwan is a fictional character created to further the narrative of the television series. By focusing on a character such as Kwan, the series sets itself apart from the games, which typically revolve around the military personnel in the ranks of the UNSC. Moreover, by rooting Kwan’s story arc in tragedy, the narrative adds an angle of humanity to the otherwise extraterrestrial science fiction-heavy elements of the show.

Read More: What Is the UNSC? What Is Article 72 in Halo?