Who is Manny in Tulsa King? Is the Fennario Ranch a Real Place? 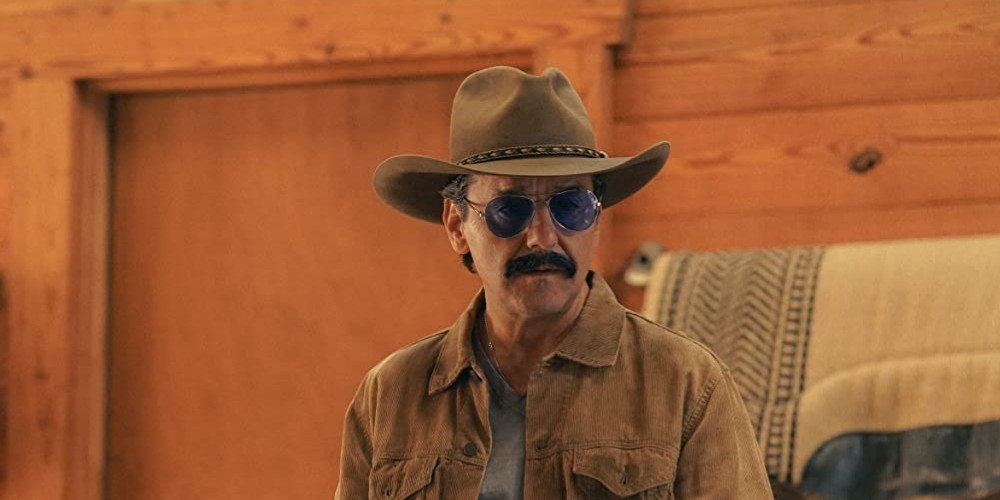 The Paramount+ crime drama ‘Tulsa King’ is the tale of Dwight “The General” Manfredi (Sylvester Stallone), a New York Mafia capo on a new assignment in the small town of Tulsa, Oklahoma. The series is created by Taylor Sheridan, with Terence Winter serving as the showrunner. The narrative slowly unfolds as viewers learn about Dwight’s present ambitions and dark past. However, Dwight finds it challenging to establish a new crew in the city while also coming to terms with his actions as a criminal.

Amidst the internal and external conflicts the mafia capo faces, viewers receive a different perspective on life in Tulsa through the introduction of Manny. The mild-mannered and polite Tulsa-based rancher seems to share a past with Dwight and could become a major force as the narrative progresses. Therefore, viewers must be curious to learn more about Manny and his Fennario Ranch, a new setting that adds a contrasting visual aesthetic to the show. If you wish to find out the details about Manny and whether the Fennario Ranch n ‘Tulsa King’ is a real place, here is everything you need to know! SPOILERS AHEAD!

Manny is introduced in the second episode of the series, titled ‘Center of the Universe.’ He is a ranch owner living in Tulsa, and his real name is Armand Truisi. Manny has an unspoken past with Dwight “The General” Manfredi and appears scared of the mafia capo. Therefore, he asks one of his contacts to confirm if Dwight is actually in Tulsa. In the episode, Manny learns that Dwight is in Tulsa and immediately fears for his life. As a result, he tries to search for answers about The General’s motives.

It is implied that Manny had wronged Dwight in the past, and the mafia capo could seek revenge for the same. However, the exact nature of Dwight and Manny’s past relationship is yet to be fully explored. The two were likely friends before a series of events led to an enmity between them. Furthermore, Manny could have an indirect connection to Dwight’s imprisonment or might also be related to Dwight’s daughter, Tina.

In the series, actor Max Casella plays the part of Armand “Manny” Truisi. Casella is known for his performance as Michael Kessler in the Amazon Prime comedy-drama series ‘The Marvelous Mrs. Maisel.’ Some viewers might also recognize him as Emerson Lake from the crime-drama series ‘Ray Donavan.’ The actor’s other credits include films such as ‘That Cold Dead Look in Your Eyes,’ ‘The Tender Bar,’ and ‘Paper Spiders.’ Casella is credited as a series regular for the first season of ‘Tulsa King.’

Is the Fennario Ranch a Real Place?

The Fennario Ranch first appears in the second episode of the series. It is owned by Armand “Manny” Truisi and primarily focuses on horse breeding, especially for races. Moreover, one scene features Manny discussing race betting odds with a patron. Therefore, it is safe to say that the Fennario Ranch is not only a classic ranch in the American West but might also serve as a front for some illegal activities. Thankfully, for the residents of Tulsa, the ranch does not exist in reality. The series is primarily set in Tulsa, Oklahoma, and there is no evidence of a ranch named the Fennario Ranch existing in the state.

Instead, it is a fictional addition to the show’s narrative. The Fennario Ranch firmly established Manny’s character as someone who is rooted in Tulsa’s culture. Therefore, he is a direct anti-thesis of Dwight “The General” Manfredi. His ranch is a crucial factor in Manny’s social standing that will likely play a more significant role in the story as episodes progress. Ultimately the Fennario Ranch is a fictional element that adds to the show’s Western aesthetic and gives viewers a direct parallel to Dwight’s criminal empire he is building in Tulsa. Thus, setting up potential adversaries Dwight and Manny poles apart from each other in a cultural context.