Who is Nicole Steele? Is She Based on a Real Person? 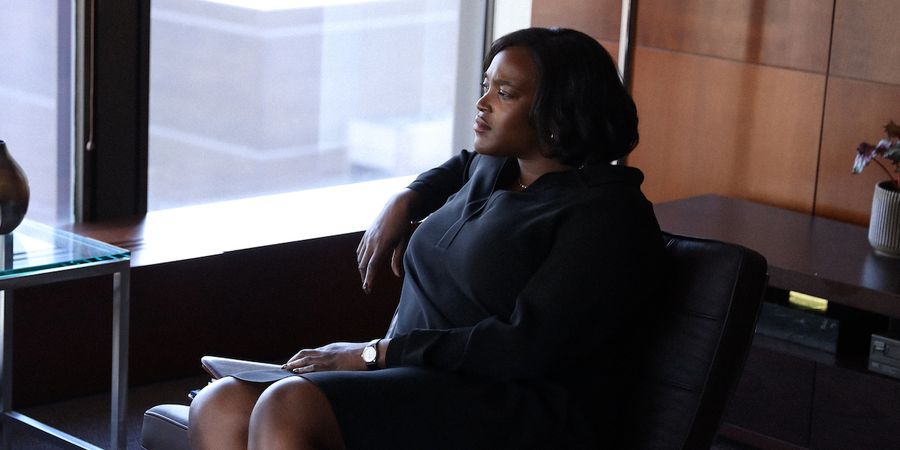 ‘We Own This City’ is a crime drama series that dramatizes the riveting true events that led to exposing the corrupt cops in the Baltimore Police Department. It is based on Justin Fenton’s 2021 nonfiction book of the same name and focuses on fictionalized versions of real-life police officers such as Wayne Jenkins and Daniel Hersl, who were involved in several criminal activities in the city.

Meanwhile, attorney Nicole Steele begins an investigation into the methods of the BPD’s Gun Trace Task Force. Therefore, viewers must be curious to learn whether the character is based on a real person. If you wish to find out the answers, here is everything we have gathered about Nicole Steele in We Own This City.’

Who is Nicole Steele?

Nicole Steele is introduced in the series premiere episode of ‘We Own This City,’ titled ‘Chapter One.’ Steele is an attorney who works at the Civil Rights Division of the Department of Justice. She becomes involved in the department’s investigation of the Baltimore Police Department’s Gun Trace Task Force, a special unit that focuses on reducing crime by tracking illegal guns and drugs in the city. Steele collects information about the officers in the GTTF and contemplates whether their methods are justified or receive strict punishment.

Nigerian-British actress Wunmi Mosaku essays the role of Nicole Steele in the series. Born in Nigeria and brought up in Manchester, England, Mosaku studied at Trinity Church of England High School and Xaverian Sixth Form College before studying acting. She attended the Royal Academy of Dramatic Art in London and made her screen debut in 2006. Her credits include films such as ‘Batman v Superman: Dawn of Justice,’ ‘Fantastic Beasts and Where to Find Them,’ and ‘His House.’ Mosaku is arguably best known for playing Ruby Baptiste in ‘Lovecraft Country‘ and Hunter B-15 in ‘Loki.’

Is Nicole Steele Based on a Real Person?

No, the character Nicole Steele in ‘We Own This City’ does not appear to be based on any real person. In the series, Steele begins a probe into the conduct of the Baltimore Police Department officers after the death of Freddie Gray, a 25-year-old African American man who died in police custody. In reality, the incident did spark a Department of Justice investigation into the BPD. However, an attorney named Nicole Steele most likely did not work at the department during the investigation.

Moreover, it is possible that multiple attorneys handled the investigation. Hence, Steele is probably a composite character that presents the DOJ’s presence in the true story-inspired narrative. Nicole Steele is also absent from Justin Fenton’s nonfiction book ‘We Own This City,’ which serves as the primary source material for the show. Therefore, it is safe to conclude that Nicole Steele is a fictional character added to the narrative by the show’s writers. Steele’s investigation allows the series to explore the moral conduct of the BPD officers and comments on police brutality, which is a sensitive topic in modern-day America.